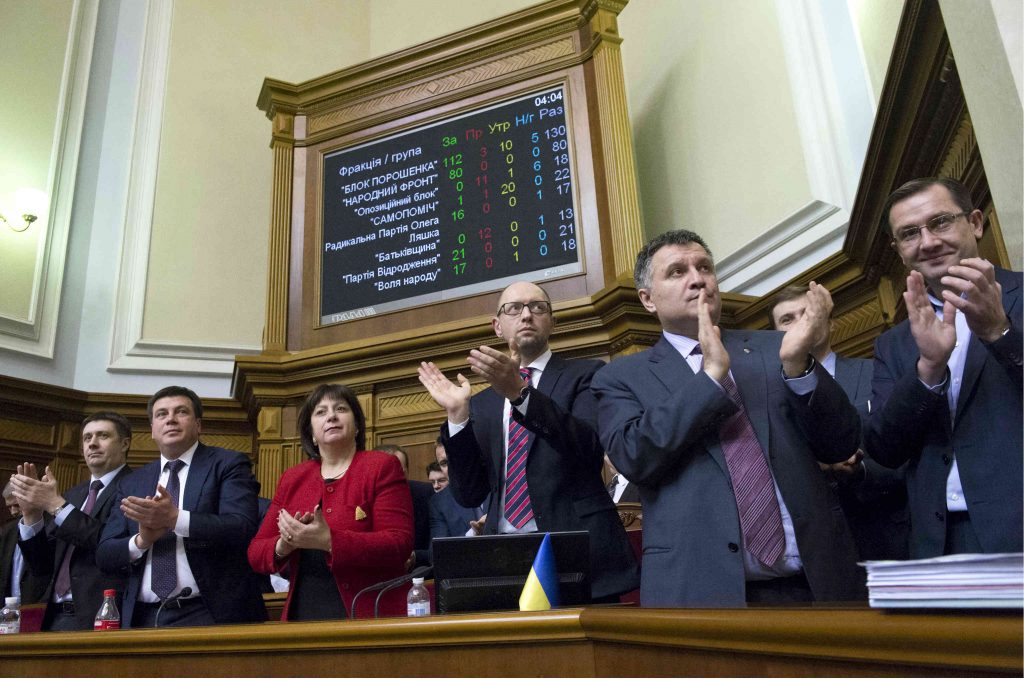 The outlook for the Ukrainian economy in 2016 is positive. Many important reforms were carried out in 2015. The necessary exchange rate adjustment has occurred and most required bank closures have taken place. The parliament has adopted tax changes and a decent budget for 2016. The debt restructuring deal has postponed foreign debt service. The current account is in approximate balance. Now is the time to move forward with more structural reforms.

1. The governing coalition needs to hang together, at least the Poroshenko Bloc and the People’s Front. They can gather alternative support for various votes. Early parliamentary elections should be avoided in 2016, and those in power are presumably interested in doing so.

2. If the coalition is to survive, Ukraine’s leaders need to put up a credible fight against corruption. That means that they have to sacrifice several top policymakers who are evidently guilty of corruption. The choice is theirs, but real culprits must be exposed, sacked, and punished.

3. To fight corruption, reform of the general prosecutor’s office and the court system has to start. This will be a prolonged battle, but the government can no longer avoid it.

4. Energy reform has been one of the greatest achievements in 2015 and it needs to be completed. From April 1, 2016, all energy prices should be unified to avoid further privileged arbitrage for certain insiders. A real market for gas and electricity can and should be introduced and supervised by a truly independent regulator. The repression of independent gas producers through taxation, market regulation, and criminal prosecution needs to stop.

5. A mission from the International Monetary Fund is likely to come in mid-January and clear Ukraine for a major disbursement in early February. Yet it will be a challenge for the government to keep the IMF happy as populist pressures persist.

6. On the monetary side, everything looks promising. Most of the bank closures have been carried out, and the international reserves have risen from $5 billion in March to currently $13 billion, which is sufficient to keep the exchange rate stable. With the next IMF disbursement, reserves will rise so that the current draconian foreign exchange restrictions can be eased somewhat. In 2016, inflation will continue to fall, and with that the National Bank of Ukraine can cut the interest rate, and gradually a new credit expansion can start.

8. Russia might actually return the occupied Donbas to Ukraine. The appointment of Boris Gryzlov as Russia’s top negotiator in Minsk is an important positive signal because he settled the Orange Revolution in December 2004. Another important Russian personnel change is that Deputy Prime Minister Dmitri Kozak has replaced Vladislav Surkov as the Kremlin man dealing with the Donbas. While Surkov is a notorious troublemaker, Kozak is a manager of frozen conflicts. The Kremlin currently ignores Ukraine, while focusing on its war in Syria. These negotiations with Russia must be a top government priority. The mutual sanctions, however, are likely to last.

9. Ukraine’s economy is set to grow more than Russia’s in 2016. After two quarters of stabilizing output, 2016 is likely to see economic growth, and when growth starts it is usually higher than expected (currently 2-3 percent) because so many resources are underutilized after a big output fall.

10. The European Union cannot stay so passive any longer. The EU Association Agreement is now fully in force. That means that the EU is obliged to provide more effective assistance to Ukraine. What is most important is that the EU is likely to open up for visa-free travel for Ukrainians in the summer of 2016.

My outlook is quite optimistic because so many reforms have been implemented in 2015, and Ukrainian politics have hung together. Now the public concerns about corruption need to find constructive outlets so that corruption really declines. Yet, Ukraine remains sadly poor and will do so for years.

Anders Åslund is a senior fellow at the Atlantic Council and author of the book “Ukraine: What Went Wrong and How to Fix It.” This article was originally published in Russian by Novoye Vremya and has been abridged.