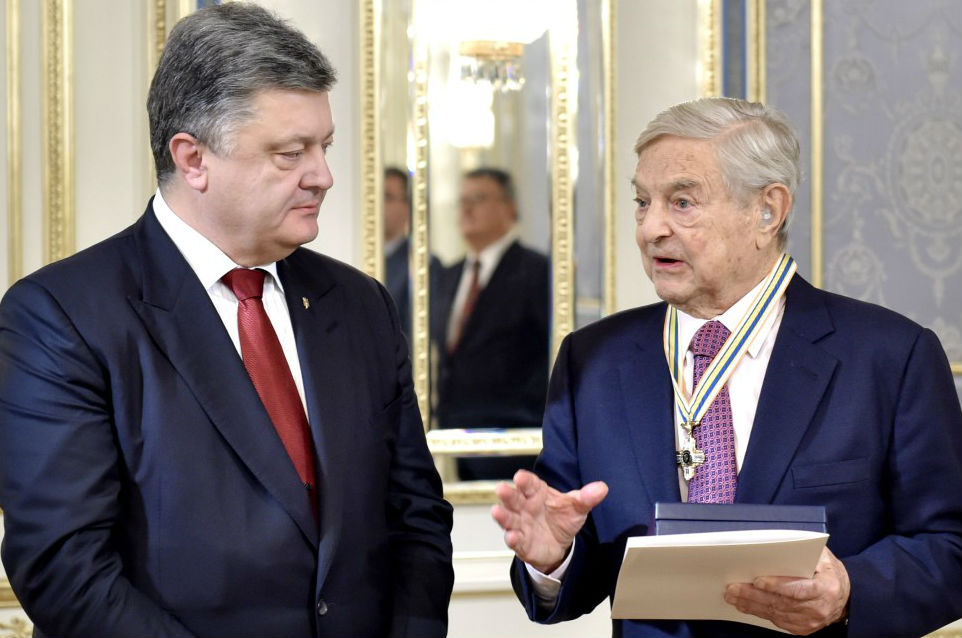 In his 2011 essay, “My Philanthropy,” George Soros described his approach to charitable giving. “I relish confronting harsh reality, and I am drawn to tackling seemingly insoluble problems,” he wrote. Indeed, it is with a consistent determination, generosity, and unwavering faith in Ukraine’s potential that Soros established the International Renaissance Foundation (IRF) twenty-five years ago as an independent member of his global Open Society Foundation network. It was the first step in what proved to be a long and ambitious journey toward a new Ukraine.

Since 1990, no other private donor—either domestic or international—has traveled a longer distance in helping Ukraine develop a market economy, accountable government, and independent media. Soros’ political and strategic philanthropy is an inspirational example of how one man’s vision and unflagging commitment to the open society ideal can change the lives of millions.

In total, Soros has provided over $181 million in support of almost 17,000 civil society initiatives in Ukraine that were implemented by thousands of activists throughout the country. In times of post-Soviet chaos and socioeconomic turmoil, when former party apparatchiks-turned-businessmen were busy redistributing state wealth and property, Soros wasted no chance to provide assistance to the backbone of Ukraine’s society: schoolteachers, university professors, and independent scholars. His foundation quickly developed a reputation as a prominent intellectual hub and social innovation lab where new approaches to the country’s many challenges were both designed and tested.

There have been not only successes but also failures along the road. After the Orange Revolution, Ukraine’s civil society mistakenly presumed there would be no backsliding to authoritarianism. Activists spent too much time feeling exuberant and euphoric, instead of keeping the government of Viktor Yushchenko and Yulia Tymoshenko in check. Some experts argued that IRF and other foundations were disconnected with reality and only worked with a narrow circle of “traditional suspects,” or the so-called “NGO-cracy,” whose leaders were busy networking with Western embassies rather than engaging with citizens.

When history gave Ukraine its second chance, there was no time to repeat past mistakes. IRF proved to be a flexible and quick decision-maker, uniquely well-positioned to mediate among numerous donors and civic groups at the Euromaidan.

IRF also mobilized the best talent to back up the post-Euromaidan reforms process. Soros provided an additional $3 million in support of eight strategic advisory groups within the National Reform Council, and its one hundred experts drafted eighty reform bills in education, healthcare, deregulation, energy security, decentralization, administrative reform, and e-governance. More than thirty of them have already been voted in by the parliament of Ukraine.

Moreover, Soros has become one of the world’s most ardent advocates of the new Ukraine. He has published prolifically in the international press, calling for a new Marshall Plan for Ukraine and urging EU and US leadership to “Save the New Ukraine” and “Keep the Spirit of the Maidan Alive.” He also invested $1 million in Ukraine’s economy and encouraged others to do so, despite high risks.

The Central European University (CEU), established by Soros in 1990, is also playing an important role in bringing Ukraine’s victory closer. Almost 50 percent of CEU’s 650 alumni from Ukraine serve in the government, international organizations, and academia.

As a shrewd businessman, Soros never looks at Ukraine through rose-colored lenses. He acknowledges that on closer look, the current domestic situation is not as promising as it might seem from a distance. The ruling coalition, he argues, has yet to “live up to the expectations of the public” and “reaffirm…commitment to the new Ukraine.”

Yet Soros is highly optimistic because Ukraine, he says, is “something of a miracle…made possible by people willing to sacrifice their lives for their country.” Based on his confidence in Ukraine’s future, he pledged last month to continue supporting IRF for the indefinite future, even after his lifetime.

And thus today, when Ukraine’s oligarchs are still busy redistributing wealth and stealing from their own people, it is high time to reflect on Soros’ philanthropy, acknowledge his numerous admirable achievements, and simply say “Thank you, George!”

Thank you, George. Together we are many!

Image: On November 12, 2015, Ukrainian President Petro Poroshenko awarded philanthropist George Soros the Order of Freedom to acknowledge his personal contribution, and that of his International Renaissance Foundation, to the establishment of a new, democratic, and European Ukraine. Credit: Presidential Administration of Ukraine.