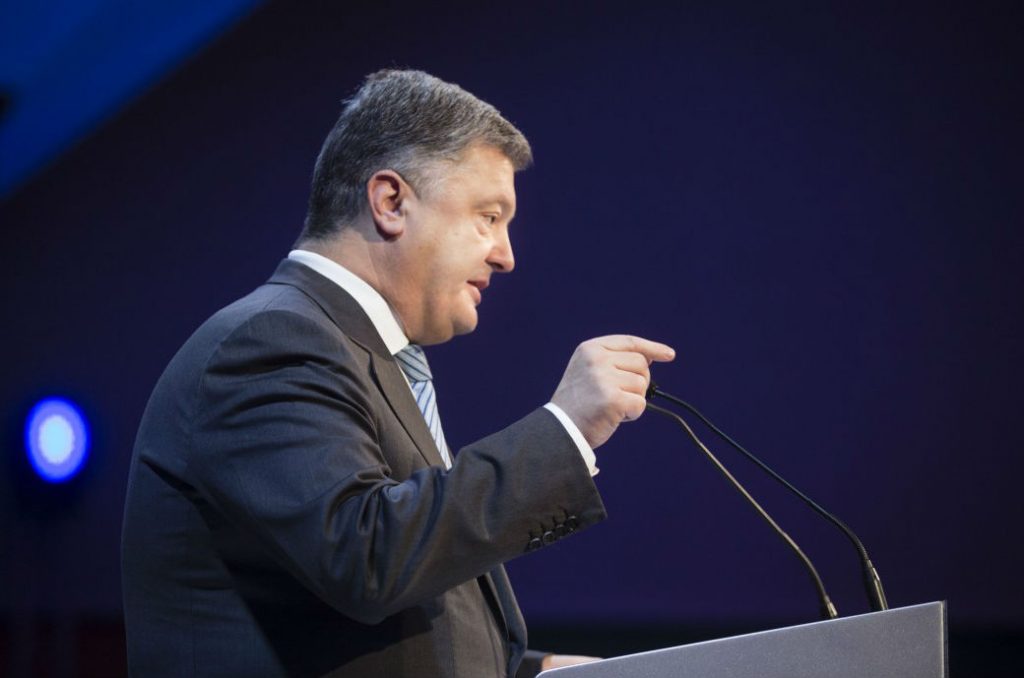 President Petro Poroshenko’s new restrictions on anticorruption groups are appalling and threaten to reverse much of the progress Ukraine has made since the Euromaidan. Some analysts who defend the new law have got the details all wrong. Others have sounded the alarm, but the fine points of the regulations remain murky.

On March 27, Poroshenko signed an amendment that makes anticorruption activists subject to the same asset declarations as politicians and public officials. Asset disclosure for public officials is a common international anticorruption practice. The logic is simple: public officials wield state power and are paid by taxpayers from the state budget; therefore taxpayers should have oversight over their earnings and spending. In Ukraine, the new amendment contradicts this logic; it enables the authorities to control the assets of activists, who serve as government watchdogs.

Even worse, the new law is selective. It applies only to anticorruption groups, specifically, persons who “receive funds or assets as part of implementation in Ukraine of programs of technical or other assistance in the sphere of prevention, combating corruption (both directly and through third parties…).” This vague wording means that it may apply to subcontractors of anticorruption NGOs, including landlords, printing houses, and water suppliers. Moreover, even innocent participants eating sandwiches and drinking coffee at an anticorruption roundtable funded by technical assistance could fall under the new law. It also applies to all development organizations and their international staff that “systematically” work on anticorruption projects.

Foreign board members will be included in the dragnet as well. Many NGOs in Ukraine have a mix of Ukrainian and foreign board members to provide oversight and strategic direction. The law requires “individuals who are the heads or members of executive boards, or other governing bodies of the NGOs…that are involved in activities linked to prevention or combating of corruption” to submit e-declarations.

The law gives discretion to the controlling and investigative agencies to decide what qualifies as technical assistance and who is performing anticorruption activities systematically. The penalties are serious: those who fail to submit e-declarations and/or provide false statements are liable to administrative and criminal responsibility and could land in prison for two years.

Passed by parliament on March 23, activists have already been required to report information about purchases and income over $3,000. The law obligates anticorruption activists and their subcontractors to submit e-declarations in 2018, but this information should reflect all asset changes from March to December 2017. It also stipulates that anticorruption NGOs and individuals who receive funding from them must provide specific information about financial payments upon the request of any interested party.

There are numerous problems with Ukraine’s new regulations. For one, they violate international standards, which prohibit “excessively burdensome or costly reporting obligations” on civil society. The Council of Europe emphasizes that “all reporting and inspection of NGOs shall be subject to a duty to respect the legitimate privacy of donors, beneficiaries and staff, as well as the right to protect legitimate business confidentiality.”

Second, Ukraine already adheres to the Council of Europe’s Fundamental Principles on the Status of Non-Governmental Organizations in Europe. NGOs submit monthly, quarterly, and annual tax reports to state authorities. All NGOs in Ukraine are subject to inspection. Moreover, all NGOs receiving funding from international donors provide regular programmatic and financial reports to donors. Finally, many organizations voluntarily undergo an external annual audit and publish programmatic and financial reports online. For example, my organization, the Anti-Corruption Action Center, lists its donors on our website.

By enacting this law, Ukraine is joining the ranks of those countries which significantly restrict the work of NGOs, countries like Russia, Belarus, and Uzbekistan, which begs the question: why did Poroshenko sign it in the first place?

Poroshenko said he wanted to amend the e-declaration law so that it exempted low-level soldiers. However, in the drafting process, MPs proposed language that expanded the law to include anticorruption activists, which was presented as a move to increase transparency and accountability. MPs from the Poroshenko Bloc almost unanimously supported it, and an initiative like this doesn’t happen without the president’s blessing.

It is clear that the government’s crafty strategy behind the working group is not a genuine offer; it’s an attempt to deescalate the controversy into a never-ending debate about the need for increasing transparency of the third sector. While I fully support the latter, it should start only after these detrimental amendments targeting anticorruption activists are abolished.

The guidance also compares Ukraine’s new law with requirements in the United States for NGOs to report details about salaries of key management. The fact is that NGOs in Ukraine are already obligated to report such information to the state. There are, however, crucial differences between the laws. US law applies to legal entities, while in Ukraine the law applies to individuals. US law pertains to all NGOs, but not so in Ukraine, where it pertains only to NGOs focused on anticorruption. US law requires the disclosure of top NGO salaries; in Ukraine, all activists must disclose their assets and expenditures as well as those of their family members.

The key problem with this law is that the president wants to use it to discredit watchdogs and complicate our work.

Since the Euromaidan, Ukraine’s major anticorruption achievements have been a result of constant pressure from NGOs and foreign partners. We often had to force the government to go along. Setting up e-declarations for public officials, establishing the National Anti-Corruption Bureau, making information from state registries on movable and immovable property public, enhancing transparency of public procurement, improving asset recovery legislation were all steps Ukraine took to fulfill IMF and EU requirements, and ones that we pressed hard for.

Ukraine is set to receive a number of benefits for its progress in the fight against graft. On April 6, the EU Parliament will vote to grant Ukraine visa-free status. In addition, the IMF just approved its next $1 billion tranche, which was conditioned on anticorruption deliverables. The EU is getting ready to transfer 600 million Euro of microfinancial assistance, which was also linked to specific anticorruption requirements.

After Ukraine gets these carrots, nothing will prevent the authorities from using their new law in full force against us. At the end of the day, without civil society’s watchful eye, Ukraine’s anticorruption reforms will become no more than checkmarks in forgotten reports of the EU, IMF, and other international partners. Mark my words: There will be an orchestrated campaign to smear and discredit anticorruption activists like me and my team, and attempts to intimidate us through selective investigations and prosecutions.

We will keep at it. We will fight this tooth and nail. But the question remains: Will anyone in the West stand up for us and for the dignity of all Ukrainians?