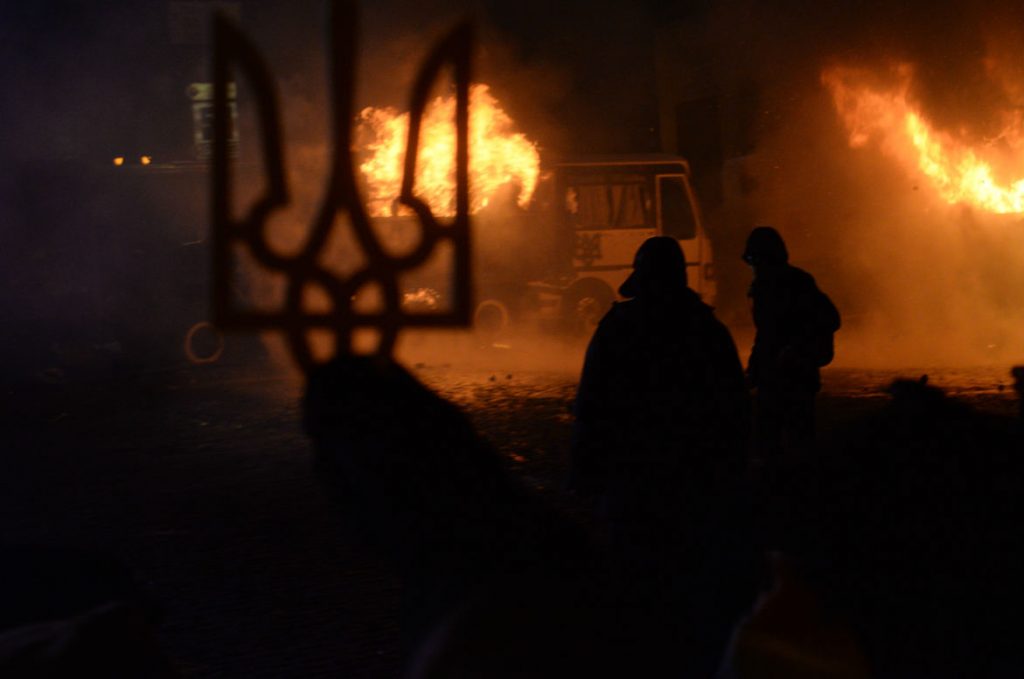 During a time of war, history becomes a weapon used to justify claims and raise soldiers’ spirits. In this case, successful histories are simple, unequivocal, and confirmed by the experiences of past centuries.

The current Kremlin version of history of the relationship between Russia and Ukraine fully meets these criteria. According to Moscow, there was once a great nation that was divided by its enemies (Mongols and Poles). Since then, the two related peoples have yearned to be reunited, but evil enemies (Austrians, Poles, and Americans) have used arcane tricks to keep them apart. This version has been recited by many Western scholars, and can be found in some of the most recent books on the topic.

The dominant Ukrainian narrative is no more complicated: Ukraine is an ancient nation which has always strived for freedom and independence, but evil enemies on all sides have done their best to prevent Ukrainians from creating their own state. The Ukrainian dream was finally achieved only in 1991.

Many distinguished historians have tried to write the comprehensive history of Ukraine, but each has been a product of his or her zeitgeist, with its biases and limitations. In these circumstances, one must admire the courage of Harvard Professor Serhii Plokhy, who took upon himself the challenge to rethink the history of Ukraine from Herodotus to the present day, embarking upon a long path filled with ideological traps. His major distinction from his predecessors is that he has interpreted the history of Ukraine applying the modern concept of national identity, which is still not widely familiar in post-Soviet republics.

The history of Ukraine, as we see in Plokhy’s magnum opus, The Gates of Europe, is much more winding and fascinating than either Russian and Ukrainian nationalists describe. In particular, Plokhy repeatedly shows how flexible the Ukrainian elites were during various eras, how easily they managed to adjust to the political cultures of the kingdoms and empires to which Ukraine belonged, and how quickly they moved up in the pecking order.

For example, after the creation of the Polish–Lithuanian Commonwealth in the sixteenth century, the Ukrainian magnate families of Ostrozsky and Vyshnevetsky were easily integrated into Polish aristocracy. In the Tsardom of Muscovy, “Simeon Polotsky helped to lay the foundations for the emergence of Russian secular literature,” writes Plokhy, while the Synopsis written in Kyiv provided Moscow Tsars with reasons to claim Kyivan Rus heritage. As Plokhy notes, “Russian empire builders would fully appreciate the innovation of the Kyivan monks…only in the nineteenth century.” And Kyivan theologians influenced religious reforms occurring in Moscow, causing a split in the Muscovite Orthodox Church.

In the Russian Empire, Ukraine became a source of cadres for the imperial administration. “Between 1754 and 1768 alone, more than three hundred alumni of the Kyiv-Mohyla Academy chose imperial service or moved to Russia… There were twice as many Ukrainian as Russian doctors in the empire,” Plokhy writes. Alexander Bezborodko, who was Ukrainian, became the Grand Chancellor of Russia and the chief designer of Catherine the Great’s foreign policy.

In the Soviet Union, particularly during the time of Nikita Khrushchev and Leonid Brezhnev, there was a conveyer belt of Ukrainian cadres filling senior positions in the Communist Party, the Soviet Army, and the KGB.

Turbulence, when it happened, was never caused by established elites, but by newcomers from lower social layers who wanted to move up the social ladder. For example, in the seventeenth century Cossack officers wanted to be included in the Polish nobility. It was only when their demands were rejected that the Cossacks started to look for allies against Poland. Bohdan Khmelnytsky, their leader, was willing to accept the suzerainty of the Ottoman Sultan, the King of Sweden, or the Tsar of Moscow, or to enter into an alliance with the Crimean Khan or Moldovan Hospodar, in order to raise the social status of Cossack officers. The headlong decision to enter into a union with Moscow happened to be fateful, and could not be reversed despite a number of attempts.

The next wave of discontent with ethno-linguistic coloration came from rural Ukrainian-speaking areas. The tension was epitomized by the juxtaposition of two Ukrainian literary geniuses of the nineteenth century. Nikolai Gogol, who belonged to the Ukrainian gentry, opted to write in Russian and became a famous Russian writer, while Taras Shevchenko, a peasant, wrote in Ukrainian and laid the foundations of Ukrainian literature.

A weak movement for linguistic-cultural autonomy that sought support among the peasants of central Ukraine received an unexpected opportunity in 1917 with the collapse of the Russian Empire. However, Ukrainians were not eager to fight and die for their own state, and the first attempt to declare an independent Ukrainian republic failed.

Another boost for Ukrainian national identity came unexpectedly from Soviet authorities who not only created a Ukrainian Soviet Socialist Republic but also launched a program of “Ukrainization” of the newly created polity. Though brutally interrupted by Stalin in 1929, the results of Ukrainization could never be completely dismantled.

The next opportunity for Ukraine came with the collapse of the Soviet Union in 1991. Ukraine’s communist elite was not eager to support Gorbachev’s perestroika, and when the August 1991 coup happened, “the Ukrainian Communist leadership, headed by Leonid Kravchuk, refused to implement the emergency measures, but in striking contrast to Russian President Boris Yeltsin in Moscow, did nothing to challenge the coup.” However, after the failure of the anti-Gorbachev conspiracy, Ukrainian Communists embraced this new opportunity and declared Ukraine’s independence.

It took another twenty-two years to de-Sovietize the new nation, and the process isn’t yet complete. Two civil uprisings, the toppling of the pro-Kremlin President Viktor Yanukovych, the deaths of dozens of pro-democracy activists, Russia’s annexation of Crimea, and a war with Russia which has claimed at least nine thousand lives led to the birth of the Ukrainian civic nation, where ethnic Ukrainians, Russians, Jews, Tatars, and others consider themselves Ukrainian citizens, regardless of their linguistic and religious affiliation.

Plokhy’s book was written to help Western readers sort out a plethora of controversial information about Ukrainian history, which emerged at the beginning of the 2014 Russo-Ukrainian conflict. Hopefully, it will also help Russian and Ukrainian readers understand and accept the complex history of their relationship.

Alexei Sobchenko is an independent analyst and a former US Department of State employee.

Image: Ukraine’s coat of arms stands in bold relief against the Dynamivska Street barricades during the Euromaidan protests on January 19, 2014 in Kyiv. Credit: Mstyslav Chernov/Creative Commons