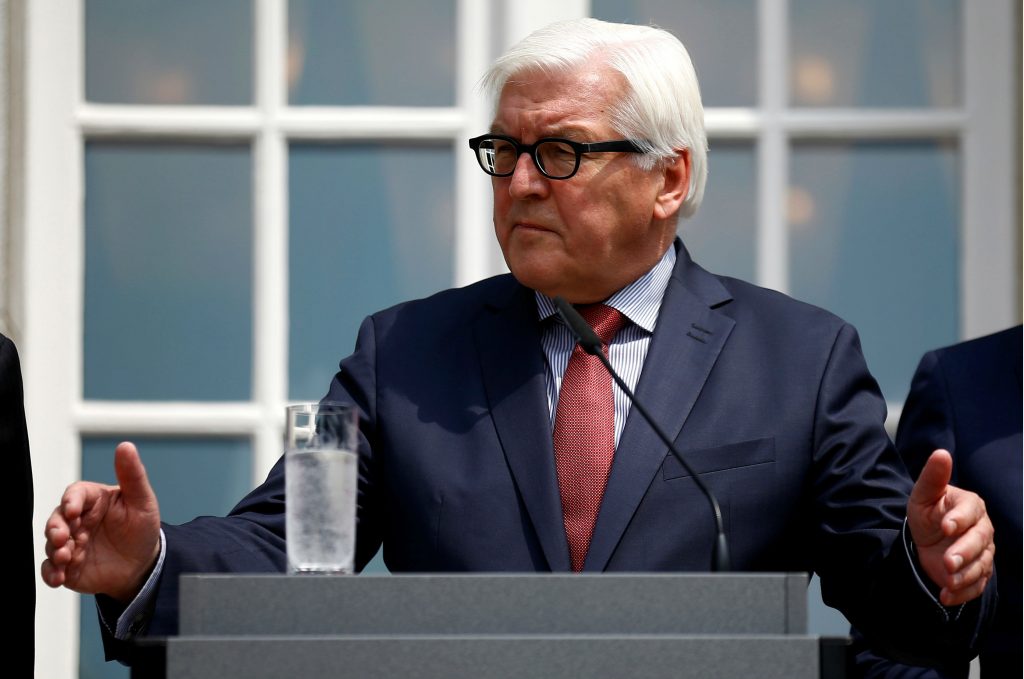 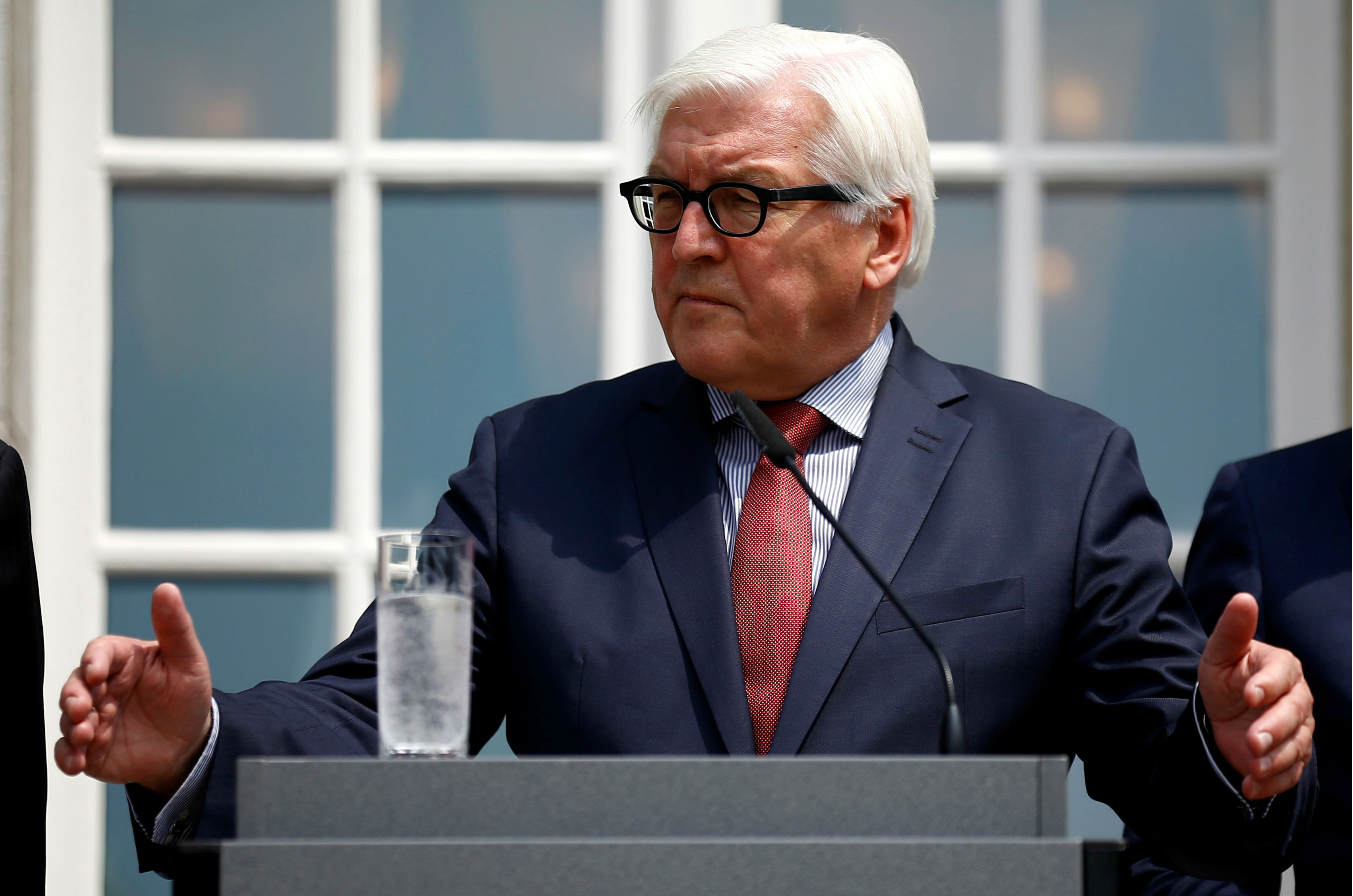 This time, Theo Sommer has outdone himself. After closing his eyes to the mass murders of the Soviet regime in an article published on May 31, the editor-at-large of Germany’s prestigious Die Zeit newspaper has now demonstrated in a just-published piece an alarming ignorance not just of Ukraine but of elementary strategic logic. The former is scandalous, given Ukraine’s prominence in the news. The latter is dangerous and could destroy Europe.

Sommer defends German Foreign Minister Frank-Walter Steinmeier’s recent claim that NATO has been engaging in “saber rattling and warmongering” vis-à-vis poor Vladimir Putin. Steinmeier’s alarming inability to distinguish between cause and effect—after all, it was Putin’s invasion of and continued aggression against Ukraine that terrified Russia’s neighbors and mobilized NATO—is either a serious cognitive failing or an instance of spineless appeasement.

Here’s what else Sommer gets dreadfully wrong in his article.

Very well, so Sommer’s attitudes toward Eastern Europe are identical to those of Putin, imperial Germany, and—dare I say?—Nazi Germany. They may not be politically correct, but is that all there is to his views?

Unfortunately, Sommer also misunderstands the fundamentals of strategy—and that could destroy Europe. He hopes to assuage “exaggerated” Eastern European fears by telling Poles and Balts that “Article Five of the NATO Charter—an attack on one is an attack on all—obviously applies to them as well.” Then, after criticizing NATO troops’ stationing in the Baltic states, Sommer writes: “The deterrence of Russia does not depend on a few more or less battalions stationed in Lithuania, Latvia, Estonia, and Poland, but in the final analysis exclusively on the nuclear deterrence potential of the Americans and the credibility of their willingness to use” the weapons.

These few lines are absolutely terrifying. For starters, Sommer has either failed to read all of Article Five or failed to understand it. It states explicitly that, while, yes, an attack on one will be regarded as an attack on all, states will determine on their own just how they will respond. Armed force is not the primary response.

So in a situation of Russian aggression against the Baltic states, Germany could call a peace conference, France could stage a demonstration, and the United States could protest at the UN—none of which would actively repel Russian troops. Small wonder, then, that the Balts want NATO troops in their countries now. They know full well that the only way their NATO brethren might intervene against Putin’s aggression is if their own soldiers serve as a trip wire and lose their lives. As the war in eastern Ukraine has shown all too well, Western Europeans and Americans will not sacrifice their own lives for Eastern Europeans.

Far more worrisome is Sommer’s fatuous claim that the security of the Balts depends on America’s willingness to defend them with nuclear weapons. This statement makes sense only if Sommer actually welcomes America’s employment of such terrible weapons in case Russia attacked Estonia. If he doesn’t welcome such an intervention, then he shouldn’t speak so lightly of the nuclear deterrent in the first place. If this isn’t warmongering and saber rattling, I don’t know what is.

At the same time, Sommer must know that America would never respond to a Russian aggression in the Baltic states with a first strike against Russia—and I doubt that any rational person would want it to. He is therefore being naïve, disingenuous, or mendacious in his endorsement of nuclear deterrence, and the Balts and Poles surely know that.

Since his defense of their sovereignty rests on an impossibility, it therefore amounts to a sellout. Sommer is actually telling his Eastern European neighbors that nothing should be done in case of Russian aggression. Europe will respond to a Russian invasion of Estonia with as much vigor as it did to Russia’s invasion of Ukraine. A few sanctions, a lot of tut-tutting—followed by Steinmeierian calls for cutting grand deals with Russia. One can imagine that Sommer will then write of the trump card in the West’s hand: the recognition of Russia’s annexation of the Narva region of northeastern Estonia.

It should be obvious that this attitude could destroy Europe. It heralds a German-Russian condominium—shades of the Molotov-Ribbentrop Pact of 1939—that will destroy NATO and EU unity and thereby force the Eastern Europeans to struggle to guarantee their security in the uncomfortable space between Russian imperialism and German indifference. Russian paranoia and German arrogance will only be strengthened by the go-it-alone behavior of the Eastern Europeans, thereby leading to the spiral of escalation that Steinmeier and Sommer so fear.

Alexander J. Motyl, a UkraineAlert contributor, is a professor of political science at Rutgers University-Newark, specializing in Ukraine, Russia, and the former USSR.