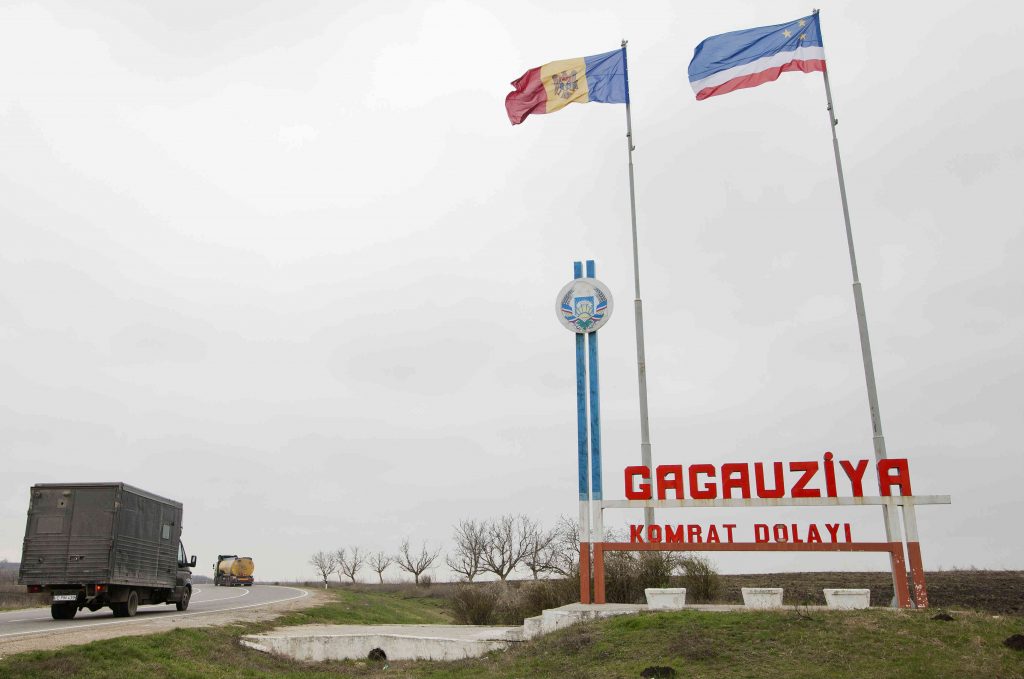 No part of Europe is too obscure for the Kremlin’s machinations. On April 6 in Odessa, a group claiming to represent ethnic minorities in southwestern Ukraine founded the National Council of Bessarabia (NRB). Released on a Russian-registered website, the NRB’s manifesto decrying “discrimination” and calling for greater autonomy was eerily similar to demands made in Donetsk and Luhansk before those regions sought independence last year.

Russia’s hybrid warfare tactics in eastern Ukraine have led policymakers in the West to focus on flash points where such tactics could succeed again. These include the Estonian city of Narva and Latvia’s Latgale region, both of which are predominantly Russian-speaking.

But analysts have missed southwestern Ukraine’s multiethnic Budjak region. Despite its obscurity, this region matters. It borders Moldova’s pro-Russia southern enclave, Gagauzia, and is not far from Transnistria, the frozen conflict area wedged between Moldova and Ukraine. Gagauzia recently held a referendum in which the population overwhelmingly rejected Moldova’s association agreement with the European Union. Transnistria is host to some 1,500 Russian troops and 400 peacekeepers. There is a real chance for spillover from Moldova, which—like Ukraine—Russia is trying to shift from pursuing a European course.

The Budjak region is best described as the place where the proverbial dog of ethnic conflict never barked. Other than some early attempts to form a Bulgarian or Bulgaro-Gagauz republic on both sides of the Moldovan-Ukrainian border after 1991, the region has been a backwater. It includes the nine westernmost districts of Odesa oblast, plus the cities of Izmail and Bilhorod-Dnistrovskyi. The Budjak is multiethnic: 40 percent of its residents are Ukrainians, 21 percent Bulgarian, 20 percent Russian, 13 percent Moldovan, and 4 percent Gagauz.

But its sleepy status could change. Initial reports accused existing ethnic minority leaders of having been the NRB’s “initiator and chief ideologue.” Anton Kisse, a former Party of Regions Member of Parliament and Bulgarian community leader, vehemently rejected these accusations. However, Kisse and other local leaders have been pushing Kyiv for more power. The government’s current efforts at decentralization open space for leaders like Kisse to push for more authority under some type of new “administrative-territorial division.”

The NRB represents the work of “anti-Western” political forces in Chisinău, Gagauzia, and Transnistria to “reproduce the Moldovan ‘model’ of weakening the state by exaggerated demands for self-determination on ethnic grounds and to create a broader anti-European front.”

In the short term, the NRB is unlikely to transform itself into a people’s republic along the lines of the separatist entities in Donetsk and Luhansk. For starters, it lacks a common border with Russia, and infiltrating “little green men” into the area would be difficult. Ukraine’s security services have stepped up activity in the area. A day after the Odessa conference, the Security Service of Ukraine (SBU) arrested some two dozen people. And local leaders are not enthusiastic, having challenged those behind the NRB to explain “why they want a repetition of the scenario seen in the east of Ukraine.”

The true lesson of Crimea and the Donbas, unlike previous frozen conflicts, is that Moscow doesn’t need actual cultural divides. Often, the most minimal level of discontent is enough to serve as a pretext for turning artificial divisions into real ones. Take Crimea, for instance, where current Prime Minister Sergei Aksyonov was a fringe figure whose pro-Russian party received a mere 4 percent of the vote in the previous election; or the Donbas, where Denys Pushylin, first leader of the Donetsk People’s Republic, scrounged up less than 1 percent of the vote in 2013.

The Kremlin does not have to send in troops to succeed in the Budjak. The use of hybrid tactics is likely to be sufficient to destabilize the area. Merely drawing attention away from fighting in the east is an end in itself. If Ukraine and its Western allies—especially NATO and EU members Romania and Bulgaria—do not closely monitor the situation, outside provocateurs may be able to exploit legitimate economic grievances in the Budjak. These include the lack of a modern highway link to the rest of Ukraine to foster interethnic tension and undermine what has been a salutary example of the emergence of civic Ukrainian identity. In so doing, the Kremlin could set back the cause of European integration for not one but two countries.

Emmet C. Tuohy is a Research Fellow at the International Center for Defense & Security in Tallinn, Estonia. As part of a US Fulbright fellowship in 2006-07, he carried out field work in the Budjak region.

Image: A sign informs motorists of entering the territory of the autonomous Moldovan province Gagauzia, March, 27, 2014. Russia has just offered a lifeline for the winemakers of Gagauzia, an autonomous region of Moldova whose leaders do not agree with the country's push to join the European Union. Moscow banned wines from Moldova last year, depriving the industry of its biggest market - worth over $100 million annually - in what was widely seen as punishment for the former Soviet republic's drive to join the EU. But Mihail Formuzal, governor of Gagauzia, home to a 150,000 ethnic Turkic minority whose leaders oppose Moldova's EU course because of their Orthodox beliefs and history of close ties with Russia, has won an exclusive reprieve. REUTERS/Viktor Dimitrov