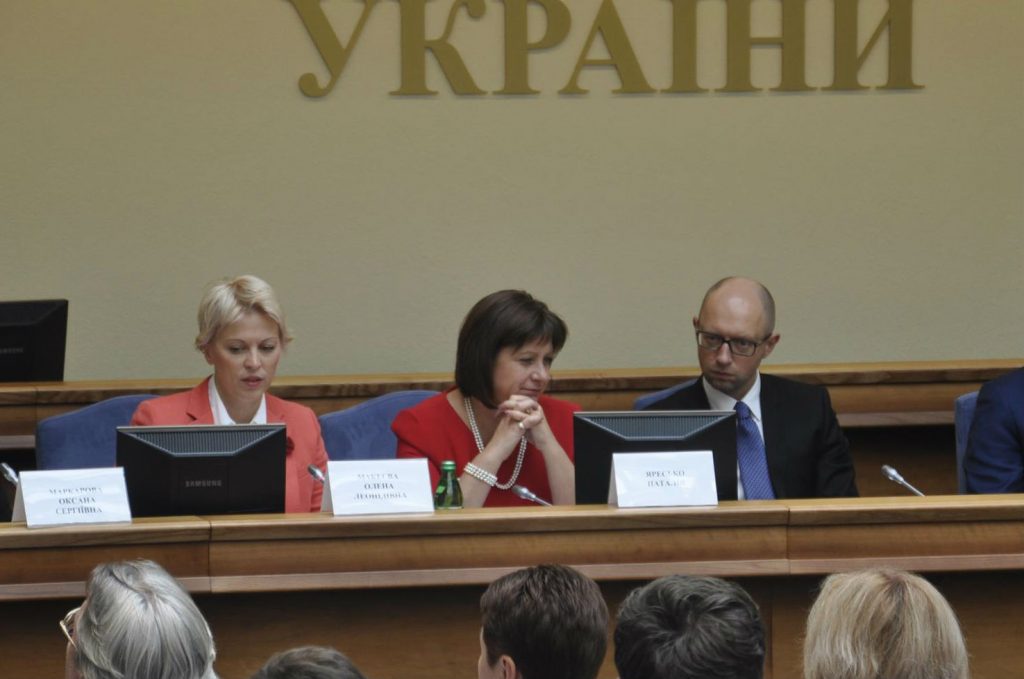 On July 24, Ukraine paid a $120 million coupon to service its sovereign debt. In many ways, this event is a moment of truth: it signals that there is a prospect of reaching an agreement with Ukraine’s creditors.

Earlier this year, Ukraine signed a major deal with the International Monetary Fund (IMF). The IMF agreed to loan $17.5 billion over the course of the next few years in exchange for sweeping reforms and restructuring of the country’s sovereign debt. While progress on the reform front is reasonably steady—the IMF is expected to approve the next $1.7 billion tranche at the end of July—negotiations with creditors turned out to be harder than anticipated.

A few hedge funds hold a considerable share of Ukraine’s public debt and have enough power to block any restructuring deal. These funds have held out: they haven’t agreed to any debt write-offs (“haircut”). Ukraine wants at least a 40 percent haircut. Negotiations are further complicated by the fact that Ukraine owes $3 billion to Russia and given the current climate between the countries, there’s no way that Russia will forgive even a penny of Ukraine’s debt. As a result, reaching an agreement with creditors holding 75 percent of Ukraine’s debt appears difficult.

Many economists, including Larry Summers, find private bondholders’ position counterproductive: why should taxpayers in Ukraine or in other countries bail out private investors when Ukraine is effectively at war, has lost a significant part of its territory, and its economy is in trouble? Clearly, the debt burden weighs heavily on Ukraine’s public finances. Ukrainian Prime Minister Arseniy Yatsenyuk said that the cost of servicing the debt is as large as defense spending: approximately 5 percent of GDP, which is one of the largest military spending shares in the world. This debt burden is not sustainable.

To strengthen the position of Ukraine’s government in the negotiations, parliament authorized the government to impose a moratorium on debt payments if this becomes necessary. The IMF also showed its support by stating that the program will continue even if Ukraine defaults on its bonds. These moves helped to inch the creditors to reveal their true position and start direct negotiation with the government. Yet, despite numerous rounds, the participation of Minister of Finance Natalie Jaresko in the talks, and some innovative thinking (e.g., Ukraine offered bonds that are tied to the performance of its GDP), there is no deal in sight. The process has turned into a war of attrition.

Somewhat surprisingly, as time goes by, the financial markets believe that Ukraine is less likely to default. Figure 1 shows that the credit default spread (CDS) fell from 4,000 basis points to about 2,000 basis points. These spreads mean that the probability of default decreased by a half relative to its peak. Ukraine’s July 24 payment is consistent with the view that Ukraine does not want to default and would rather have a peaceful restructuring of debt. However, the probability of default remains very high: Bloomberg puts the probability at 27 percent, the highest in the world. Why?

Looking at the schedule of payments on Ukraine’s debt (Figure 2) suggests that the real test of Ukraine’s willingness to honor its debts will be later this year. First, in late September – mid October when Ukraine must transfer over a billion dollars to bondholders, a significant sum for the cash-strapped country. Second, in December when Ukraine is scheduled to repay $3 billion to Russia. This repayment faces enormous political hurdles: Ukraine and many other countries perceive Russia as an aggressor and the current government is likely to be bitterly criticized for paying those who inflicted so much damage on Ukraine. Many people think that Russia should pay Ukraine, not the other way around. Furthermore, the debt to GDP ratio is getting exceedingly unsustainable. Hence, the high probability of default.

In this light, Ukraine has a strong incentive to finish negotiations by early fall at the very latest. However, it should prepare for default. While the Greek experience may paint a terrifying prospect, the cost of default for Ukraine may be not as large as many observers think. First, unlike Greece, Ukraine has no access to private markets and so the penalty of being banned from the bond market is minimal at this stage. At the same time, Ukraine will continue to receive funding from the IMF, other international financial institutions, and other countries. Second, in contrast to Greece, Ukraine has its own currency which can be devalued to stimulate the economy. Third, Ukraine’s central bank can support the banking system while Greece depended on the European Central Bank which Greece did not control. Fourth, the fiscal stance is gradually improving and thus the need to print money to finance military spending is likely to be small. Finally, Ukraine’s property in foreign jurisdictions—assets that can be seized by creditors—is rather small and it may take years before creditors get a fraction of what they hold now.

Will Ukraine and its creditors reach an agreement? They should certainty work very hard to get there. It’s in no one’s interest for Ukraine to default.

Yuriy Gorodnichenko is an associate professor of economics at the University of California at Berkeley.