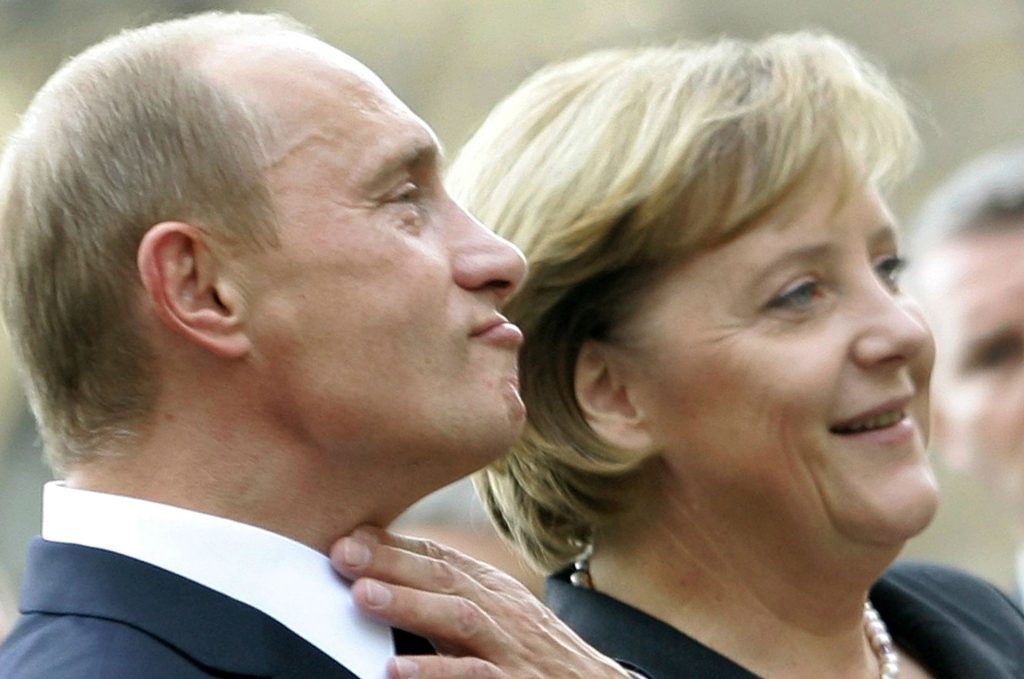 We overlapped, Vladimir Putin and me. Putin arrived in Dresden in August 1985 as a 32-year-old KGB major. He was working undercover as a consular officer, recruiting academics, journalists, and business people to spy for the Soviet Union in the West. I was in Dresden and throughout communist East Germany often in those days; I was a twenty-six-year-old high school German teacher and doctoral dissertation writer focused on Marxist-Leninist language theory and education in the so-called German Democratic Republic.

We never met (as far as I know). But on some two dozen trips—and through acquaintances and good friends—I got a feel in the 1980s for the systematic and pathological perfidiousness of Putin’s intelligence world. That’s because Putin’s KGB was maker, mentor, and master of the Stasi, the ubiquitous East German secret police. And while the KGB (and its successor, the FSB) may remain a bit of a mystery, we have a good deal of information about its prized pupil.

It’s enough to know that a US president who has had business dealings with Russia extending back decades to the time of the Soviet Union may indeed have issues. This is a shadowy world of autocrats, kleptocrats, oligarchs, and organized crime—often with links to Russian intelligence.

Here are three reasons for concern.

First, the appetite of Russian and allied intelligence services for information has always been insatiable. I knew of the Stasi through friends as “GHG,” for gucken, horchen, greifen—watching, listening, nabbing. The Stasi bugged homes, hotels, classrooms, restaurants, automobiles, gas stations; even Catholic confessionals and seats in the Dresden opera house. They were directed by slogans like “Get Everything” and “Everyone’s a Potential Security Risk”; Stasi boss Erich Mielke kept a file on Erich Honecker, the head of East Germany’s communist party. The Stasi was assisted by a vast army of informers. So you didn’t want to rat out a neighbor? The price might be that the heart medication your mother depended on would suddenly disappear from the pharmacy.

Communist intelligence services created bottomless pits of sticky glue to entrap and compromise people. The Stasi collected information on sexual habits, personal finances, medical records. One of my friends was pressed by the Stasi on my salary at Gonzaga High School. In a country of 16.7 million, the Stasi kept files on six million individuals, with an additional two million on West Germans.

The point here: On Donald Trump, his family, and business associates, rest assured that Putin has dossiers—plural. Big ones. Through commercial deals and personal ties, are the president, his spouse and children, or close professional partners vulnerable to blackmail?

Second, the Russians have never been bashful in their foreign operations. In the early 1970s, a Stasi spy named Guenter Guillaume ascended to become a top aide to West German Chancellor Willy Brandt. Guillaume’s discovery by West German counterintelligence led to Brandt’s resignation in 1973. The Soviets actually tried to get the East Germans to withdraw Guillaume shortly before he was identified, fearful that his arrest would lead to an end of Bonn’s policy of detente toward the Soviet Union.

A word to the wise: Putin will almost certainly have tried to position agents of influence and moles close to the president. As James S. Henry detailed in The American Interest before Christmas, our commander-in-chief’s Russian connections, including through family and business colleagues, are considerable—and remain mostly opaque. Someone better get started working their way through Henry’s extensive list of little red flags. It’s not just former National Security Advisor Michael Flynn and campaign aides linked to Russian operatives who ought to be of concern.

Finally, it was in Dresden that Putin learned about the fragility of authoritarian regimes. The Berlin Wall fell in November 1989, and as I joined jubilant friends in marches through the city that winter, Putin began closing up shop, reflective and ready to return to Moscow. Now, as president, he maintains the firmest of grips on power. And he seems to have come to the conclusion that Western democracies today are themselves no longer as sturdy as they once were, and could potentially crumple as easily as the GDR did. In Putin’s likely view of things, a little hacking in elections, a dose of propaganda and disinformation, a dash of espionage—aided by complacency, naïveté, and a new moral equivalence in the West—might just add up to a decisive advantage for Moscow. This is a Russian regime bent on dividing our allies in Europe, cutting America down, and fomenting turmoil in the democratic world.

No one is calling for witch hunts. Yet it’s urgent that, calmly and deliberately, we get to the bottom of Russian influence. We must have a bipartisan, independent review as soon as possible. If history and experience are a guide, either we investigate root and branch now, or scandal and turmoil are almost certainly coming our way, quite possibly at a moment when we can least afford it.

Jeffrey Gedmin is a senior fellow at the Atlantic Council and Georgetown University’s School of Foreign Service, and is a senior adviser at Blue Star Strategies.

Image: German Chancellor Angela Merkel (R) stands with Russian President Vladimir Putin prior to the two-day 'German-Russian Petersburg Dialogue' conference in the city of Dresden October 10, 2006. Putin arrived to Dresden, the east German city where he served as a KGB agent in the 1980s, for talks with Merkel that will include business deals and Berlin's concerns about the reliability of Russian oil and gas supplies. REUTERS/Tobias Schwarz