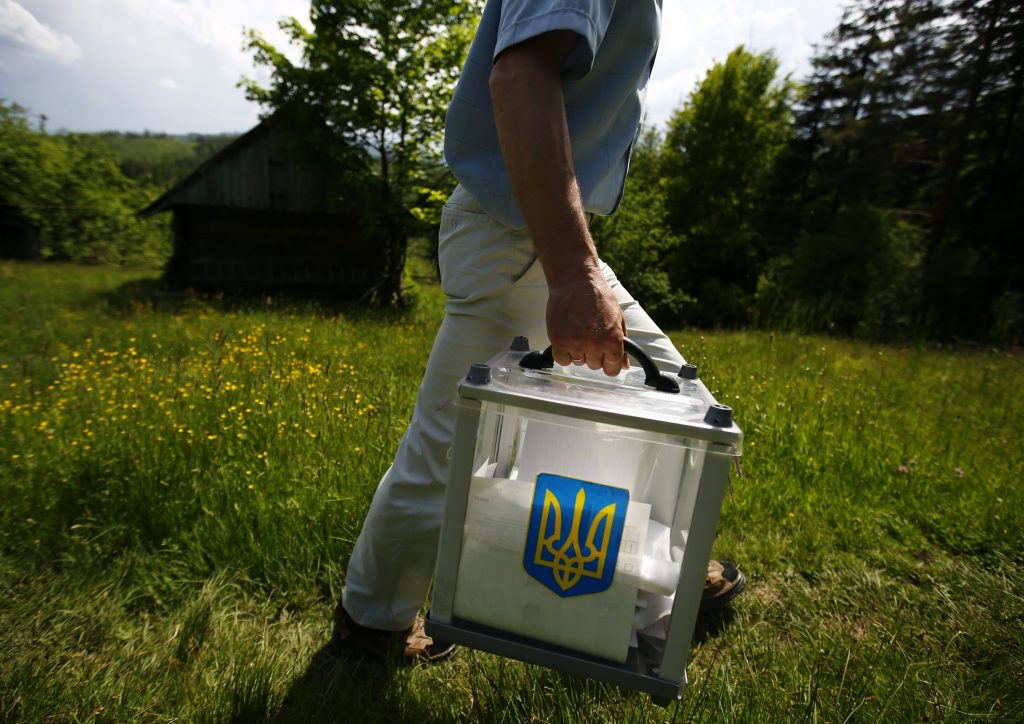 Ukraine’s public governance system is in dire need of transformation and President Zelenskyy has identified digitization as the best route towards greater accessibility and accountability. “Our goal is to make sure that all relations with the state can be carried out with the help of a regular smartphone and the internet,” commented Zelenskyy during the presentation of the government’s Diia mobile application in February 2020. However, a promised move towards internet voting for Ukrainian elections may be premature for the country’s fledgling democracy.

Ukraine’s vision for digital transformation is ambitious and includes holding online voting for all elections and referendums. This aspiration to bring Ukraine’s public governance into the digital age should be applauded, but there are number of serious obstacles that must be taken into account when considering internet voting. Premature implementation of online voting could potentially have dire consequences for Ukraine’s democratic development, political stability, and electoral integrity.

While the use of the internet for remote voting has considerable future potential, it is a new approach that has only been successfully implemented in very few cases and with limited scope. These cases all need to be considered before implementing wide-scale internet voting in Ukraine in order to learn crucial lessons, compare contexts, and realistically evaluate if it is an appropriate step forward for the country.

Internet voting was first used for binding political elections in 2000 in the United States in a pilot across several states targeting out-of-country voters. Since then, approximately a dozen countries have experimented with this technology. A few nations use internet voting in some parts of their country or for certain voters. The list includes Armenia, Australia, Canada, Panama, Switzerland, and the US.

Estonia is the only country that uses internet voting nationwide, but this step came following decades of investment in a full e-governance transformation and infrastructure. In Estonia, today’s internet voting system was added as part of an overall e-governance system that already had the trust of the public. This system is linked to mandatory electronic ID documents as well as a large-scale e-governance ecosystem that includes an inter-agency data exchange system.

The Estonian government has been developing both of these features since the 1990s. Only after extensive use and gradual expansion of preexisting services (in areas like social security, taxation, and property registration) did Estonia launch its online voting efforts, and even then only gradually.

Today’s Ukraine exists in a very different context. It has a significantly larger population that does not yet have similar levels of trust in digital technologies, and its digitized identification system is significantly lacking. According to the most recent data, only 5.6 million Ukrainians (out of 40 million) have digital IDs, while the country’s citizen registry requires broad reform and modernization.

Internet voting is still a developing technology when it comes to security and trust. Many countries have chosen not to use it after conducting feasibility studies or pilots due to these concerns. Some did so after limited pilots of internet voting (the United Kingdom and Norway), others initially adopted internet voting but decided to discontinue it (India, France, the Netherlands, and Spain). Even a pilot of this technology, if not properly planned and communicated to voters, could have a lasting negative impact on public trust in electoral technology and election integrity.

Security, as well as the perception of security, should be a key consideration before implementing internet voting. Especially given the ongoing military conflict between Ukraine and Russia, there is a high risk of e-voting technology being compromised. It is important to note the recent leaks of personal information of citizens from state registries, and the recent history of sophisticated cyber attacks against Ukraine.

Countries that experience frequent and sometimes devastating cyber attacks must take all necessary measures to increase the resilience of their existing election infrastructure. At this stage, Ukraine does not have the necessary technological infrastructure to adequately pilot internet voting. If piloting did move forward, it would first have to be carefully researched, planned for and resourced. By no means should a pilot take place as part of a live election event.

Trust is probably the most critical aspect of any election process. Allegations of election fraud or irregularities, even if unfounded, can have a devastating impact on political stability, as we have recently seen in several high-profile elections.

In Ukraine, there is currently significant distrust of internet voting among voters and politicians. This distrust may threaten public willingness to accept election results through this system, particularly if those who lose an election accuse the system of fraud or manipulation.

The example of the recent US election is particularly revealing. Importantly, if an online voting exercise fails and the public’s trust in e-democracy is impacted, this could have negative consequences for all tech initiatives and for democratic development itself in Ukraine.

In light of these concerns, the introduction of online voting or the conduct of a pilot exercise tied to a live election event in Ukraine requires a bit more thought. Fifty-four Ukrainian NGOs share this sentiment and co-signed IFES’s Joint Statement on Internet Voting Pilot during Local Elections 2020 in early July last year.

Crucially, this does not mean that Ukraine should abandon the idea of digitizing and modernizing the election process. There is a clear need for a more transparent and accessible result management system. Ukraine could also consider implementing solutions for electronic voting and electronic counting including ballot scanners and verified voter paper trails, as well as crucial risk limiting audits.

However, these technological solutions can only be effectively introduced in the controlled environment of an election precinct, not in an individual voter’s home or on a smartphone, where it is more difficult to police instances of fraud, vote-buying, and coercion. It is also critical to ensure the Central Election Commission’s leading role in discussing the implementation of any modern IT solutions for the electoral process, as it is the only institution mandated to take on the challenges of administering them.

Technology can serve as a tool to bring greater electoral integrity to a country, making government interactions with citizens more transparent, efficient, and accountable. Ukraine is right to aspire to this. However, if applied or used inappropriately, technology can also set a country back. Much progress has been made over the past decade to improve Ukraine’s electoral administration and protect electoral integrity. A misstep in introducing internet voting could now potentially cast doubt on the foundations of democracy in Ukraine and jeopardize this hard-won progress.

The recent death of long-serving Kharkiv mayor Hennadiy Kernes marks the end of an era for the eastern Ukrainian city and ushers in a period of political jockeying in the months ahead.

Over the past three decades of Ukrainian independence, Kyiv’s Independence Square has undergone a post-Soviet metamorphosis that mirrors Ukraine’s own national coming of age.

The Ukrainian Institute was established in 2018 in order to make the most of the country’s untapped soft power potential, but this cultural diplomacy initiative faces numerous political and bureaucratic obstacles.

Image: A member of an election commission carries a mobile ballot box in Ivano-Frankivsk region during Ukraine's May 2014 presidential election. (REUTERS/Kacper Pempel)