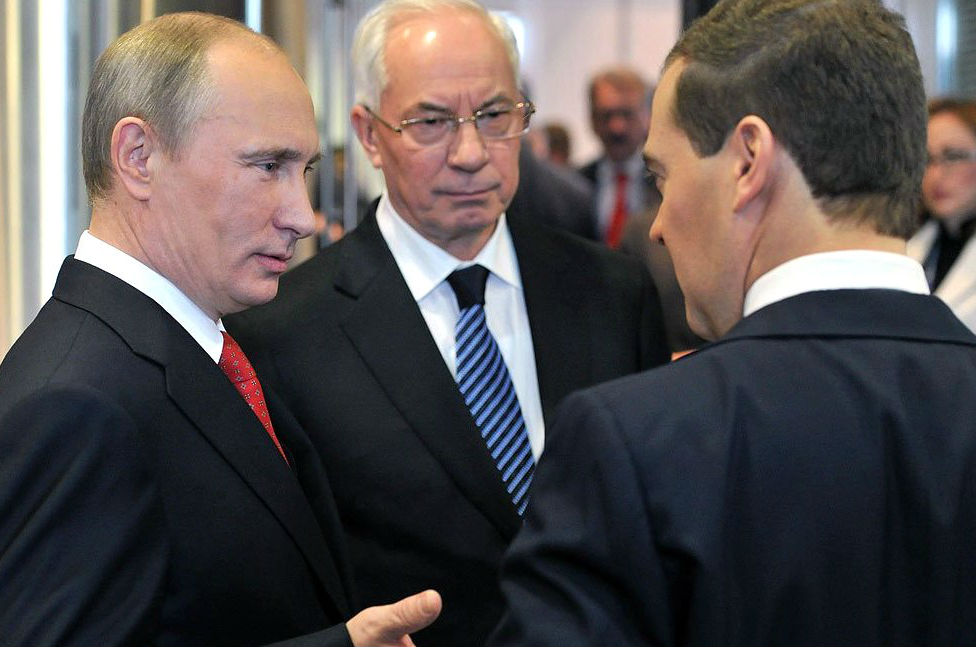 It appears that Russian President Vladimir Putin is losing the war in Ukraine. Gone are the talks about seizing so-called Novorossiya—the strip of land from Kharkiv to Odesa—and establishing a land bridge to occupied Crimea. Even though recent developments suggest a possible offensive to expand the territory Russia and its proxies now hold, perhaps with a push to Mariupol, the Kremlin knows that such a move would trigger tougher sanctions against Russia’s already failing economy.

Putin’s main problem is that he needs to keep acting. He didn’t invade Ukraine because he feared for the rights of its Russian-speakers. Rather, it was a diversion from problems at home. He expected a walk in the park when he returned as president in 2012. Instead, he encountered the largest anti-government demonstrations since the fall of the Soviet Union. Nothing terrifies Putin more than popular protests. As a KGB-agent in Dresden, he saw firsthand how East Germans toppled the oppressive system he had dedicated his life to preserve. What if Ukraine’s Euromaidan had inspired Russians to do likewise?

When the Ukrainian people clearly said no to attempts by former President Viktor Yanukovych to impose Russian-style “managed democracy”—that is, no democracy at all—Putin had to discredit them. Hence the claim of “fascists,” which to anyone familiar with Soviet Newspeak simply means “someone who opposes the will of the Kremlin.”

The mythology of Russia’s “heroic struggle against fascism” is one of the few things people living in post-Soviet times feel truly proud of, and protecting Russians in Ukraine and “recapturing” Crimea was the perfect way to distract Russians from the increasingly authoritarian nature of their own government. The problem with this strategy is that one needs to constantly be on the offensive in order to keep people’s attention. That’s easier said than done when the Ukrainians are prepared to fight, sanctions are biting, and oil prices are falling.

So what to do? Enter Mykola Azarov, Ukraine’s last prime minister under Yanukovych. On August 3, Azarov—now living in exile in Moscow—formed the “Ukraine Salvation Committee,” whose goal is “regime change” back home. Azarov is wanted in Ukraine for several crimes including embezzlement and abuse of power.

The committee’s president is former pro-Russian MP Vladimir Oleynik, who helped draft the infamous 2014 “dictatorship laws” granting Yanukovych vast powers to squash the Euromaidan. Another member is Oleg Tsarev, one of the first people to propose the “Novorossiya project” and former speaker of the so-called Parliament of Novorossiya. Yet another interesting character behind the committee is Igor Markov, recently arrested in Italy by Interpol at the request of the Ukrainian government for his role in organizing an assault on a protester against the installation of a monument to the Russian Empress Catherine the Great in Odesa in 2007. Without a hint of irony, Putin’s international propaganda channel RT accused Kyiv of going after “a dissident politician.”

The timing of the formation of Ukraine’s Salvation Committee makes perfect sense. Putin needs to make a new move, and now he has a full-fledged Ukrainian puppet government-in-exile that could lay claim to the entire country. Russia may insist on including the committee in future peace talks. It could organize the population of separatist-controlled territories as well as Ukrainian refugees in Russia, which, according to Russian media, supposedly exceed one million. Azarov says Ukraine’s democratically elected government is a “puppet of the Americans” so he can be Putin’s puppet, and in the spirit of Russian propaganda, claim that he is just representing “the other side of the story.”

The Ukraine Salvation Committee bears an eerie resemblance to the Polish Committee for National Liberation, formed in Moscow in 1944 to help Stalin conquer Poland after World War II, with the help of Soviet collaborators. Instead of adding new territory to Russia, Putin can use it as a Trojan horse to make Ukraine virtually ungovernable. The last thing the new committee would do is save Ukraine. But it might be useful as a wake-up call to the world. Putin’s actions, far from being shocking or surprising, follow a pattern straight from the Soviet playbook, starting with his early accusations of the Euromaidan being a “fascist coup”—the same smear the Soviets used against pro-democracy movements in Eastern Europe. Faced with setbacks, Putin tries a different way. Too bad for him it’s all so obvious.

Image: Russian President Vladimir Putin and Russian Prime Minister Dmitry Medvedev at a meeting with former Ukrainian Prime Minister Mykola Azarov on May 26, 2012 in Moscow, Russia. On August 3, Azarov—now living in exile in Moscow—formed the “Ukraine Salvation Committee,” whose goal is “regime change” back home. Azarov is wanted in Ukraine for several crimes including embezzlement and abuse of power. Credit: Kremlin.ru