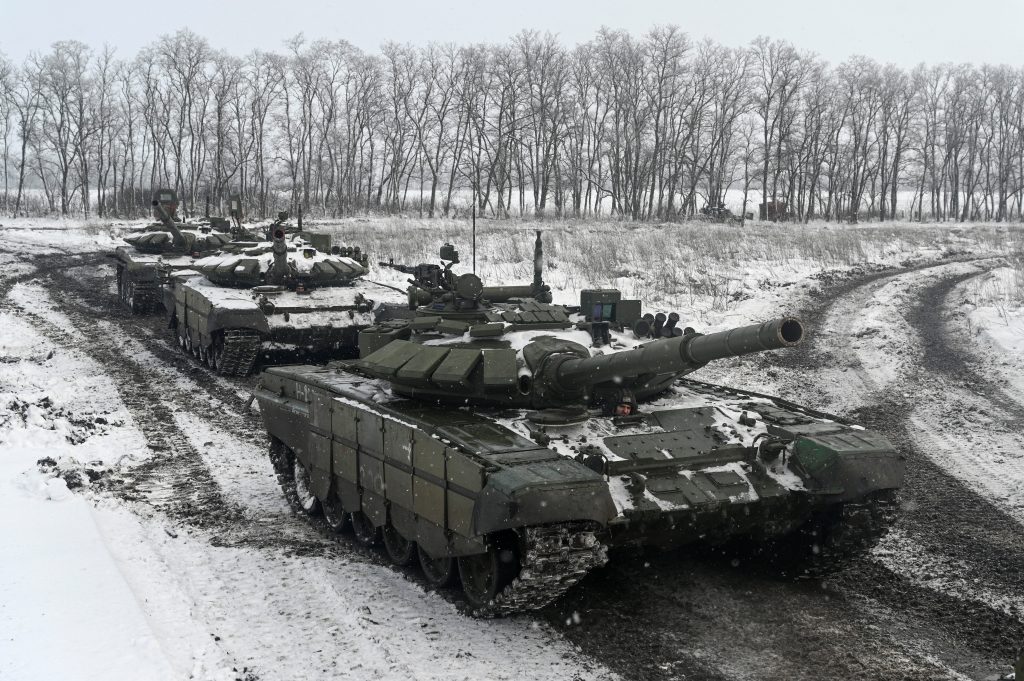 In a recent article on the current geopolitical crisis in Eastern Europe, Estonian MP and security expert Eerik-Niiles Kross made the perceptive and provocative statement, “We know what the Russians want, but we are confused about what the Americans want.”

Kross is not the only person seeking clarification of America’s position. This should serve as a wake-up call for the world’s most powerful democracy to take a lead in confronting the challenge of Vladimir Putin’s expansionist authoritarian agenda. The Biden Administration should seek to enforce a course of action focused on respect for the territorial integrity of all countries including Ukraine.

The need for action has never been more urgent. In the final months of 2021, Russia significantly escalated its campaign of hybrid aggression against Ukraine and the wider Western world. Gas prices in Europe skyrocketed as a result of Russia’s energy market manipulations. In parallel, the Kremlin helped orchestrate a migrant crisis along Belarus’s international borders with Poland, Lithuania, and Latvia in order to destabilize the European Union.

Most alarmingly, Russia has massed over 100,000 troops to the north, east, and south of Ukraine in preparation for a possible full-scale invasion of the country. This would represent a dramatic escalation in Moscow’s eight-year military campaign in eastern Ukraine and could spark the biggest European conflict since WWII.

Against this menacing backdrop, Russia has sought to pressure the West into accepting a revival of Cold War-style spheres of influence and has presented NATO and the US with a list of security demands that reads like a thinly-veiled ultimatum. Unless Western leaders are prepared to accept Russia’s terms and effectively abandon Ukraine while withdrawing NATO troops and armaments from Eastern and Central Europe, Moscow has promised a “military-technical” response.

Why is Ukraine the primary focus of Russia’s attention? In his book “Strategic Vision: America and the Crisis of Global Power,” US President Jimmy Carter’s National Security Adviser Zbigniew Brzezinski provided a clear and concise explanation for Moscow’s preoccupation with Ukraine. “It cannot be stressed enough that without Ukraine, Russia ceases to be an empire,” Brzezinski wrote. “But with Ukraine suborned and then subordinated, Russia automatically becomes an empire.”

Brzezinski’s assessment remains entirely accurate and is well understood in Moscow. The current agenda being pursued by Putin is unmistakable: through military means or intimidation tactics, he seeks to reassert Kremlin authority over Ukraine. This is the key to recreating the Russian Empire and reestablishing a Russian sphere of influence throughout Central and Eastern Europe.

With the threat of a major war looming over Europe, the United States must take the lead in helping Ukraine to defend itself. The US must demonstrate its resolve to safeguard Ukrainian territorial integrity and its readiness to impose crushing costs on the Kremlin. Failure to do so will inevitably invite further imperialist aggression as Putin seeks to consolidate his gains in Ukraine and expand westwards.

The outcome of the current crisis will set the tone of international relations for decades to come. Putin clearly believes the West is weak and will ultimately cave in to his threats of military action. This bullying will continue until he is decisively confronted.

The US and other NATO members must adopt a range of immediate measures to contain the Kremlin. First and foremost, they should provide Ukraine with the military support necessary to protect the country’s territorial integrity. This process is already underway, but more arms deliveries are desperately needed, while the strategic issue of air defense systems requires urgent attention.

The West must increase sanctions against Russia and must look to aggressively target Putin’s entourage. Key measures should include cutting Russia off from the SWIFT international banking payment system and suspending the certification process for the Nord Stream 2 pipeline.

Steps are required to ensure Russia can no longer weaponize gas supplies to Europe. This could involve imposing stricter commitments governing the flow of Russian gas via Ukraine’s transit network and the provision of alternative sources of gas to reduce Russia’s stranglehold on European markets.

The democratic world must also get serious about combating Kremlin disinformation. Over the past two decades, Russia has developed a vast and sophisticated information warfare arsenal. This security challenge can no longer be overlooked.

The United States needs to assume a strong leadership position in international efforts to counter Putin’s imperial ambitions. These efforts must necessarily focus on Ukraine, which is the decisive battleground in the clash between democracy and the resurgent brand of authoritarianism championed by the Kremlin. Putin has made clear what he wants. It is time for America to deliver an equally emphatic response.

Eugene Czolij is president of NGO “Ukraine-2050” and the former president of the Ukrainian World Congress (2008-2018).

Image: Russian tanks pictured during drills in the Rostov region near to the Ukrainian border. January 27, 2022. (REUTERS/Sergey Pivovarov)