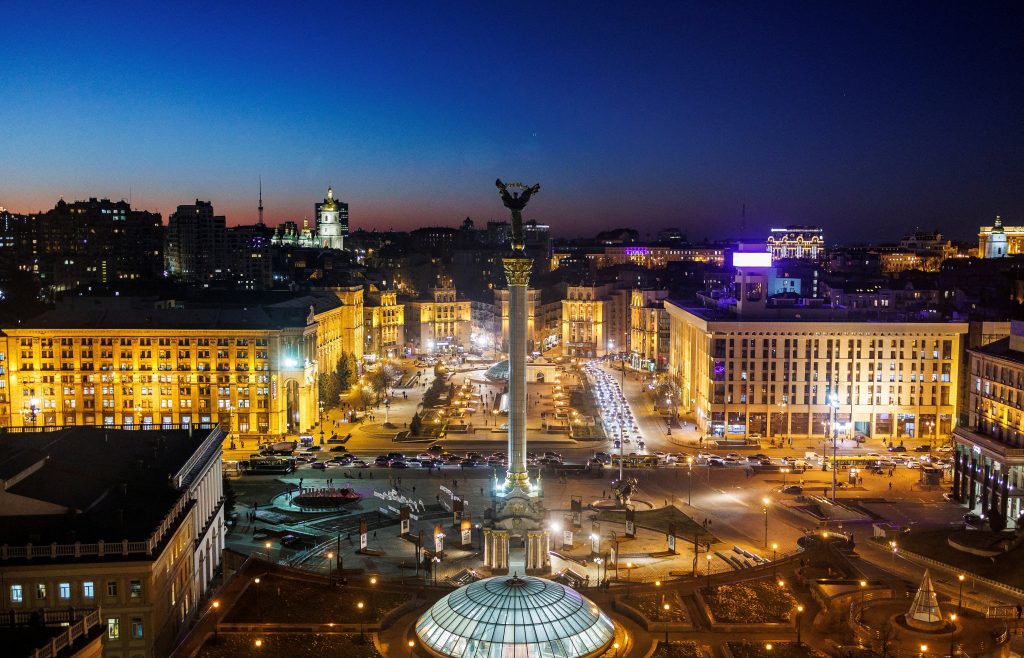 Editor’s note: Ukraine currently finds itself in the global spotlight as the world monitors an unprecedented Russian military build-up along the country’s borders and waits to see whether Vladimir Putin will launch a full-scale invasion. The international media has descended on Kyiv and Western leaders are warning of the biggest European conflict since World War II.

At the heart of the crisis are more than forty million Ukrainians whose daily lives have become increasingly overshadowed by the threat of impending catastrophe. How are they coping with the unthinkable prospect of a major war?

Prominent Ukrainian civil society figure Vitaliy Deynega recently wrote a popular social media post on the subject and offered his thoughts on a potential Russian invasion. We present an English-language version of his post below as a window for international audiences on the mood in Ukraine:

Dear friends, the next couple of days may be a little anxious, so I decided to write to you and share my thoughts.

Don’t worry too much. Instead, keep occupied. Go to work. Get some exercise. Eat well. Makes sure you get a good night’s sleep. If something does indeed begin, you’ll need to be in the best possible shape, both physically and mentally.

The likelihood of a full-scale Russian offensive remains low. But panic is not always directly proportional to the nature or scale of the threat itself. Try to maintain a sense of perspective.

It is natural to have a hundred and one different thoughts racing through your mind at the same time. Try to remain calm and focus on the things that really matter to you.

Instead of worrying, make practical plans. Sit down with your loved ones and agree on what you will all do in case you lose the ability to contact each other. Many military commentators have warned that the first sign of an escalation would be a massive Russian cyber attack disabling all mobile phone and internet communications. So make sure you agree on a safe place to meet, or tell family members to wait until they can be brought to safety.

If Russia does invade and panic ensues, there are likely to be major traffic jams on all of the highways leading towards western Ukraine. It might therefore make more sense to think about heading deeper into central Ukraine, far away from major cities.

Above all else, make sure you protect your loved ones. Once they have been moved to safer locations, you can think about returning to fight. Many others will be doing exactly the same thing. We will find each other and work together to inflict maximum damage on the invaders.

Don’t be afraid. Even in the event of a major escalation, the vast majority of Ukrainians have nothing to fear. In modern warfare, civilians are not typically targets. The cost of civilian casualties is simply too high. If you do not live on an airbase or other military facility, the chances of you coming into danger are relatively small.

I cannot repeat enough that all of this advice is unlikely to be necessary. So get some rest and reassure your loved ones that you are together, whatever happens next. Do not let the enemy take anything away from you, not even your good mood and peace of mind.

Ukraine has never been more ready to defend itself. The Ukrainian army is stronger than ever. We are currently capable of launching a campaign of total resistance against any invaders.

On the diplomatic front, Ukrainian Foreign Minister Dmytro Kuleba works wonders. Together with Defense Minister Oleksii Reznikov and Commander-in-Chief Valeriy Zaluzhniy, he has been successful in securing unprecedented quantities of state-of-the-art weapons while also consolidating Ukraine’s international partners into a strong anti-Putin alliance.

In today’s challenging circumstances, every Ukrainian can contribute positively to the country’s well-being by avoiding any panic and behaving rationally. You should continue going about your everyday business, spending money and paying taxes.

Instead of panic, we are currently experiencing a surge in national unity, albeit accompanied by an understandable degree of anxiety. This mood is hardly surprising. Nobody knows better than Ukrainians that it is always safer and warmer when we are together, especially on cold winter nights. Believe me, I remember the dark winter of 2014-15 very well, during the height of the war in eastern Ukraine. Today, we are much stronger.

Kyiv is often referred to as “the new Berlin” due to the city’s dynamic nightlife scene and vibrant club culture. I welcome this comparison and think it is entirely justified. But in terms of security, we are more like the new Jerusalem.

We are ready to fight, and if necessary to kill, for the sake of our own people. We approach this reality with kindness and goodwill. We greet each other with smiles, jokes and delicious food, even when we find ourselves together in trenches and dugouts.

We do all this because we are a nation that loves life and values our freedom. Most of all, we do it because over the past eight years we have learned to defend ourselves. Russia understands this very well, it would seem. The drama and saber-rattling currently taking place along Ukraine’s borders is a gesture of despair by an enemy who cannot accept he has already lost.

Vitaliy Deynega is the founder of Ukraine’s Come Back Alive charity fund for veterans and members of the military.

With Russia facing the possibility of crushing sanctions over the threatened invasion of Ukraine, Putin may prefer to deploy hybrid forces made up of regular Russian troops and mercenaries posing as Ukrainian separatists.

While the world watches Ukraine’s land borders with Russia and Belarus for signs of Putin’s threatened full-scale invasion, Moscow may be in the process of opening a maritime front with a Black Sea blockade.