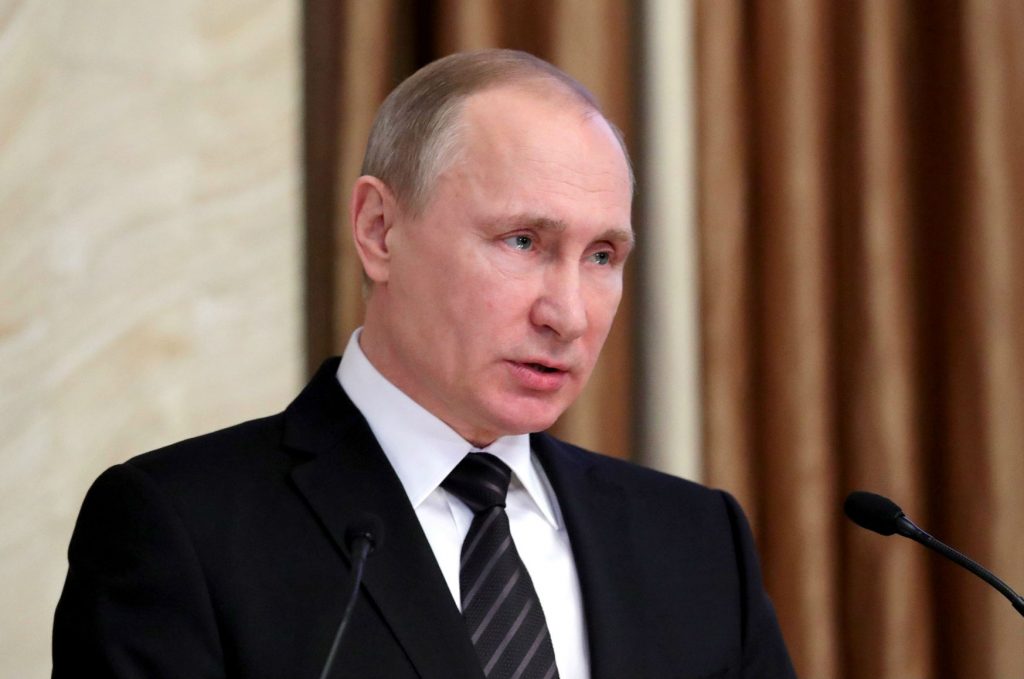 For all the uncertainties about the Balkans, one thing stays the same. Every few years, the headline “We Are Heading for War Again” crops up in the Western media. The last time this happened, the 2014 centennial of the First World War inspired pundits to ask whether the world is on the cusp of another European conflict. Now the cause is the isolationist turn in US foreign policy and the election of Donald Trump as president, coupled with Russia’s efforts to stir trouble in the former Yugoslavia.

In fact, the Balkans is in no danger of breaking into war anytime soon. Nonetheless, the West’s growing disengagement in the area, coupled by the region’s stagnation and democratic backsliding, provides an ideal avenue for Russia to subtly gain influence among leaders and the public across the Balkans.

A piece by security analyst John Schindler in The Observer reiterated the idea that war in the Balkans could be imminent. Schindler opines that the Kremlin’s alliance with Serbia could spark a new war in Kosovo, tear Bosnia apart, and precipitate a military conflict with NATO member Croatia. “President Trump’s First Foreign Policy Crisis,” as the headline predicted, would be about Russia’s desire to take revenge on the West for its interventions in Bosnia and Kosovo, which were “an affront to the Slavic Orthodox world.”

This, of course, is ironic. After all, it was President Vladimir Putin who ordered the withdrawal of Russian troops from Bosnia and Kosovo back in 2003. The blue helmets were a leftover from the failed Yeltsin-era overtures in Southeast Europe. Instead of squandering Russia’s scarce military and political resources, the Kremlin’s new ruler thought the focus should be on places closer to home: the post-Soviet “near abroad.” The notion of a Slavic Orthodox world stretching to the shores of the Adriatic was not central to Russian foreign policy a decade ago.

Has that changed now? Perhaps, yes. The Ukraine crisis has made Putin more ideological. Orthodox Christianity and traditionalist values are now central to the regime’s discourse. What is more, Russia is prepared to throw its weight around in the former Yugoslavia. Last October, Montenegro accused Moscow of conspiring to overthrow the country’s government in a military putsch timed to coincide with the general elections. The apparent goal was to derail the Montenegrin accession to NATO, due to be completed this year. Russia’s intense security and defense cooperation with next-door Serbia has also been raising eyebrows across Western capitals, and the same goes for its backing of Bosnian Serbs’ challenges to the central state’s authority and recurrent threats to secede.

This does not mean war is imminent, with Russia turning Republika Srpska into a replica of the Donbas, or the Serbian military reconquering Kosovo with Putin’s endorsement. Unlike in the 1990s, the Balkan strongmen of today do not possess the means to wage prolonged war with uncertain consequences. Nor do they have the will. These days, a national leader can gain all the benefits in domestic popularity by simply demonizing neighbors and minorities without ordering in troops. And he would still be in the good graces of the West, and the EU in particular, so long as he poses no frontal challenge to the territorial status quo.

Indeed, EU members have turned a blind eye to the less appetizing aspects of Balkan politics, such as democratic backsliding and serious deficits regarding the rule of law; the likes of Prime Minister Aleksandar Vučić in Serbia or Nikola Gruevski in Macedonia are partners on high-priority issues such as keeping the western Balkan migration route closed to asylum seekers from the Middle East. And those operators know well how to play Europe while flirting on the side with the Russians.

So if there is trouble brewing in the Balkans, it has more to do with the perverse effects of the “stability” provided by incumbent governments than with the risk of all-out conflict. Combined with the weakening pull of the EU and the United States’ relative disengagement, democratic decay and insufficient economic growth add up to a general state of stagnation. It is preferable to the turbulent 1990s, but falls short of the bold promise of institutional and political transformation guided by Brussels.

And the lackluster political landscape of the present-day Balkans does provide Russia with endless opportunities to rock the boat in order to thwart the West. If you are Putin, you do not need to launch military interventions into an enclave surrounded by EU territory. All you need to do is disrupt Western policies by exploiting weak spots—be it Bosnia’s constitutional limbo, the mini arms race involving Serbia and Croatia with Moscow promising military equipment to the Serbs, or the political tensions within Montenegro over NATO membership. The Kremlin can score many political points in its competition with the EU and the United States at minimal cost.

The right response by the West is to simply call Russia’s bluff. Local leaders love playing one side against the other and milking opportunities, taking cues from Tito’s time-tested rulebook. But when pressed to make a choice, they will opt for Europe and the United States. There is no alternative to robust engagement. The West should not be distracted by the loose talk of a return to the 1990s. Instead, it should take a look at what has gone wrong in the domestic politics of post-Yugoslav states and apply pressure on leaders to take seriously the rule of law, media freedom, and independent civil society. Unfortunately, that is becoming a tall order now that those elements are under threat in established democracies on both sides of the Atlantic.

Dimitar Bechev is a Nonresident Senior Fellow at the Atlantic Council’s Eurasia Center and a research fellow at the Center for Slavic, Eurasian, and East European Studies, University of North Carolina—Chapel Hill. He tweets @DimitarBechev.