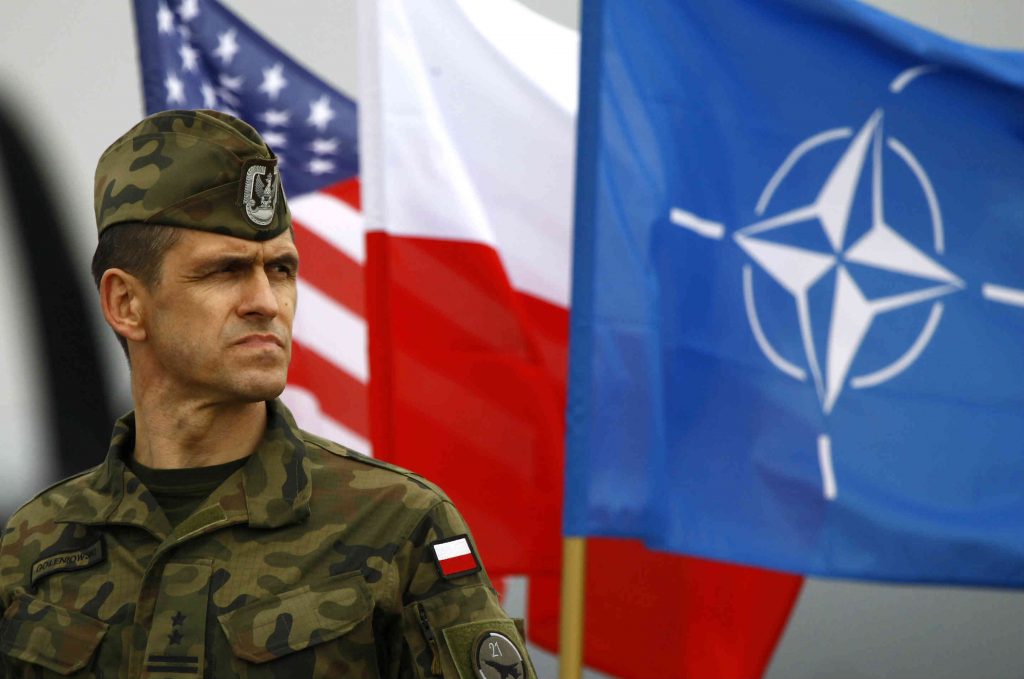 Poland and the Baltic states intend to ask NATO to station a battalion or even larger units on their territory. The Baltic states—Estonia, Latvia, and Lithuania—want a brigade so that each country can host a battalion or permanent rotational forces. Poland’s Foreign Minister, Grzegorz Schetyna, indicated that his government would request the permanent stationing of two heavy brigades, a formation that normally numbers up to 5,000 troops, on Polish soil. Poland is also seeking military bases with heavy equipment in preparation for the 2016 NATO summit in Warsaw.

These requests reflect two critical trends that have emerged in the wake of Russia’s unchecked aggression in Ukraine. First, these four governments’ anxiety for the future is mounting. Russia’s increased activity in their airspace, naval probes in the Baltic Sea and the English Channel, nuclear threats, intensified exercises and exercise tempos, unrelenting information warfare, political subversion, espionage at Cold War-levels, and constant energy threats since 2014 have confirmed their assessment that Russia will use military force to overthrow the Cold War settlement and deprive them of their security, sovereignty, and territorial integrity. They, like NATO’s military and political leadership and the leadership of many European states, view Moscow’s continuing violation of the Minsk II agreement and ongoing aggression as proof of Russia’s malignant intentions. As a result, they have begun to raise defense spending, help Ukraine and advocate for others to do so as well, and increase their own capabilities. They are not alone. There are new signs of Nordic military cooperation and increased defense spending in Finland, Norway, and Sweden.

The second trend is no less important and demands critical attention. If we are honest with ourselves, the Polish-Baltic demand for permanent forces reflects an open indictment of failed US and NATO policy and a vote of no confidence in the current allied policy. There are major tendencies, even in key European powers such as Germany and France, to force Ukraine to appease Russian demands that amount to the evisceration of Ukraine as an independent state. US Secretary of State John Kerry’s trip to Sochi, where he did not publicly mention Crimea, denotes a continuing Western and US failure of nerve. Kerry’s trip came right after Russian President Vladimir Putin defended the Nazi-Soviet pact in front of German Chancellor Angela Merkel after she forthrightly and accurately denounced Russia’s aggression as criminal.

Under the circumstances, it is no surprise that the governments in Riga, Tallinn, Vilnius, and Warsaw lack confidence in Western resolve. They have seen far too little of it since February 2014 when Moscow invaded and then annexed Crimea and tore up the treaties it had signed with the United States, the United Kingdom, and Ukraine as well as with the governments of other Commonwealth of Independent States (CIS) affirming the integrity and sovereignty of Ukraine. Moreover, they have long been warning about Russia’s revisionist and aggressive proclivities.

In 1982, the British military historian Sir Michael Howard memorably wrote that the purpose of US forces in Europe was to deter and reassure. The steady withdrawal of US forces and the degradation of NATO’s military capability have all but destroyed NATO’s power to deter Russian aggression. No sooner did Moscow move into Ukraine than did the United States and the United Kingdom, signatories of the 1994 Budapest Memorandum, announce their search for an off-ramp for Putin. Indeed, they are still looking for it and are increasingly ready to accept Crimea’s incorporation into Russia. These actions can hardly reassure anyone, not least European allies, concerning the value of US and European guarantees. The result is the visible and ongoing degradation of the global international order. At Sochi, Kerry affirmed that if Russia implements the Minsk II agreement, which it has consistently violated at no added cost, then sanctions will be lifted. Sanctions were imposed for the original and still unchecked Russian aggression against Ukraine.

It’s not surprising that the Baltic states and Poland have publicly, although not directly, proclaimed their vote of no confidence in NATO and Washington’s policies toward Russia for failing to deter or reassure. Many NATO members are being made uncomfortable by these four states’ stated intentions. Those demands entail NATO’s repudiation of its 1997 NATO-Russia Founding Act concerning permanent NATO deployments in these frontline states. But Moscow has violated every agreement on European security that it has concluded with Ukraine and all the post-Soviet states. Why should NATO be bound by a treaty whose conditions no longer exist due to Russia’s unpunished violation of that accord?

The United States’ failure to honor the Budapest Memorandum is not without cost. When we betray our sacred honor to use the language of the Declaration of Independence, we cannot expect others to trust our rhetoric when it is not matched by deeds. Indeed, this belief in rhetoric, unconnected to any substantive action and disengagement from the daily burden of managing NATO and European security, has come to characterize US policy and it will take more than US President Barack Obama’s silver rhetoric to restore credibility.

Stephen Blank is a Senior Fellow for Russia at the American Foreign Policy Council.

Image: A Polish soldier stands near U.S. and Poland's national flags and a NATO flag as the first company-sized contingent of about 150 U.S. paratroopers from the U.S. Army's 173rd Infantry Brigade Combat Team based in Italy arrived to participate in training exercises with the Polish army in Swidwin, northern west Poland on April 23, 2014. The United States is sending about 600 soldiers to Poland and the three Baltic states for infantry exercises, the Pentagon said, one of its highest-profile steps yet to reassure NATO allies after Russia's seizure of Crimea. REUTERS/Kacper Pempel