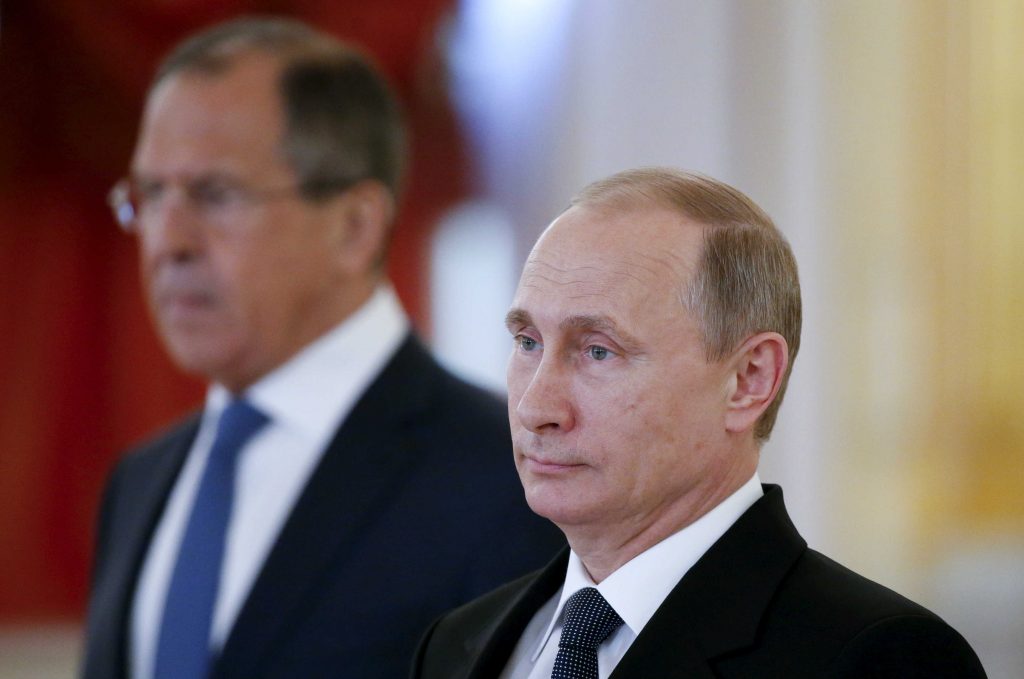 Russian President Vladimir Putin recently blamed Vladimir Lenin for planting ideas that led to the collapse of the Soviet Union. It was a telling statement in view of the upcoming centennial anniversary of the Bolshevik Revolution of 1917, which had an enormous impact on world history.

We still don’t know how the Kremlin will commemorate this date, but a recent article, “Historical Perspective of Russian Foreign Policy” by Russian Foreign Minister Sergei Lavrov, provides us with a glimpse into how Russia’s current leaders perceive Russian history.

History is malleable in Russia. There is hardly any other country in the world whose national history was so utterly and repeatedly rewritten during the last hundred years. After coming to power, the communists cursed the Russian Tsars as decadent bloodsuckers who exploited Russian workers. General Secretary Joseph Stalin amended this picture by cherry-picking some tsars, like Ivan the Terrible and Peter the Great, and princes, like Aleksandr Nevsky, as models for Russian patriots, while denigrating heroes of the Socialist Revolution and the Civil War, like Leon Trotsky and Nikolai Bukharin, as traitors and Western agents.

Lavrov’s article, which focused on “continuity,” was clearly a step toward spreading this version of history. His vision of Russian history encompassed all the great princes, tsars, emperors, secretary generals, and presidents into a single line of leaders who, while changing ideological shells, pursued the same policy: to preserve Russia’s unique identity within the framework of Europe and its culture. According to Lavrov, “continuity” is based on the fact that Western Europe was always biased against Russia and tried to keep its eastern neighbor in isolation, and that across the centuries Russia was a victim of unprovoked Western aggressions.

It must have been a challenging task to find continuity between victims and their executioners, and Lavrov’s questionable statements and factual errors do not help him make a case for his version of Russian history.

One of the paragraphs of the article immediately turned Lavrov into the butt of a joke on the Russian-speaking Internet: “…the Russian people had its own cultural matrix, its own spirituality, and never merged with the West. Here one has to mention the tragic and, in many respects, transformational era of the Mongol yoke…[which] facilitated the formation of a renewed Russian ethnos.” Every Russian with even a cursory knowledge of national history knows that the Mongol invasion devastated blooming ancient Rus and left an indelible imprint on all future incarnations of the Russian polity, tearing it away from Europe with its Magdeburg rights and nascent parliamentarian system.

In another example of the Minister’s dubious claims, Lavrov writes, “I will not provide a detailed analysis of why Europe gradually slid toward World War II. It is clear that here, once again, European elites’ anti-Russian sentiments, their desire to pit Hitler’s military machine against USSR, once again played a fatal role.” This statement begs a question: wasn’t it Stalin who helped Hitler come to power, by forbidding German communists from forming a parliamentarian alliance with Social Democrats in the Reichstag in 1933? Would World War II have even started if Stalin and Hitler hadn’t agreed to carve up Poland in August 1939?

Lavrov asserts that throughout the centuries, Russia aimed to play a constructive role in uniting Europe, eliminate every possibility of a new war, and establish international bodies in order to ensure peace and order in Europe. He mentions Emperor Alexander I’s role at the Vienna Congress and Emperor Nicholas II’s attempts to convene the Hague peace conferences in 1899 and 1907. However, Lavrov conspicuously skips over Stalin and his role in building the Yalta system, while writing, “One could say that the four decades after World War II became a remarkably prosperous period for Western Europe which no longer had to make its own major decisions and which was granted a unique opportunity for peaceful development under an ‘umbrella’ of sorts which the US-Soviet rivalry represented.”

One cannot miss the nostalgic note in Lavrov’s writing: “The post-war global order based on the rivalry between two systems naturally was far from perfect but it did help preserve world peace…” Alas, after the end of the Cold War, the West relapsed into an anti-Russian bias. According to Lavrov, NATO’s eastward expansion “is the root of all systemic problems currently afflicting Russia’s relations with the United States and the EU.”

Lavrov concludes his essay with the words of Russian religious Slavophile philosopher Ivan Ilyin. “Great power status is defined by…the nation’s and government’s ability to undertake the burden of great world challenges and deal with these challenges in a creative manner.” Indeed, like in the times of Russian tsars, emperors, and general secretaries, the current Russian leadership’s real concern is great power status, which in the case of Russia, has always been achieved at the expense of its citizens’ prosperity.

Alexei Sobchenko is an independent analyst and a former US Department of State employee.