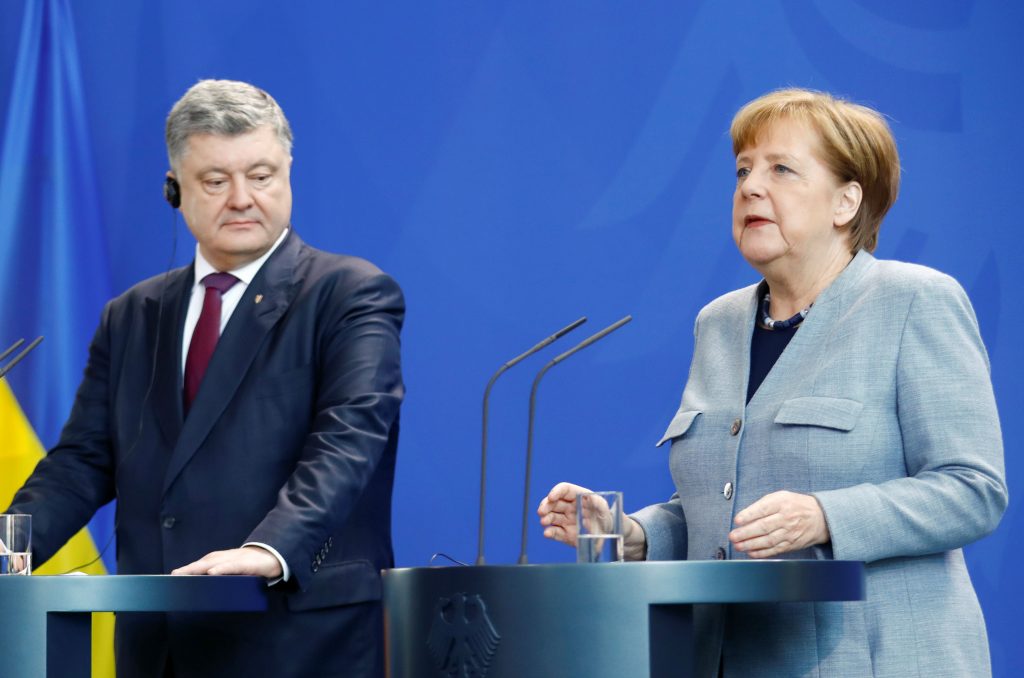 Both Germany and Ukraine have special significance for the European project. Germany is Western Europe’s economically and demographically most significant country, while Ukraine is Eastern Europe’s largest and a geopolitical pivot point. The historical links between Ukrainians and Germans run deep. And yet little attention has been paid to the nature of the relationship between the two.

While Ukrainian interest in Germany has always been high, in Germany interest in and information about Ukraine has only recently started to grow. In 2006, the Research Center for East European Studies at the University of Bremen began publishing a regular German-language electronic bulletin, Ukraine-Analysen, which has published over 200 issues so far. Two other specialized German-language websites, Ukraine-Nachrichten (News on Ukraine), founded in 2007, and Ukraine Verstehen (Understanding Ukraine), founded in 2017, are today improving German understanding of Ukraine.

Systematic reflection on German-Ukrainian relations has also been improving, though more slowly. In 2010, the Hamburg historian Frank Golczewski published a large volume on German-Ukrainian relations in the inter-war period (Deutsche und Ukrainer 1914-1939. Paderborn: Schöningh, 1058 pp.). A number of essays and papers have since explored Ukraine’s presentation and misrepresentation in German media, as well as Germany’s involvement in Ukraine’s ongoing transformation.

A new study published by the German Corporation for International Cooperation (GIZ GmbH) in 2018, Ukraine in Germany’s Eyes: Pictures and Perceptions of a Land in Transition, fills that void. The publication, which surveys the views of German experts, provides a revealing documentation of German views on Ukraine today.

The investigation follows the methodology of an earlier GIZ project on the perception of Germany across the world, which asked international experts on Germany how the nation is perceived in their home countries. Like that one, the GIZ’s Ukraine study is not a broad statistical survey of German attitudes toward Ukraine, but rather a qualitative investigation of German images, interpretations, opinions, evaluations, stereotypes, knowledge, and expectations related to Ukraine. These features are drawn from over 1,000 statements made by forty-four Germans who are familiar with Ukraine. They include scholars, entrepreneurs, civic activists, journalists, artists, and politicians; among the latter are the prominent Green Member of European Parliament Rebecca Harms, and the former Minister-President of Saxony and current G7 envoy to Ukraine, Georg Milbradt.

The purpose of this investigation was not to “search for [objective] truth” about Ukraine, but “to distill the commonalities that can be established in various perceptions [about Ukraine] among different persons [in Germany], which contours these pictures of Ukraine have, [and] what kind of profile as well as distortions are recognizable,” as Andreas von Schumann, the project’s supervisor, writes in his introduction.

Von Schumann recognizes two fundamental features in the interviews. First, the experts perceive the German “view on Ukraine as being too narrow, the knowledge [in Germany about Ukraine] as too sketchy, and [Germans’] attention to [Ukrainian developments] as too volatile, as well as their evaluations [of Ukrainian matters] too slimly grounded.”

Second, writes von Schumann, the German specialists want Germany and Germans to engage with Ukraine more frequently and intensely. “This hope is grounded on several motifs: the historic responsibility of the Germans, the cultural diversity of Ukraine, the country’s economic potential, the necessity to provide for stability in Europe’s east, and the possible impulses [of this engagement] for the further development of the EU.” (p. 7)

Since 2014, the study documents that the German view on Ukraine has been dominated by three negative “Ks”: Krieg, Krise, Krim (war, crisis, Crimea). This image is only marginally improved by two older, positive “Ks”—for the once-celebrated football team “Dynamo Kyiv,” and for Klitschko, the surname of the two famous boxing world champions Viktor and Volodymyr, who used to live in Germany and are still popular there.

The study finds that judicial reform dominates German assessments of what is needed next in Ukraine. “This is because a reform of the electoral law and the creation of an anti-corruption court—both major demands of the reformers—will decide the future division of power in the country,” it notes. (pp. 58-59)

With regard to foreign affairs, the experts’ answers are more diverse and partly contradictory. One interviewee asserts that joining NATO isn’t a good idea for Ukraine and that it should behave neutrally, while another assesses that “NATO cannot fulfil the role of guarantee power for Ukraine.” Yet, the conclusion from this is that “the EU has to get ‘teeth’ and become a security actor, on the European continent. The EU and Germany, to be sure, have through negotiation of the Minsk Agreements already taken upon themselves considerable responsibility, and the German government supports ‘resolutely’ the [Ukrainian] reform process. ‘But’—asks a respondent rhetorically—‘does this solve the conflict—especially if Russia plays upon time?’” (p. 76)

The study is valuable, not only because it illustrates various German interpretations of these and similar themes, but also because it provides insights into how the German public will be informed about Ukraine’s future developments through its experts. In view of Germany’s importance to EU foreign policy and policies toward Kyiv, this dense investigation will become essential reading for anybody interested in Ukraine’s international relations and gradual European integration.

Andreas Umland is a senior fellow at the Institute for Euro-Atlantic Cooperation in Kyiv, and editor of the ibidem Press book series “Soviet and Post-Soviet Politics and Society.” In this piece, he reviews Ukraine in Germany’s Eyes: Pictures and Perceptions of a Land in Transition, GIZ GmbH, 2018. 111 pp.