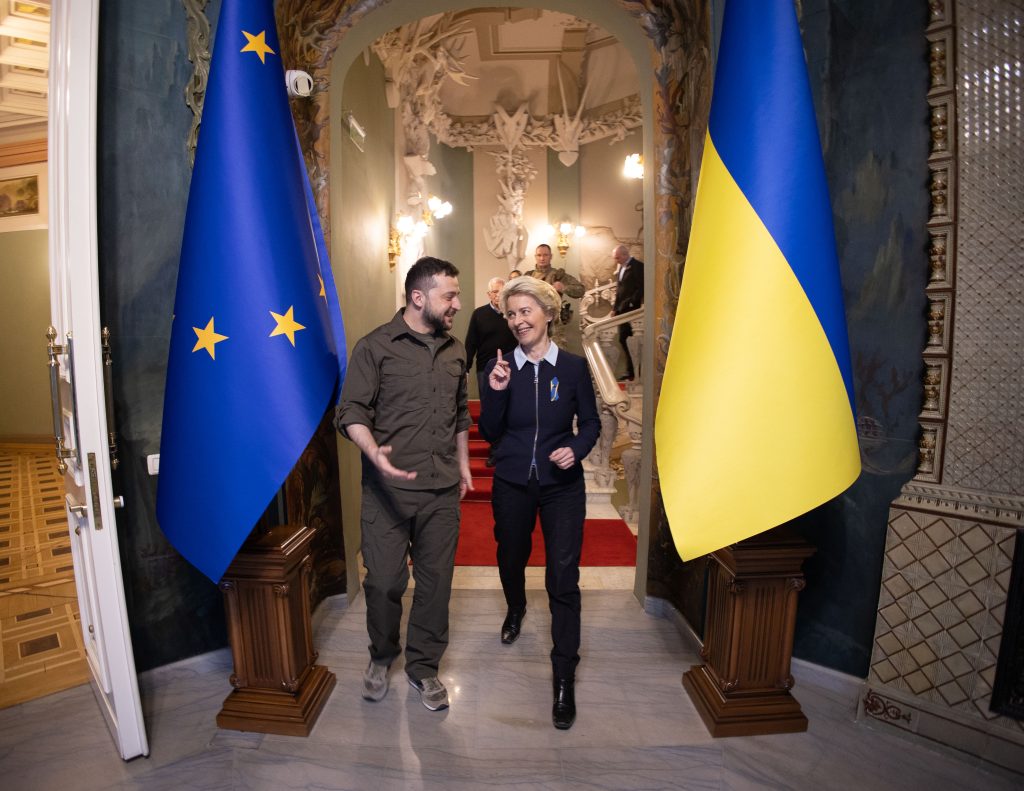 European Union leaders will gather in Brussels on June 23-24 to vote on recognizing Ukraine as an EU candidate country. The importance of this step for both Ukraine and Europe should not be underestimated. Indeed, Ukrainian President Volodymyr Zelenskyy has branded it “one of the most fateful decisions for Ukraine since 1991.”

Ukraine’s Euro-Atlantic integration ambitions have been central to the country’s political evolution for the past two decades and have had a profound impact on the wider geopolitical landscape.

The 2004 Orange Revolution was the first major indication of Ukraine’s civilizational choice. This people power uprising saw millions of Ukrainians take to the streets in protest over efforts to rig the country’s presidential election in favor of a pro-Kremlin candidate. It was to prove a watershed moment that marked Ukraine’s rejection of Russian authoritarianism in favor of European democracy.

Almost a decade later when Ukrainian President Viktor Yanukovych reneged on his commitment to sign a landmark Association Agreement with the European Union, millions of Ukrainians once again flocked to central Kyiv to defend their European choice. This second revolution reached a tragic climax when dozens of protesters were gunned down in the heart of the Ukrainian capital. At the time, many observers noted that these victims were the first people to die for the cause of European integration.

Sadly, the February 2014 massacre of protesters in central Kyiv was just the beginning. It was followed almost immediately by a campaign of Russian military aggression that would traumatize and transform Ukraine over the following eight years before eventually plunging Europe into the largest armed conflict since WWII.

Vladimir Putin decided to intervene militarily in Ukraine because he recognized that the country’s European integration posed an existential threat to his own authoritarian regime. Putin saw the Ukrainian desire to embrace European democracy as a dangerous new stage in Russia’s long imperial retreat. Haunted by the fall of the Berlin Wall and the ghosts of 1991, the Russian dictator was determined to crush Ukraine’s European aspirations at all costs.

Within days of the February 2014 killings in Kyiv, the Russian Federation invaded and annexed Ukraine’s Crimean peninsula. Russia then launched a hybrid military campaign to seize large parts of mainland Ukraine, deploying a mix of conventional forces, mercenaries and local collaborators to establish so-called separatist republics in the east of the country. The war in eastern Ukraine resulted in over 14,000 Ukrainian deaths and forced millions to flee their homes. However, it failed in its primary objective of derailing Ukraine’s European integration efforts.

As hostilities in eastern Ukraine rumbled on from 2014 until early 2022, successive Ukrainian governments pursued crucial anti-corruption and economic reforms to meet EU standards. While progress was often slow and backsliding remained a constant threat, Ukraine was able to gradually implement the terms of the country’s EU Association Agreement and secure visa-free travel to the European Union.

This progress proved popular. Since the outbreak of hostilities with Russia, Ukrainian public support for European integration has surged. According to a February 2014 poll conducted by the International Republican Institute, 41% of Ukrainian citizens wanted their country to join the EU. Today, that figure has jumped to 80%.

Putin’s long-term military campaign against Ukraine has now entered by far its deadliest stage. The full-scale invasion of Ukraine that began on February 24 has already claimed tens of thousands of Ukrainian lives and left entire cities in ruins. Despite the horrors of Putin’s war, Ukrainians have not abandoned the goal of joining the EU. Just days after the invasion began, President Zelenskyy made history by submitting an official EU membership application request.

The European Parliament and European Commission have recently confirmed their backing for Ukraine’s bid to become an EU candidate country. This candidate status would bring numerous benefits for Ukraine. It would strengthen Ukraine’s commitment to fighting corruption and provide new impetus in the struggle to reform the country’s institutions. Candidate status would also have powerful symbolic value, boosting Ukrainian morale at a critical moment in the country’s history while underlining Ukraine’s position as part of the wider European family of nations.

Securing candidate status will require unanimous support from all 27 European Union member states. This looks feasible. Many EU members have already declared their backing, with the leaders of France, Germany, Italy and Romania recently voicing their approval during a June 16 visit to Kyiv.

Becoming an official candidate for EU membership will be an important step for Ukraine but the journey ahead will nevertheless remain challenging. There are a number of other European countries with candidate status including Turkey, Serbia, North Macedonia and Albania. Moreover, some EU auditors have stated that the EU accession of Bulgaria and Romania came too quickly. The EU will hope to avoid a similar situation with current and future candidate countries. Finally, fast-tracking Ukraine could “create frustration and instability in the Western Balkans.”

There are additional potential roadblocks. Some members have recently opposed EU enlargement while arguing that internal reforms must be prioritized. Russia will also do everything it can to derail Ukraine’s bid for EU membership. As the Russian invasion continues, the Ukrainian economy shrinks. Experts believe it will take hundreds of billions of dollars to rebuild the country. Some Europeans may be hesitant to take on responsibility for Ukraine.

Granting Ukraine EU candidate status would send a powerful message of solidarity and support to Ukrainians. Likewise, any attempts to postpone or reject Ukraine’s candidacy would risk emboldening the Kremlin and encouraging further Russian aggression.

Few would deny that the Ukrainian people have earned the right to a European future. Indeed, through their sacrifices and heroism, they have given new meaning to the entire notion of European values. It is now up to EU leaders to recognize this achievement and grant Ukraine the status the country so richly deserves.

Mark Temnycky is an accredited freelance journalist covering Eastern Europe and a nonresident fellow at the Atlantic Council’s Eurasia Center.