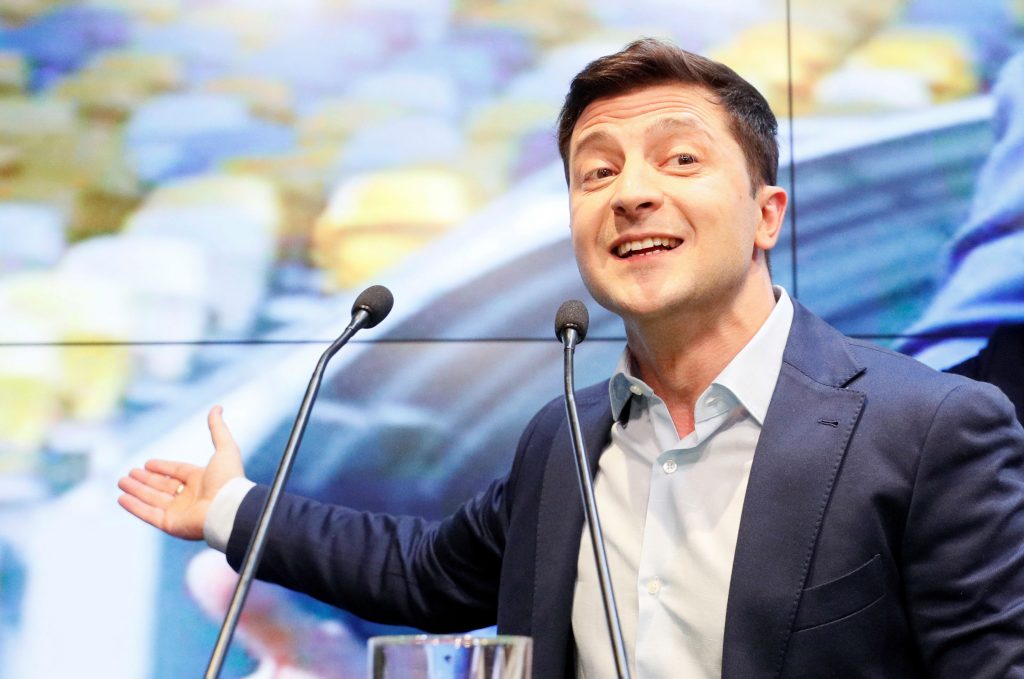 Showman Volodymyr Zelenskiy will soon be sworn in as president of Ukraine. Last month he crushed incumbent President Petro Poroshenko in a remarkable landslide. Zelenskiy’s victory was noteworthy in Ukraine, but it’s also making headlines across the former Soviet Union. While Zelenskiy is inexperienced and his policies aren’t well defined, he knows how to engage the public through clear and innovative communications.

Poroshenko did many things right and wrong over the last five years. He created a strong network of Western partners that included international financial institutions, the United States, Canada, and the EU as well as numerous smaller allies. This network of relationships will be inherited by the new administration. On the other hand, Poroshenko leaves office overseeing a complete breakdown of communication on Ukraine’s eastern flank, with the Kremlin’s agenda and propaganda having achieved a position of almost total dominance over the Russian-speaking information bubble.

This presents an opportunity for the new president. There is a high probability that the tough foreign policy positions and military defense line built up by Poroshenko will be somewhat softened, while communication with Russia will likely see a certain amount of course correction, even if a total reset remains unlikely.

A new foreign affairs team will likely focus mostly on further cooperation with donors and financial institutions and attracting FDI.

However, Zelenskiy may be able to shake things up in eastern Ukraine, where the conflict has reached a stalemate. Zelenskiy hails from eastern Ukraine and is a Russian speaker who built his popularity by making fun of Ukraine’s authorities. “Servant of the People” – a popular TV-show produced by Zelenskiy’s 95 Kvartal studio in which he played a fictional and honest president of Ukraine – was seen by many in occupied Donetsk, Luhansk, and Simferopol.

What would happen if Zelenskiy, after he’s inaugurated, calls on these people to move to Ukraine? It’s quite possible that many will follow.

One of the key problems of the Donbas grey zone that distinguishes it from Transnistria or South Ossetia is its dense population. Up to 2.5 million people currently live there and pay taxes to the fake occupying local regimes that survive only with life support from Moscow. If Ukraine were able to take a significant part of these people back, it would have a large impact on the negotiation process.

The Kremlin understands that Zelenskiy’s influence on public opinion in the so-called DNR and LNR will be huge. Putin’s decision to simplify the acquisition of Russian citizenship for Ukrainians living in the occupied territories might be a preemptive strike.

For Russian speakers, the stadium debate between the two presidential contenders two days before the presidential election has become one of the most significant political events in the last few years. The Zelenskiy-Poroshenko debate has been seen by millions not only in Ukraine, but also in Russia, Belarus, Kazakhstan, and beyond. Current Time, a Russian-speaking channel with coverage in Central Asia, showed the debate live with Russian interpretation, and so did Russian opposition leader Alexei Navalny from a YouTube channel.

From outside of Ukraine, Zelenskiy’s victory was interpreted as a message of hope; a young, bright outsider triumphed over the old political class in a free election. This message resonated with people who want to see Lukashenko or Putin defeated. Zelenskiy’s team was effective in imprinting on Ukraine and the world the idea that their political struggle is a struggle of the new generation against the Soviet legacy and oligarchs.

“Servant of the People” is available in Russian on Netflix, and free of charge on pirated Russian websites. Zelenskiy is an easily recognizable person in Russia, since many mass market shows were shown in Russia, particularly before 2014.

The potential soft power influence of Zelenskiy’s Ukraine on audiences in Russia and around the post-Soviet area is limitless. But will he will use it once he is in charge?

During just a few interviews that Zelenskiy gave during the campaign, he said he wants to create an international Russian-speaking channel. This statement was likely not just an empty promise. Television is one of Zelenskiy’s proven competencies, and one where he has his own team of professionals ready to go. Indeed, Zelinskiy is probably already thinking of what happens to his studio after he becomes president. A new television station might be a win-win strategy for the president and society.

Discussions about how Ukraine can influence Russia, or help Russian dissidents, or create a Russian studies think tank have been circulating in Kyiv for a while, but it never fit with the general line of the party before Zelenskiy.

Ukraine, with its cultural vibe and powerful civil society, has never tried to compete with Russia. Ukraine has an attractive and life-affirming public ideology that differs from that of the Kremlin’s, but it does not export it. Ukraine has a capability to influence Russian-speaking communities beyond its borders but it never has. The country has enough infrastructure and resources to compete for talented Russian-speaking migrants from the former Soviet Union (including Russia), but its migration agency hasn’t been reformed since 1991.

If Zelenskiy truly considers himself the president of a new generation, these three issues might belong on the top of his agenda.