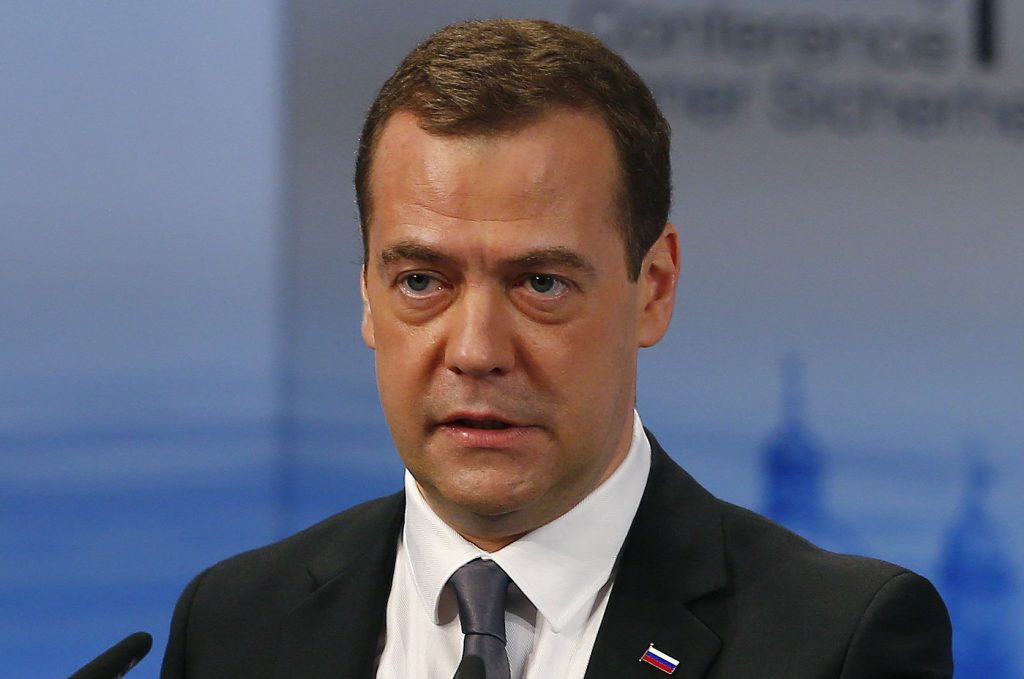 In fact, Medvedev was right: cold war between Russia and the West does exist. But the West’s denials were unnecessary, because cold war is the best possible option for its relations with Russia.

Obviously, cold war is not the Cold War. The latter was waged between two superpowers—the United States and the Soviet Union. A second Cold War is impossible because Russia is an underdeveloped country with the bomb and is no match for the United States. Cold war, in contrast, is being waged and has been waged ever since Russian President Vladimir Putin destroyed Europe’s postwar security architecture by invading Crimea and the Donbas in 2014.

Is cold war an ideal condition for the West’s relations with Russia? Of course not. That would be some variant of peace, whether hot or cold. But peace is not an option since Putin went to war in Ukraine. The only realistic alternative to cold war is thus hot war, or widespread armed hostilities between Russia and the West. Those may yet take place if Putin decides to test NATO’s resolve in Estonia, provoke Turkey, or launch a full-scale invasion of Ukraine. Compared to hot war, however, the political, economic, diplomatic, and ideological hostility that characterize the current cold war is surely preferable.

And not just for the West. Ukraine, too, is currently enjoying a cold war relationship with Russia. Having stopped the Russian advance in the Donbas, Ukraine has effectively frozen the conflict and brought about a condition that is neither genuine peace nor full-scale war. Russian forces in the Donbas continue to shoot, and Ukrainians continue to die, but Russo-Ukrainian relations have moved from military hostility to political, economic, diplomatic, and ideological hostility.

Unfortunately, neither the West nor Ukraine can do much to move their relations with Russia from cold war to some variant of peace. Putin broke the peace, and only Putin can reinstate it. And there’s little reason to believe he’s interested in peace. For there to be hot peace, Putin would have to withdraw his troops from the Donbas, return Crimea to Ukraine, and embrace Kyiv, none of which seem likely. For there to be cold peace, Putin would have to recognize the legitimacy of Ukraine’s government and stop destabilizing the country. That, too, is unlikely.

All the West and Ukraine can do is reduce the likelihood of Putin’s going to war in the Baltic states or Ukraine. And that’s exactly what they are doing. The United States and the European Union have imposed sanctions on Russia. NATO is beefing up its presence in Eastern Europe and Scandinavia. Russia’s western neighbors are raising their military budgets and seeking to cooperate against possible Russian aggression. And Ukraine has, despite its minimal resources, built up one of Europe’s most formidable armies in eighteen months.

Will these measures stop Putin? No one knows. On the one hand, he doesn’t seem irrational, having refrained from embroiling Russia in a bloody occupation of Ukraine in the spring of 2014. On the other hand, he stupidly seized Crimea, thereby devastating its economy, and destroyed the Donbas, thereby harming the interests of Russia and the Russians in Ukraine he was claiming to defend. Putin’s Syrian adventure doesn’t offer any clear-cut evidence for rationality or irrationality either. True, he went in to defend Russia’s ally. But that intervention will cost Russia—and Putin—dearly by involving Russian forces in a costly long-term occupation at a time of domestic economic decline, exposing them to the inevitable terrorist attacks, and sacrificing Moscow’s relations with two strategically important Middle Eastern countries, Saudi Arabia and Turkey, to prolonging the Assad regime’s death throes.

Putin remains a cypher. Worse, he cannot be trusted. Having happily destroyed the postwar security framework that kept Europe stable for so many decades, having threatened to use nuclear weapons to protect his realm, Putin has openly defined himself as a revisionist and a warmonger. Keeping his warmongering inclinations at bay is the best the West can achieve.

So two cheers for cold war! It’s far from ideal, but also far better than the only realistic alternative.

Alexander Motyl is a professor of political science at Rutgers University-Newark, specializing in Ukraine, Russia, and the former USSR.