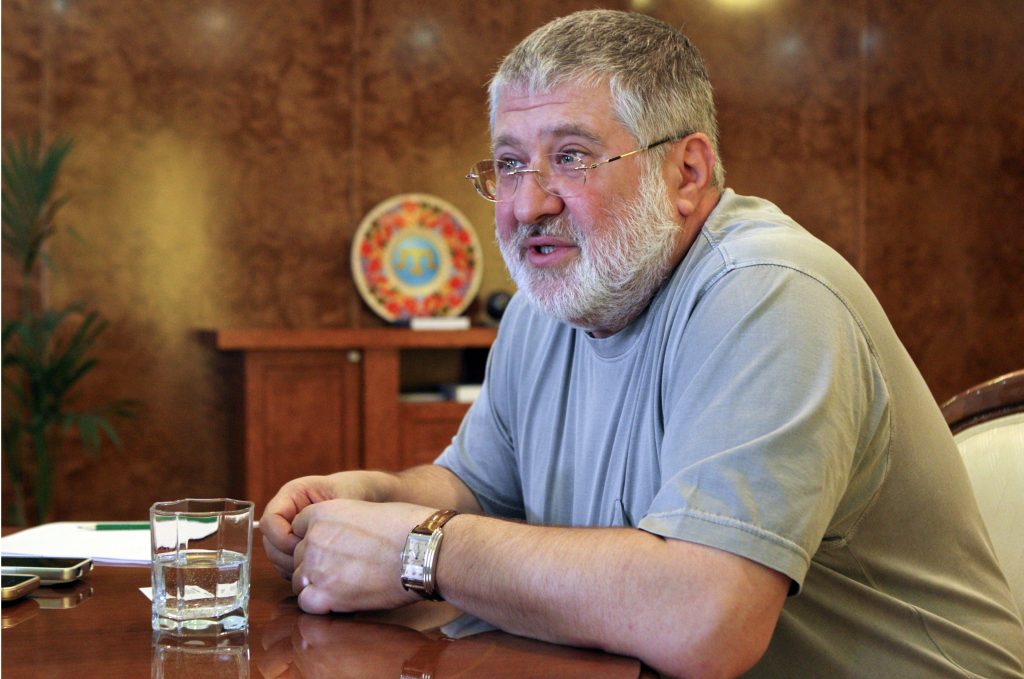 Western pressure on Ukraine to fight corruption has never been greater. But the pressure has been one-sided and focused on Ukraine, which isn’t fair. The West bears some culpability, too. Ukrainians flee criminal prosecution and receive political asylum in the West, and they use Western banks to launder capital from Ukraine. It is time to close down these two avenues for corruption facilitated by the West and make the fight against corruption a two-way process.

Europe has been willing to grant asylum to Ukrainian officials and oligarchs fleeing justice, which nullifies the investigative work of Ukraine’s anticorruption bodies and makes it pointless to establish an anti-corruption court.

Take gas tycoon Dmytro Firtash who has been under opulent “house arrest” at the Ritz Hotel in Vienna, Austria, since 2014, seeking to prevent his extradition to the United States on corruption charges and Spain on charges of collusion with organized crime. Austrian—not Ukrainian—courts are preventing the Ukrainian authorities from administering justice.

Firtash is a well-known oligarch who has headed a number of opaque gas intermediaries bringing gas from Central Asia and Russia into Europe. Although these gas intermediaries were heavily criticized by the United States, the European Union was silent as it prioritized the supply of energy to European homes and made money from the trade. RosUkrEnergo, the longest running of these gas intermediaries, was registered in Austria and Switzerland. And yet, as well-known commentator Edward Lucas writes, Russia’s biggest export has always been corruption, not gas, and Firtash is a major part of it.

In Switzerland, Ukrainian oligarch Ihor Kolomoisky lives in a palace on Lake Geneva. Kolomoisky and his associates are wanted for defrauding Privat Bank of $5.5 billion during a ten-year period from 2005-2016, according to an exhaustive investigation  by Kroll Associates on behalf of the National Bank of Ukraine.

A London court froze $2.5 billion in assets owned by Kolomoisky and Gennadiy Bogolyubov, which was a good first step, but more could be done by his host country.

Oleksandr Onyshchenko fled Ukraine in 2016 after the General Prosecutor’s Office opened criminal charges against him. Although wanted by Ukraine for corruption in the gas sector, he is living in one of his many palatial homes in Europe. Spanish and German courts have refused extradition requests on two occasions, and Interpol rejected Ukrainian requests to publish a red notice for Onyshchenko’s detention. It is likely, however, that Interpol has issued a diffusion notice for Onyshchenko, which has considerably limited his ability to travel, including to the United States.

Serhiy Bondarchuk, the former head of Ukraine’s arms export agency UkrSpetsExport is wanted in Ukraine for corruption but received asylum in the United Kingdom last year.

This has to end.

A second way that the West could enhance the fight against corruption would be to end the ability of its banks to launder money from opaque sources in Ukraine, Russia, and Eurasia. Most of the countries whose banks participate have weak laws on the sources of funds. Banks in Cyprus, Monaco, Lichtenstein, Switzerland, Luxemburg, and London have long turned a blind eye to the opaque sources of capital. The US Department of Treasury pressured Latvia to change its banking laws recently, which will require most account holders to possess a Latvian passport and end account servicing for shell companies. Such an initiative is needed elsewhere to limit criminal money from being laundered.

The Washington-based Global Financial Integrity has calculated that $12 billion is sent abroad from Ukraine each year, which means that $120 billion was laundered between 2004-2013. (Other experts estimate that the figure is closer to $5 billion annually.)

Western courts, Interpol (Europol), and experts working on behalf of lawyers providing asylum and preventing extraditions are making the work of the anti-corruption court redundant before it is even established in Ukraine. Western banks are making it profitable to steal because the capital can be cleaned and used to purchase real estate and influence in western and southern Europe.

Until the West closes these loopholes and stops these double standards, most European governments have no moral grounds to demand that Ukraine be tough on corruption. It takes two to tango and fight corruption.

Taras Kuzio is a non-resident fellow at the Center for Transatlantic Relations at Johns Hopkins-SAIS, and is the author of “Putin’s War Against Ukraine” and joint author of “The Sources of Russia’s Great Power Politics: Ukraine and the Challenge to the European Order.”

Image: Ihor Kolomoisky, billionaire and former governor of the Dnipropetrovsk region speaks during an interview in Dnipro, Ukraine, May 24, 2014. REUTERS/Valentyn Ogirenko