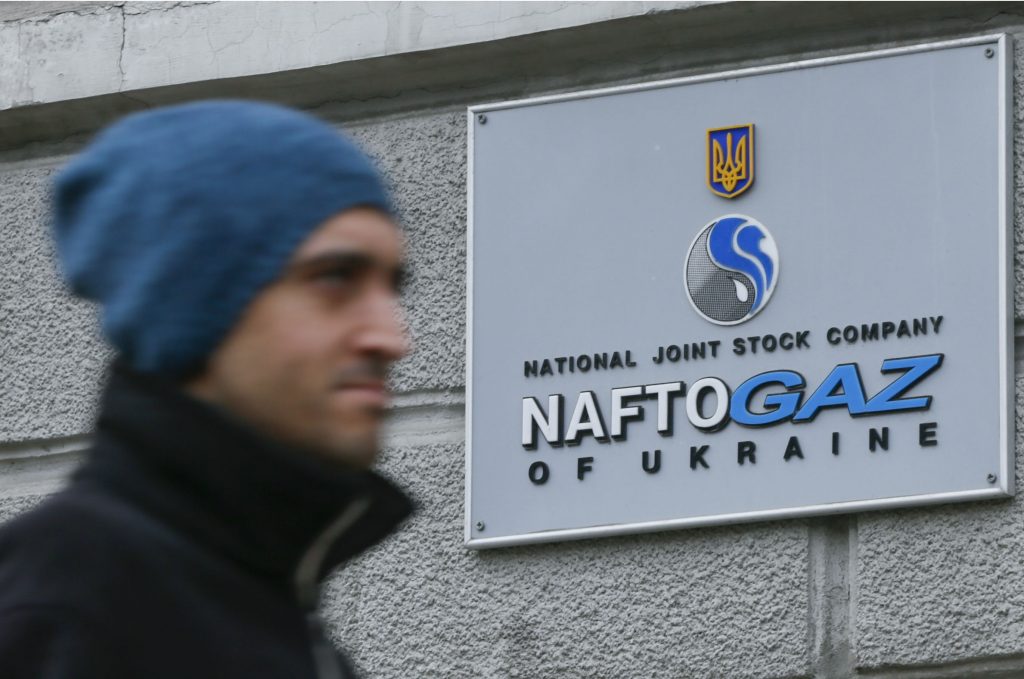 Naftogaz won on all three counts the court considered. First, Ukraine does not have to pay for gas that it has not purchased, revoking the “take or pay” requirement. Second, the court revised the price formula, tying it to market prices at European gas hubs. Finally, the court decided to completely abolish the ban on gas re-export. Whether Gazprom will have to pay damages will be decided later, and Ukraine’s claims to receive more pay for Gazprom’s transit through Ukraine also will be decided at a later date.

The case was based on the ten-year gas supply and transit agreement the two countries concluded on January 19, 2009. This was a shotgun agreement forged between then Prime Ministers Vladimir Putin and Yulia Tymoshenko after the Kremlin had cut all gas supplies for two weeks to Ukraine and sixteen European countries in the midst of a cold winter.

This agreement was flawed from the outset, demanding more from Ukraine than Russia. Naftogaz committed itself to buy far more gas than it needed. The unpublished price formula obliged Ukraine to pay higher gas prices than any other country.

President Viktor Yanukovych claimed that this agreement amounted to abuse of power and had Tymoshenko sentenced to seven years in prison in a kangaroo court, but he never canceled the agreement.

Russia’s gas trade with Ukraine is no ordinary trade. It is an important part of Russia’s hybrid warfare against Ukraine and the European Energy Union. One of Yanukovych’s main supporters was the gas trader Dmytro Firtash, wanted by the US Department of Justice for gross corruption. Reuters recently reported that Russia’s Gazprombank gave Firtash a credit line of $11 billion in 2011. In addition, Gazprom sold gas to him at such a steep discount that his companies made $3.7 billion in two years. The key insight is that Gazprom’s aim in Ukraine is not to make money, but to control the government through devious payments.

Since 2010, Ukraine has consistently bought less gas than the agreement dictated, but Gazprom raised no major objections as long as Yanukovych was president. In practice, the Russian government set the price in a whimsical fashion with purported tax discounts. In early April 2014, one month after Yanukovych had fled the country, Russia hiked Gazprom’s gas price to Ukraine by 80 percent from $268.50 per one billion cubic meters (bcm) to $485 per bcm. Naturally, Naftogaz objected, and stopped accepting Russian gas, for which Gazprom sued it.

In June 2014, Gazprom filed a lawsuit against Naftogaz at the Stockholm International Arbitration Court for significant accumulated gas debt and claimed that Naftogaz should pay for all the gas it was obliged to purchase since 2011. The move was obviously political. The same day, Naftogaz filed a countersuit demanding Gazprom set fair market prices for its gas supplies and recover overpayments for gas since 2010. In addition, Naftogaz claims that Gazprom had underpaid for gas transit through Ukraine for the same period.

Since November 2015, Ukraine has not bought any gas from Gazprom. Last year, its total imports were 13 bcm, mostly imported from Slovakia, while the 2009 agreement obliged Naftogaz to purchase 41.6 bcm per year from Gazprom. This was mainly Russian reverse gas, but importantly it was traded at normal market conditions. Gazprom is currently about to build two large gas pipelines, Nord Stream 2 and Turkish Stream, to avoid Ukraine altogether.

Several big European energy companies have sued Gazprom in Stockholm and obtained substantial price and volume reductions usually in amicable settlements out of court, but Gazprom wanted to beat Naftogaz in court, because this is judicial warfare. This appears have been a foolhardy act, but one that is all too common with Gazprom, a company whose market capitalization has fallen from $369 billion in May 2008 to $50 billion currently, without its chief executive being replaced. One worry of the Naftogaz management is that the Russian government will bankrupt Gazprom, so that they cannot collect their award. While the majority of Gazprom is state-owned, it is not covered by state guarantees.

The victors are Naftogaz’s young CEO Andriy Kobolyev and his first deputy Yuriy Vitrenko. They deserve a round of applause and then some.

Anders Åslund is a senior fellow at the Atlantic Council in Washington and a former economic adviser to the Ukrainian government.