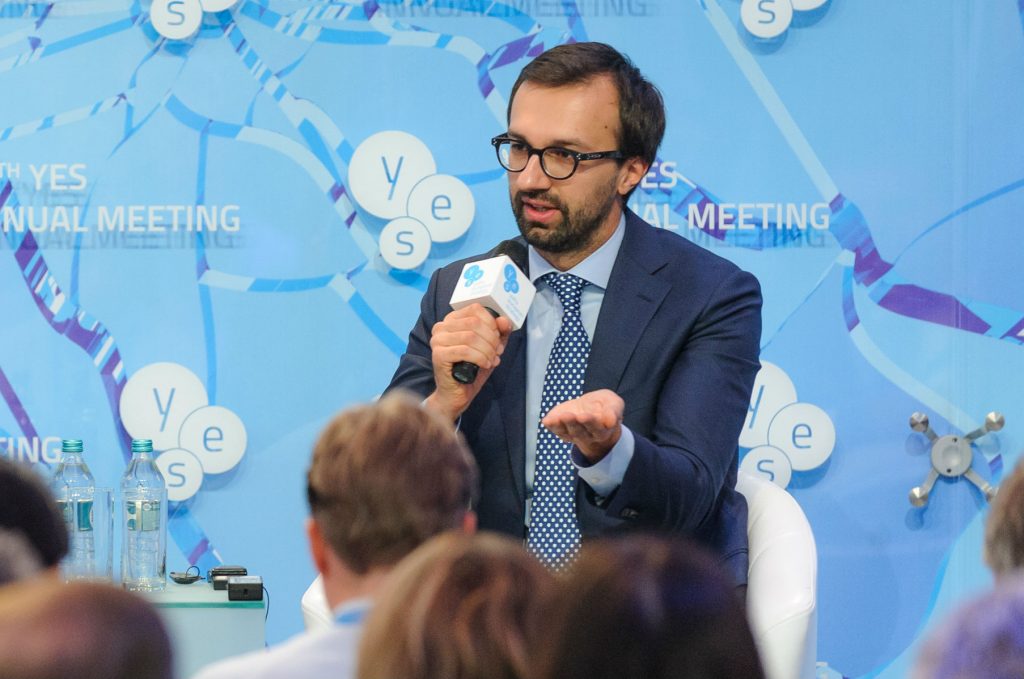 Ukraine’s politics suffer from a vicious circle of corruption. Its elections are extremely expensive. Large amounts of gray and black funds are needed to finance them. Criminals, called gray cardinals, handle this black financing, extracted from the state treasury and state companies. To corrupt all, the gray cardinals and their political allies insist on tiny official salaries of ministers, parliamentarians, and civil servants to force them to rely on black incomes to survive. Only the independently wealthy are free. This vicious circle can and must be broken, by attacking each element in the chain.

To begin with, the salaries of ministers, their deputies, heads of departments, and parliamentarians should be raised dramatically from the current cap of $230 a month to at least ten times more. The present salary caps were introduced in the coalition budget compromise last New Year’s Eve. According to unconfirmed reports, even some seemingly “honest” ministers depend on black cash from gray cardinals of as much as $50,000 a month. After ministers and parliamentarians have become dependent on a gray cardinal, he can order them to obey his commands contrary to law. But if ministers would be able to live on their salaries, their now deceptive declarations of income and wealth could be audited and start making sense. This measure could be implemented instantly.

Second, Ukraine’s elections are extraordinarily expensive. Each of the elections in 2010 and 2012 probably cost $1-2 billion. In relation to GDP, that is more than 1,000 times more than in the United States. A parliamentary election in Sweden costs merely $12 million, and in Germany $100 million. Ukraine should follow the European example. Fortunately, on October 8 the Rada adopted a law on public financing of political parties that limits the amount private individuals and enterprises are allowed to give to parties. Ceilings or prohibitions against expensive political propaganda, such as television ads, are also needed, as is usually the case in Europe. An election in Ukraine should cost no more than a total of $50 million, while today one party needs at least half that much for a national election campaign.

The third step would be to block the financial streams from the state to the black cardinals. One flow comes straight from the state treasury, the so-called deriban. The budget process needs to be tightened up and made more transparent as is currently proposed by the Ministry of Finance. The disbursements should be made fully transparent, as the Ministry of Finance now is trying to do with an open internet site with hopefully all disbursements. Another financial stream derives from state enterprises through corrupt procurement or transfer pricing. Of Ukraine’s 1,833 state enterprises, 1,500 of little or no value should be auctioned off as soon as possible. The most valuable 100 enterprises need to be cleaned up and given proper corporate governance as the Ministry of Economic Development and Trade is trying to do, though it faces severe resistance from the gray cardinals who control these enterprises. When cleansed, most should be privatized. About 200 state enterprises produce armaments and belong to Ukroboronprom, and they require special treatment for national security reasons.

A fourth measure is to give the ministers the right to appoint all their deputies and heads of departments. Today, the gray cardinal in charge of a ministry usually appoints a first deputy minister as his representative or “smotryashchiy,” who supervises the criminal activities.

Finally, the gray cardinals should be taken out of business. The Ukrainian state is probably too weak to do so, because all the political parties are dependent on black funds delivered by gray cardinals, but friendly governments in the West can help. In September and October, several Ukrainian publications published sophisticated studies of the gray cardinals and their activities, notably by Novoe Vremya, Ukrainskaya Pravda, and MP Serhiy Leshchenko on his blog here and here. Western governments can act on this information and investigate the gray cardinals’ money laundering in their countries, as Switzerland reportedly is doing with regard to one of the foremost gray cardinals.

These measures require maximum transparency and the vigilance of civil society.

Can this be done? Yes, but it will be a hard struggle. There’s hope though: no country that is as corrupt as Ukraine is so transparent. This is not an equilibrium. Either corruption or transparency will fade. My bet is that corruption will be beaten, as we have seen in Central and Eastern Europe, while corruption has won together with authoritarianism in most of the former Soviet Union.

Anders Åslund is a senior fellow at the Atlantic Council. His latest book is “Ukraine: What Went Wrong and How to Fix It.”

Image: Serhiy Leshchenko, Member of the Parliament of Ukraine, speaks at the YES conference in Kyiv on September 12. Several Ukrainian publications have recently published sophisticated studies of the gray cardinals and their activities, notably by Novoe Vremya, Ukrainskaya Pravda, and Leshchenko on his blog. Western governments can act on this information and investigate the gray cardinals’ money laundering in their countries. Credit: YES/Sergei Illin, Aleksandr Indychii, Aleksandr Pilyugin and Valentіna Tsymbaliuk