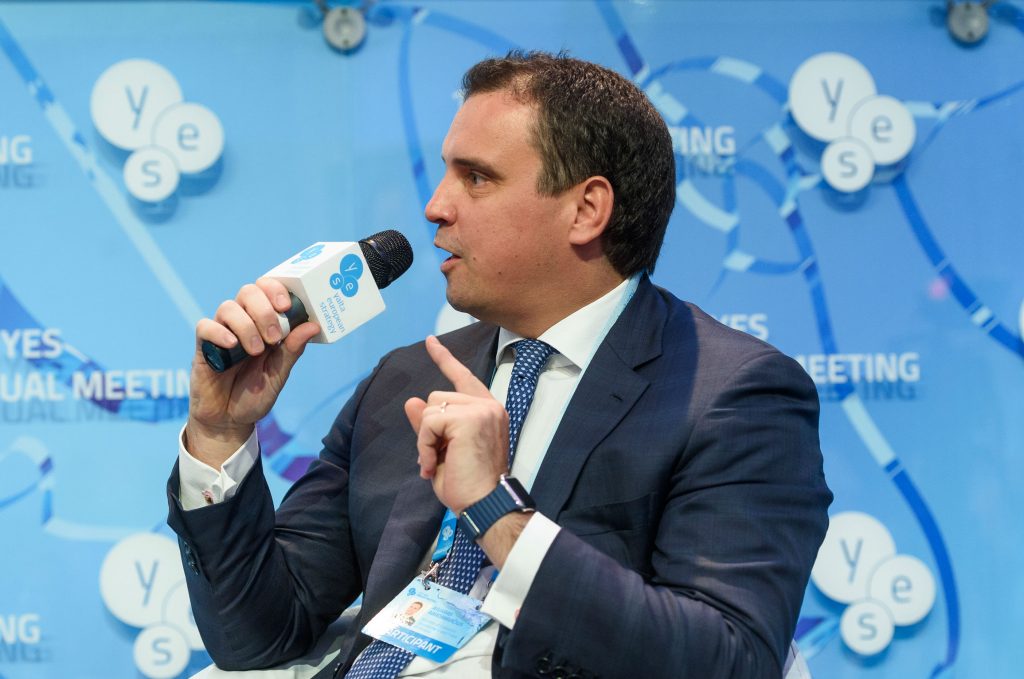 The 42-year-old businessman was in Ukraine’s government for 500 days, and he’s got some unusual insights into what went wrong. In an interview in Kyiv, Abromavičius said that Ukraine must change its HR policy to make room for younger minds and remove old-school politicians.

“We need to get a new type of people to build the new Ukraine,” said Abromavičius. The tragedy, he says, is that none of the people who are ready to make hard decisions with impeccable reputations and private sector experience are in demand now. “The people in demand [in Ukrainian politics] are those who take orders, follow orders, and are loyal. With this type of attitude, changes won’t be dramatic.”

Abromavičius knows what he’s talking about. He refused to appoint someone he believed to be questionable as deputy minister, even though the order came from the president’s right-hand man.

Personalities and talent matters, especially in a country where institutional changes have not been cemented. He said personnel decisions often predict results. “And it’s almost like you tell me who’s going to run that specific organization, and I will tell you whether there would be any changes,” Abromavičius recounts. He said that if a reform-minded individual in government cannot hire more like-minded people, he or she will not succeed.

Four years after the Euromaidan, surveys show Ukrainian politicians are lucky to get more than 10 percent approval ratings and an electorate disappointed in the country’s direction and slow economic recovery. The West is fatigued and frustrated because of the slow pace of reforms, and some donors are stopping projects. Others have suspended aid.

Abromavičius said that reforms needed to be made in the first two years to have a significant effect. “Now those who should be in jail are no longer scared and they are corrupting key reform initiatives. Society no longer trusts the motives of the leadership and is no longer ready to take more hardship after the serious economic downturn and the weak recovery. Economic growth should be 7 percent rather than 2 percent.”

Ukraine is slated for presidential and parliamentary elections in 2019, and Abromavičius has little hope for 2018. “The momentum [for reforms] is gone as we are approaching elections,” he noted.

Privatizing state-owned enterprises, which is something the government has attempted and failed at before, is being given another push. Now there is a good chance to privatize small enterprises Abromavičius believes, but he has doubts that “big enterprises would be sold successfully a year before elections. I don’t see enough of political will on that front unfortunately.”

Ukraine has approximately 3,350 state-owned enterprises that are opaque, ineffective, and inefficient. When Abromavičius joined the government in December 2014, the combined losses of the state-owned companies were $10 billion.

“For an economy of a little less than $90 billion, it is huge. And just next year the combined profit was already $1 billion,” said Abromavičius. “It means that because of our transparency-aimed initiatives, because we drew much more attention toward the problems of state-owned companies, because we changed quite a few CEOs and raised their compensation to market levels, and obviously because Naftogaz is just working differently, all of a sudden we have a different picture.”

Ukraine’s overall picture may be slightly different, but in general, the situation is still the same for Ukrainian oligarchs who got rich in the 1990s by gaining control over state assets. Ukraine’s leaders have failed to fulfill one of the Euromaidan demands of deoligarchization, and Abromavičius is certain that its current leadership won’t change these rules.

Abromavičius singles out the online procurement system Prozorro and changes to the board of the state-owned gas company Naftogaz as “very good.”

By and large, reforms worked because of pressure from Western partners in exchange for financial and military support and from civil society, he said.

There are many more steps ahead than behind. The recent adoption of the privatization law and reintegration of the occupied territories of the Donbas will need to be implemented efficiently. And to reduce the growing gap between salaries in Ukraine and Poland and the Baltic states, Kyiv needs to speed up its reforms, he said.

“When I joined the government being very possibly idealistic and enthusiastic, I thought we were ready for a revolutionary breakthrough,” said Abromavičius. “But it turned out that Ukrainian politicians took the country, again, down the path of evolutionary development. 2 percent and 3 percent growth is good for some stability, it’s good compared to what we had just a few years ago, but that’s not enough, and Ukraine can certainly do better.”