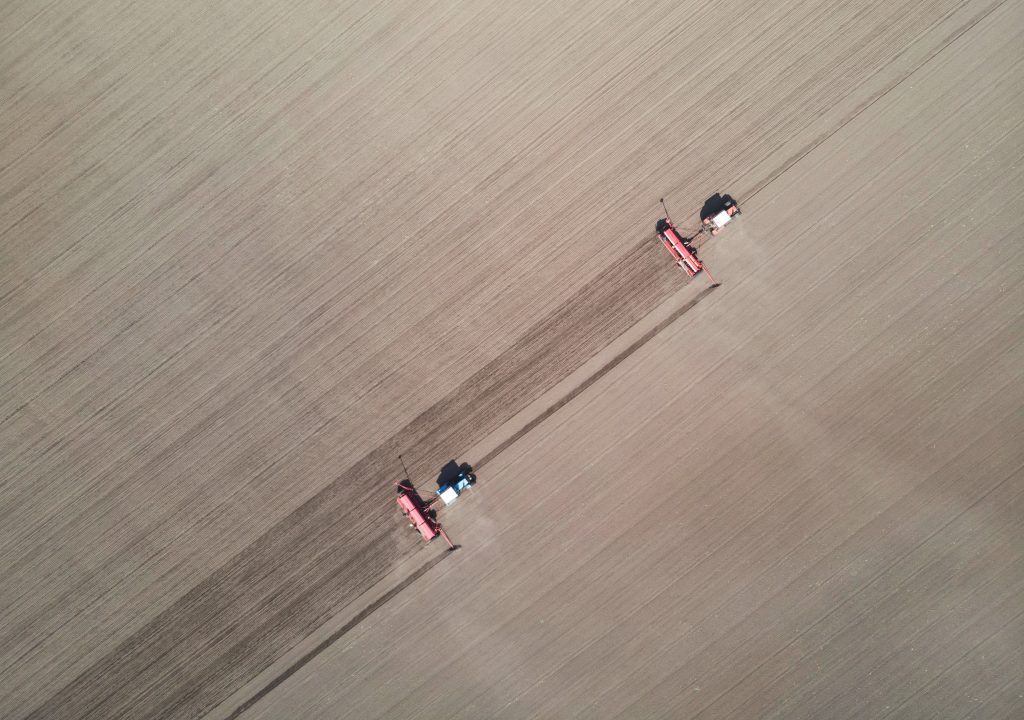 Ukraine is currently undergoing an historic transformation that will be felt throughout the world. The globally significant progress I am referring to is agricultural land reform.

For centuries, Ukraine has been known as “the breadbasket of Europe.” This title is entirely accurate, given that Ukraine is home to around a quarter of the world’s super-fertile “chernozem” or “black soil.”

However, Ukrainians have not been able to fully capitalize on these agricultural riches during the thirty years since the country gained independence. Instead, independent Ukraine became one of only six nations globally without an agricultural land market, joining the likes of North Korea and Venezuela. Thankfully, the situation is now being transformed and Ukraine is gearing up to take its rightful place as an agricultural superpower.

The untapped potential of Ukraine’s agricultural sector is staggering. The country boasts around 42 million hectares of agricultural land. At present, 32 million hectares are cultivated annually, representing an area larger than Italy. Given the size and fertility of the country’s farmland, together with the vast scope for increased harvests and greater efficiency through ongoing modernization, it is no exaggeration to state that Ukraine can feed the world.

Ukraine is already among the top three grain exporters and a world leader in areas such as soybeans and sunflower oil. Ukrainian agricultural exports enjoy a growing profile in key global markets like China, Egypt, India, Turkey, and across the European Union.

The countries of the Middle East represent a particularly promising focus for Ukrainian agricultural exporters. This was evident during President Zelenskyy’s February 2021 visit to the United Arab Emirates, where agriculture trade featured prominently in a range of signed memorandums and agreements worth around USD 3 billion. Looking ahead, Ukraine aims to provide food security for the UAE as well as a number of other countries in the region including Saudi Arabia and Qatar.

Ukraine has also demonstrated huge promise in some of the world’s fastest-growing agricultural niche markets. Today, Ukraine is among the top three exporters of organic products to the EU. We plan to achieve similar organic market penetration in the United States and across Asia. Organic products can serve as one of the engines driving the future development of Ukraine’s agricultural sector.

These ambitious goals are entirely realistic but they require a sensible and modern approach to the evolution of Ukraine’s agricultural industry. Since achieving independence in 1991, Ukraine has never established a functioning agricultural land market. Instead, an official moratorium on the sale of agricultural land was introduced in 2001, when I was just thirteen years old.

I grew up in a farming family in rural Ukraine where life revolved around agriculture. My parents and everyone else in the community who rented out land soon came to the conclusion that the moratorium was a way of stealing land. However, there were no legal mechanisms available to us that could protect against the arbitrariness of corrupt officials.

When I became head of the state agency responsible for the use of land resources, I carried out an inventory of state-owned lands. At least five million hectares had simply disappeared since the start of the moratorium. Unscrupulous officials had handed this land over to developers in exchange for illicit payments. This is how the shadow land market of recent decades made Ukrainians poorer while generating obscene wealth for a small group of corrupt officials and their associates.

This breakthrough is just the beginning. Due to public fears and concerns fueled by those who benefited most from the moratorium, the reform bill of spring 2020 was highly conservative. With time, as people begin to see the advantages of a functioning agricultural land market and develop a sense of trust towards the new rules and regulations of the market, further changes will be introduced. Eventually, Ukrainians will be invited to take part in a national referendum on the issue of allowing foreign citizens to purchase agricultural land.

Safeguards will remain in place to make sure the reforms bring benefits to ordinary Ukrainians rather than the country’s billionaire class. These measures include limits on the amount of land any one individual can purchase.

In parallel to the emergence of an agricultural land market, we are also developing instruments to provide affordable financing for Ukrainian agribusinesses. In cooperation with the National Bank of Ukraine, farmers will be able to access loans at competitive rates to finance upgrades in machinery along with the purchase of quality seed and fertilizer. The Ukrainian parliament is currently working on an Agricultural Loan Partial Guarantee Fund, which will provide assistance to small and medium-sized farms.

At every stage of land reform implementation, we are guided by what we term as the 3D formula: deregulation, de-shadowing, and digitization. We aim to collect information about all the country’s natural resources, including agricultural land, via satellite. This will be made available online as part of our commitment to transparency and digitization.

Recently adopted legislation governing concessions and public-private partnerships will help to upgrade Ukraine’s infrastructure and boost the country’s ability to transport larger volumes of crops and value-added agricultural produce to global markets. Meanwhile, river traffic reforms passed in late 2020 will enable Ukraine’s Dnipro River to regain its historic role as one of Europe’s great waterways and serve as an increasingly important route for agricultural exports.

Last year’s agricultural land reform was a watershed moment in modern Ukrainian history, but experience elsewhere in the region indicates that the development of the market will continue for many years to come. In neighboring Poland, for example, land reform has been underway for the past 15 years. The process will evolve similarly in Ukraine, taking into account the country’s changing social and economic circumstances.

At every stage of this process, we will work to make sure Ukrainians are protected from the greed on tycoons and corrupt officials. The government will never lose sight of the central idea that Ukraine’s farmlands are the nation’s greatest asset. In the years ahead, this will leave Ukraine well placed to assume an ever-greater role in global food security. Ukrainians will finally reap the benefits of the country’s legendary fertility, and the whole world will come to know Ukraine as a land of unrivaled agricultural riches.