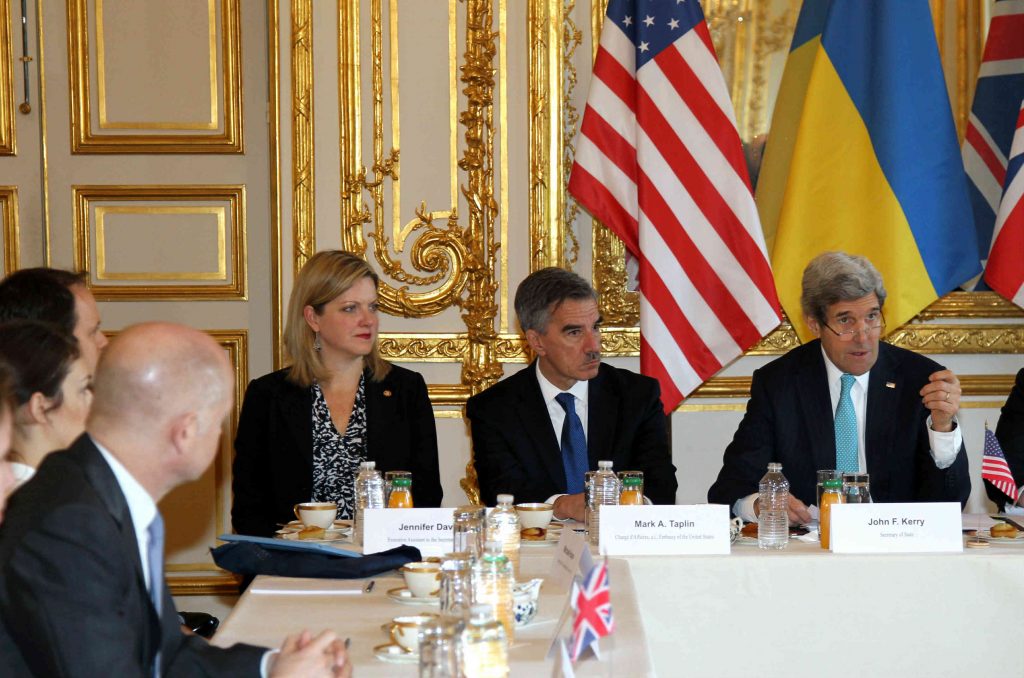 The Ukraine crisis is not only about Ukraine. Far more urgent for humanity as a whole are the commitments made by Russia and other UN Security Council members with regard to Ukraine’s accession to the Non-Proliferation of Nuclear Weapons Treaty (NPT) following the Soviet Union’s collapse. The NPT aims to curtail the spread of weapons of mass destruction.

Upon independence in 1991, Ukraine inherited the world’s third-largest arsenal of nuclear warheads. Most were not immediately deployable, since the black suitcase remained in Moscow. Even so, in principle, Kyiv had the possibility of resetting the old firing control systems of the Soviet nuclear weapons left on Ukrainian territory.

In early 1992, Ukraine’s armed forces possessed intercontinental ballistic missiles (ICBMs), long-range bombers and their payloads, as well as additional atomic weapons—a total of 4,025 units, or 15 percent of the former Soviet nuclear arsenal, according to the US Natural Resources Defense Council. Up until the mid-1990s, Ukraine had far more nuclear weapons than China, France, or the United Kingdom combined. The cumulative destructive power of this arsenal was enormous. Even if Ukraine had retained only a fraction of this weaponry, today it would be a feared nuclear power.

But Ukraine didn’t take this path. Instead, under diplomatic pressure from Moscow and Washington, it quickly turned over all its nuclear weapons to Russia. To be sure, the Ukrainian leadership initially had cold feet after signing the Lisbon Protocol in 1992, which obligated Ukraine and other ex-Soviet republics to surrender their atomic warheads. Kyiv delayed the protocol’s ratification for several months. It already suspected that Moscow could one day seek to exploit the defenselessness of “Little Russia,” as Russian nationalists often refer to Ukraine.

Yet in December 1994, at a CSCE summit in Budapest, all five permanent members of the UN Security Council assured Ukraine of its territorial integrity, national borders, and political sovereignty. The Russians, British and Americans did so in a multilateral document signed with Kyiv, while the Chinese and French governments issued unilateral declarations. In the Budapest Memorandum on Security Assurances, Russia, the United States and the United Kingdom also assured Ukraine against economic and political pressure and promised immediate consultations should these provisions be infringed upon.

As we know, Russia has since broken most of those promises. Moscow not only trampled the 1994 memorandum and numerous other multilateral accords on the inviolability of European borders. The Kremlin has also flagrantly breached a series of bilateral treaties with Ukraine that Russia themselves once initiated. In the case of Crimea, Moscow abrogated its legal commitments through an official territorial annexation by force–a border change not seen in Europe since 1945.

Against this backdrop, the NPT—which grants the permanent Security Council members special privileges—appears de facto void. If an NPT signatory can’t even be kept safe from one of the treaty’s five guarantors, then what is the value of banning the spread of nuclear weapons? What nation with not deterrence potential or a close alliance with a nuclear power can now count on the inviolability of its borders? If a Security Council member can enlarge its territory at the expense of a neighboring country without much punishment, the NPT turns into a vehicle for the official nuclear powers to advance their own agendas.

In the case of the 2014 Russian-Ukrainian conflict, implementation of the treaty has actually facilitated military expansion. A main reason the West hesitates to support Ukraine militarily lies in Russia’s overkill capacity and Europe’s fear of World War III. Both Russia’s ability to threaten the deployment of nuclear weapons and Ukraine’s inability to do so made Moscow’s aggressive foreign policy more likely.

Paradoxically, the NPT’s implementation regarding Ukraine caused the opposite of its intended aim. Non-proliferation stipulations specified in the treaty and the special privileges Russia enjoys as a permanent Security Council member have combined to become instruments of a coldly calculated intimidation strategy in order to secure an illegal military occupation. The absence of any nuclear deterrence made Ukraine prey to an attack by a revisionist power with superior conventional arms. In contrast, Russia’s large nuclear deterrence potential served the Kremlin not as a defensive mechanism, but for consolidating territorial gains obtained through use of military force.

It appears that every country now must fend for itself. If Ukraine is treated in this cavalier manner after naively giving up its post-Soviet nuclear arsenal, what assistance can other non-nuclear states expect in crisis situations? What assurances do militarily weak countries have which cannot even point to documents like the Budapest Memorandum or the 1994 French and Chinese governmental declarations to Ukraine? Russia has flagrantly violated the Treaty, the three Western permanent members of the Security Council have reacted hesitantly, while China has remained silent and is instead cynically utilizing Russian-Western tensions in its parochial geoeconomic games. Against this background, safeguarding lasting territorial integrity will again be the sole matter of individual states. The message that this sends to all current and future state leaders seems clear: One’s own nuclear deterrent is the only effective instrument for sustainably ensuring a country’s full sovereignty.

Andreas Umland is Senior Research Fellow at the Institute for Euro-Atlantic Cooperation in Kyiv, a member of the Academic Experts Council of the Ukrainian parliament’s Committee on European Integration, and General Editor of ibidem Press’s book series “Soviet and Post-Soviet Politics and Society” at Stuttgart. Andrew Kinder kindly helped with preparing this text.