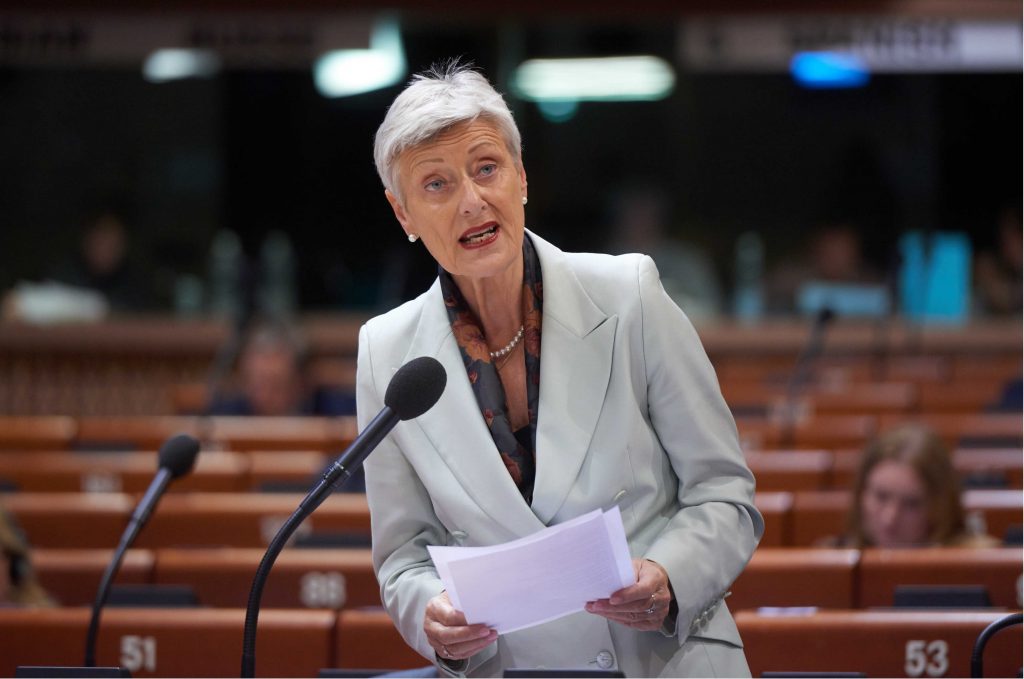 After long resisting Western pressure to implement the political points in the Minsk agreements, Ukraine scored a diplomatic victory last week when the Parliamentary Assembly of the Council of Europe (PACE) passed two important resolutions.

The first resolution officially defines the conflict in Ukraine as Russian aggression, countering those who claim it is just a civil war or separatism. Most importantly, it calls on Russia to “allow Ukraine to regain control of Crimea” and “withdraw its troops from the territory of Ukraine.” The West now also recognizes the impossibility of conducting free and fair elections in the Donbas unless the security situation there improves and Russian military withdraw. The second resolution highlights serious human rights violations in Crimea and eastern Ukraine and calls on both sides to address them.

The resolutions’ passage has already prompted a change in rhetoric among top European officials. In his recent remarks, Germany’s Foreign Minister Frank-Walter Steinmeier said that “conditions for holding elections in the Donbas have not been met.” Even French President François Hollande, who previously upset the Ukrainian leadership with his prioritization of elections, is now calling for a roadmap outlining steps to restore control of the border.

The issue of whether to establish a lasting ceasefire first, or to go ahead with elections despite hostilities, has been a point of friction between Ukraine and its Western allies. France and Germany, in particular, had urged Ukraine to first adopt a constitutional amendment on the special status of the Donetsk and Luhansk People’s Republics, pass a new election law, and grant amnesty to the separatists before trying to regain control of its eastern border.

Interestingly, this position has echoed Russia’s demands. In May 2016, Russian Foreign Minister Sergei Lavrov said that the conflict would continue until “political aspects of the crisis are resolved.” Today, the Kremlin still insists that Ukraine synchronize political components with security, and accuses Kyiv of using the instability on the contact line as a pretext to sabotage the political process.

Ukraine has argued that that sequence of actions would not prevent separatists from resuming fighting after the elections, and concrete steps were never laid out for control of the border to be returned to Ukraine, or at least to the UN.

Given the criticism of the Minsk agreements by the Ukrainian people, Ukrainian President Petro Poroshenko has been slow in complying with the political aspects of Minsk. Mustafa Nayyem, a member of the Verkhovna Rada, has been among the most vocal opponents of implementing Western governments’ demands. He has called them a trap and recently warned that “any voting in the Verkhovna Rada on the Minsk agreements could spark popular protests.”

Many Ukrainians believe the West is naive about the true nature of the adversary. The separatists, they say, are trying to legalize the status of the occupied territory by pushing for the constitutional amendment. Mykola Sunhurovskiy, director of military programs at the Razumkov Center, argued that Moscow could use the elections to legitimize the DPR and LPR regimes, which could later “officially” invite Russia to provide military support.

This fall, both sides agreed to pull out troops and weapons one kilometer away from the contact line in three villages: Zolote, Petrivske, and Stanytsia Luhanska. Although progress was made in the first two, efforts stalled in Stanytsia Luhanska due to ceasefire violations.

The security situation in the Donbas remains tense and is prone to escalation. Georgiy Tuka, Ukraine’s deputy minister in charge of temporarily occupied territories and internally displaced persons, noted that mistrust is so high that “the pullout began with a rocket launch instead of using the clock.” There is also a fear that the separatists are using the ceasefires to rotate and reinforce their forces.

Some Ukrainian military experts think that this pullout could in fact hurt Ukraine. Yuriy Karin, editor-in-chief of the Information Resistance group, is skeptical about the success of the framework agreement. He sees a risk of losing those villages: the separatists are likely to continue provocations, and will then blame Ukrainian forces for even minor violations. “I believe that the enemy will try to occupy these areas, and Ukraine will likely have to force them out by spilling needless blood,” he said.

With the diplomatic breakthrough at PACE last week, Ukraine demonstrated that it’s not a pawn of great powers, but is quite capable of defending its national interests. Iryna Gerashchenko, deputy speaker of the Ukrainian parliament, played a critical role by representing Ukraine’s position, which is complete security, not just a week-long ceasefire; the release of all Ukrainian hostages without blackmail for amnesty; access of the OSCE Special Monitoring Mission to the border; and free and fair elections in the Donbas. But despite this diplomatic progress, fully resolving the conflict is still a long shot, given that the main parties cannot agree on the sequence of enacting the Minsk agreements.

Image: Marieluise Beck, a German MP and member of the Parliamentary Assembly of the Council of Europe, spearheaded one of the two resolutions PACE passed last week on Russian aggression. Here Beck speaks on the resolution in Strasbourg on October 12. Credit: Council of Europe/ Cathérine Monfils