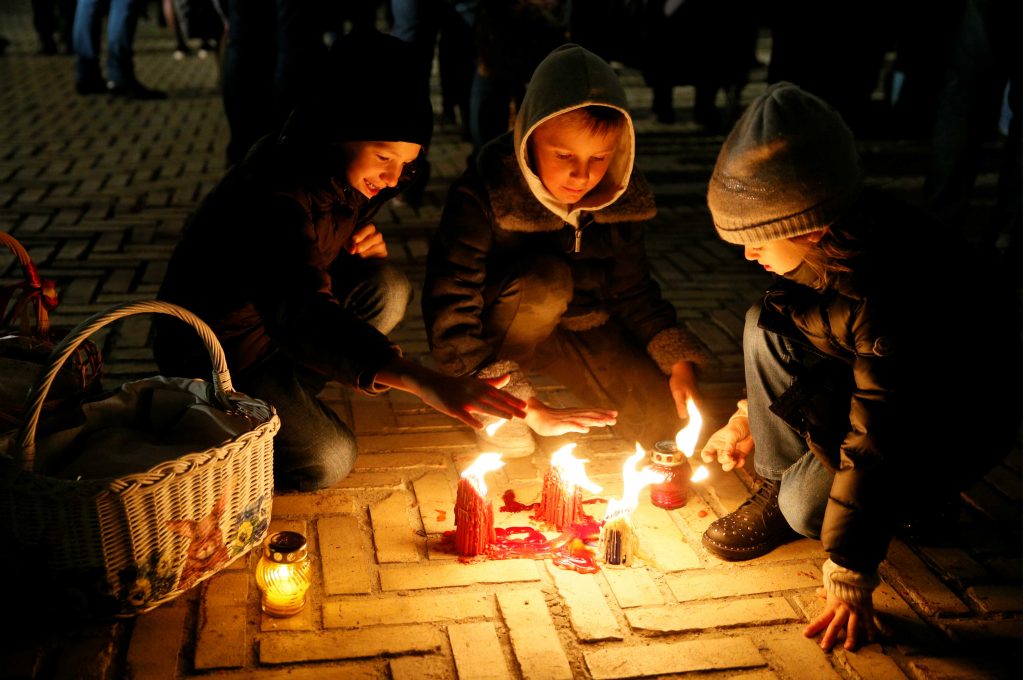 In January, the Czech government announced plans to double its annual quota for Ukrainian fast-track migrant workers from 9,600 to 19,600. Three years ago, the quota had been just 3,800. Prague’s message is clear—Ukrainian workers are not merely welcome but vital to the Czech Republic’s economy.

The Czechs are not the only ones in Central and Eastern Europe seeking to entice greater numbers of Ukrainian workers to replenish their own depleted populations. From the Baltic to the Balkans, national governments are relaxing employment regulations and looking at ways to bolster their Ukrainian workforce. Many are actively recruiting within Ukraine itself, with billboards in towns and cities advertising the attractions of seasonal work or full-scale emigration. Others have set up agencies and launched multimedia campaigns as they fight over the human resource Klondike that is the highly skilled and grossly underpaid Ukrainian workforce.

It is not hard to see why the idea of importing workers is so popular across the region. Central and Eastern Europe suffers from a perfect storm of demographic decline that threatens to undermine the political and economic progress achieved over the past quarter of a century. Low birth rates, high mortality rates, and vast outflows of youth migration to the wealthier nations of Western Europe are combining to create shrinking populations where pensioners may soon begin to outnumber those of working age.

This phenomenon makes the region unique. According to UN figures, the ten countries with the fastest-shrinking populations in the world are all former Eastern Bloc nations.

Ukraine is prominent among these dwindling populations and set to witness an 18 percent decline by 2050. The UN list also features Bulgaria, Croatia, Serbia, Hungary, Latvia, Lithuania, Moldova, Romania, and Poland. Over the next thirty years, each of these countries faces the prospect of at least a 15 percent drop. Demographers say such drops are historically unheard of except in times of war.

Why is Central and Eastern Europe turning to Ukraine as the solution to their demographic woes? Costs, skills, and proximity all serve to make Ukrainians attractive economic immigrants. The economic crash that accompanied Ukraine’s 2014 Revolution of Dignity and subsequent hybrid war with Russia has served to amplify preexisting economic disparities between Ukraine and its EU neighbors. Ukrainians earn the lowest average salaries in Europe, making the modest incomes on offer in Central Europe seem like a king’s ransom. Geographical proximity also makes Ukraine an appealing option, with Ukrainian workers readily available on short notice. They enjoy a positive reputation as highly educated employees with a good work ethic.

Perhaps the biggest selling point for Ukrainian migrants is their cultural compatibility. Western Europe has long grown used to the idea of covering its own demographic shortfalls through mass immigration from African and Asian countries, but this remains a politically toxic option for much of Central and Eastern Europe. Electorates there have repeatedly demonstrated their opposition to non-European immigration and have shown resistance to multiculturalism. These diverging attitudes toward immigration have caused ruptures between old and new Europe, leading to escalating confrontations within the EU and fueling the rise of populist nationalism in Poland and Hungary.

Against this backdrop of identity politics and anti-immigration anxiety, Ukrainian economic migrants have come to be seen as the least worst option for a region that desperately needs new workers but fears losing its historic character. Ukrainians benefit from positive perceptions as ethnically, religiously, culturally, and socially close to their Central European neighbors, making successful assimilation less of a challenge.

The popularity of Ukrainian workers is most evident in Poland. The Polish government has led the way in welcoming Ukrainians, issuing work permits to more than one million since 2014. The rapid expansion of the Ukrainian workforce has become a central plank of Poland’s economic policy, allowing the country to maintain growth rates despite labor shortages. The approach has set the tone throughout the region.

Poland has also sought to reap geopolitical benefits from its recent Ukrainian arrivals by positioning them as refugees. Polish politicians like to argue that the EU should be thanking Warsaw for harboring so many Ukrainians fleeing Russian aggression, rather than pressuring the country to accept Syrian immigrants. This argument has convinced few in Brussels while annoying many in Kyiv. In truth, virtually none of the Ukrainians who moved to Poland since 2014 would qualify as refugees. They are economic migrants drawn by the same promise of higher salaries and brighter prospects that has seen millions of Poles leave their own country for Western Europe.

While the debate continues over the status of Poland’s Ukrainian community, there is no question that the rapid expansion of this community is transforming the makeup of Polish society. Ukrainian communities of similar prominence now look set to become the norm throughout Eastern and Central Europe. Ukrainians are already the largest minority in the Czech Republic. Within a decade, they will be the dominant minority in towns and cities throughout the entire region.

The flow of Ukrainians into Central and Eastern Europe poses significant problems for Ukraine itself, raising the prospect of a demographic decline that could easily outpace what are already disastrous UN projections for the country.

As Ukraine’s authorities seek to head off this looming disaster, they will find that short of closing the country’s borders, there are no quick fixes. Resolving the conflict in eastern Ukraine would certainly help by easing the short-term pressures created by millions of displaced people, but until salaries and living standards in Ukraine move closer to those in neighboring EU countries, the population drain will continue.

These trends will hit Ukraine’s impoverished rural communities and regional centers hard. The Ukrainian countryside has experienced rapid population decline since the Soviet collapse and continues to suffer from dilapidated infrastructure and economic inertia. These regional realities are likely to lend the ongoing decentralization process a sense of added urgency as small town Ukraine finds itself competing directly against life inside the EU.

Thanks to a big post-Maidan push to decentralize power, local Ukrainian communities already enjoy considerably more access to state funds. This will give rural Ukraine a fighting chance and allow inventive administrators to make individual districts more appealing. Coordinated nationwide efforts are also necessary in order to keep local communities alive and convince Ukrainians that they can build an attractive future for their children in their own country. Better roads, schools, and healthcare will encourage people to start families and persuade them to stay, even if the salaries on offer are not as high as elsewhere.

In the long term, nothing will prevent Ukrainians from continuing to vote with their feet unless Ukraine becomes more competitive. The current gulf in living standards between Ukraine and even the poorest nations of the EU makes further population shifts inevitable, with Ukraine trapped in the unenviable role of supply source for a region scrambling to bridge the gaps in its own depleted workforces. Unless Ukraine addresses this issue urgently, the country’s demographic crisis will only worsen. Within a generation, depopulation may become a far greater threat than both corruption and the Kremlin.

Image: Children wait for the beginning of the Orthodox Easter service outside the Pechersk Lavra monastery in Kyiv, Ukraine, April 15, 2017. REUTERS/Valentyn Ogirenko