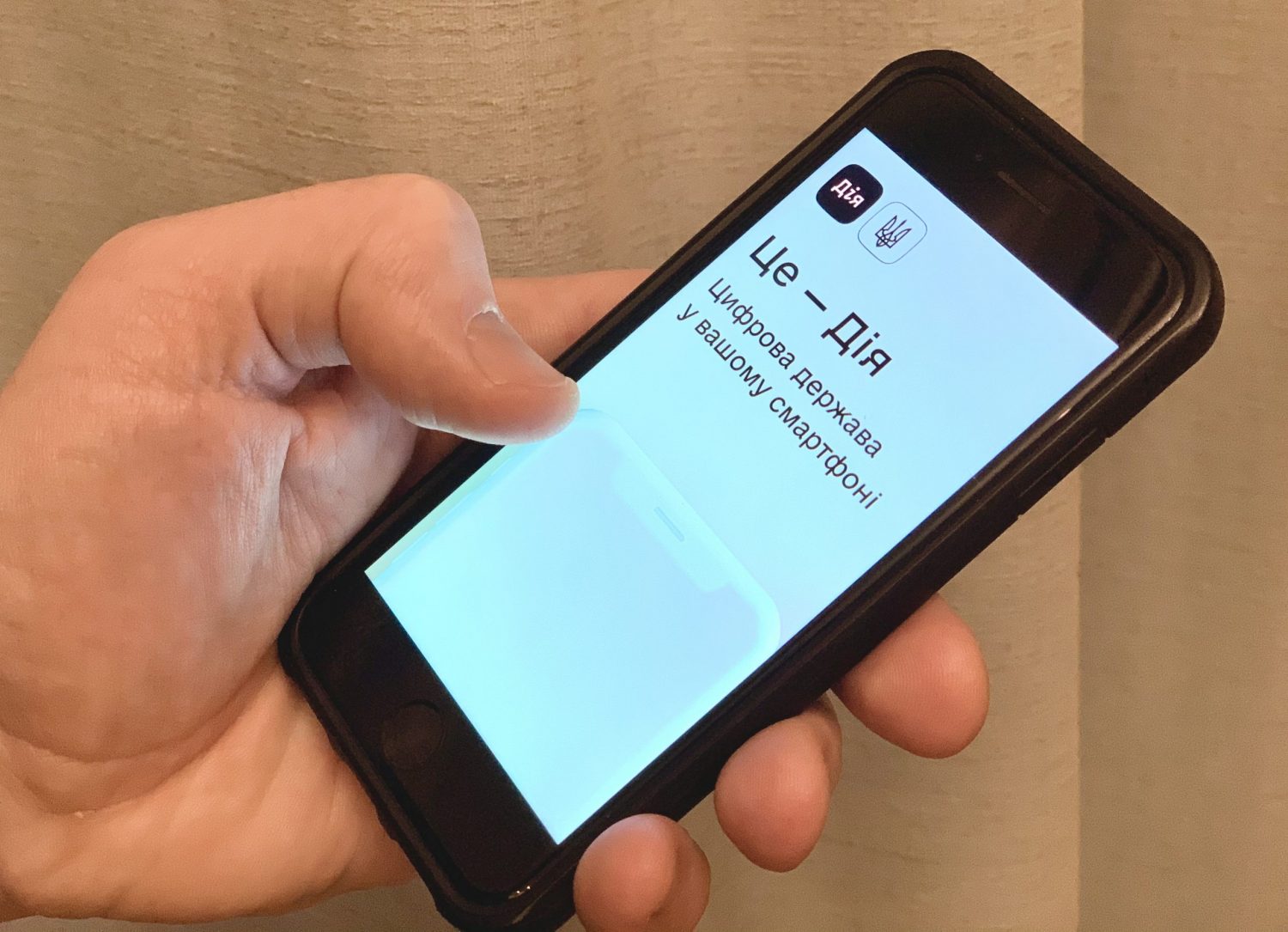 Critics of Ukrainian President Volodymyr Zelenskyy like to claim that he is big on platitudes but short on specifics. One of the relatively few areas where Zelenskyy has been clear about his intentions from day one of his presidency is in his desire to digitize the work of the Ukrainian government. This “country in a smartphone” concept is now starting to take shape, and it may well be the most effective way to speed Ukraine along in its ambitious transformation away from the corruption and dysfunction of the post-Soviet era.

Ukraine unveiled the “Diia” mobile application in early February. This app will serve as the main channel of digital communication between the government and the country’s citizens. Within a week, it had been installed by more than one million Ukrainians. For the moment, the “Diia” app offers limited functions such as digital driving licenses and ID for domestic flights. Digital passports are set to launch at the end of March, with much more to follow. Diia’s initial digital offering is already proving popular. Within two days of the official launch, 360,000 Ukrainians had downloaded digital driving licenses.

This strong response confirms the huge appetite for digitalization within Ukrainian society, especially among younger Ukrainians. The popularity of digital solutions among Ukraine’s hipster generation should not fool anyone into dismissing the “country in a smartphone” initiative as a mere gimmick or a fleeting fashion. On the contrary, digitalization has the potential to become an unrivaled tool for change. Indeed, it should arguably be the number one priority for anyone who is genuinely interested in Ukraine’s progression towards greater rule of law, stronger property rights, and the fight against corruption.

Ukraine does not have to look far for inspiration. Former Estonian President Toomas Ilves is widely credited with driving the digital transformation of his country, which today serves as a global model for digitalization. Ilves once told me that his friends liked to joke about the expense of driving in Estonia. The reason was simple: unlike neighboring countries, Estonia had implemented a system of automatic fines, thus removing the possibility of reaching informal agreements with traffic police. Such examples are directly relevant to today’s Ukraine, which continues to languish in the lower half of global anti-corruption rankings.

As well as specific benefits such as reducing the human factor in some of the more rudimentary aspects of law enforcement, digitalization can provide a boost to a range of structural reforms. Ukraine’s efforts to open up the country’s agricultural land market would be considerably more effective if issues relating to the currently complicated land registry system were resolved via block chain technologies.

Likewise, stalled healthcare reforms would benefit from the full digitalization of medical records and other aspects of the medical services sector. For issue after issue on Ukraine’s reform agenda, digitalization offers a fast track to the kind of transparency that kills corruption.

One of the long-term objectives of President Zelenskyy’s “country in a smartphone” vision is online democracy. Again, the Estonian experience provides ample inspiration. During the Baltic country’s last parliamentary elections in 2019, 44% of all votes were cast via the internet, establishing a new record.

If Ukraine is able to implement digital voting, it will greatly reduce the scope for election fraud while also helping to consolidate the engagement of young Ukrainians in the country’s democracy. Thanks to the appeal of Volodymyr Zelenskyy himself, record numbers of twenty-something Ukrainians participated in Ukraine’s 2019 presidential and parliamentary elections. Online elections could help turn this specific trend into the new normal. In an electorate traditionally dominated by conservative-minded pension-age voters, greater youth engagement would inevitably mean more support for progressive parties.

With an outmoded state apparatus and a tech-savvy population eager for change, Ukraine is perhaps uniquely well-placed to embrace the benefits of digitalization. However, these advantages are not specific to Ukraine and are global in nature. A recent World Bank report on the subject highlighted how digital transformation can rapidly raise income levels while cutting government waste. Using the example of Nigeria, the report outlined how implementation of a digital ID card system had allowed the government to identify 62,000 “phantom employees” in the public sector, resulting in savings of around USD 1 billion.

Ukrainian Prime Minister Oleksiy Honcharuk has already announced a 10% reduction in government employees as a result of the “country in a smartphone” initiative. This alone could lead to savings worth hundreds of millions of dollars while also dramatically improving the speed, efficiency and transparency of government services.

Ukraine’s digitalization drive is currently in its early stages. The potential benefits are already obvious, while the enthusiasm of the initial public response has been highly encouraging. In order to reach its full potential, digitalization now requires a combination of political will and financial backing. President Zelenskyy and his Servant of the People party have clearly demonstrated their political commitment to the digitalization initiative, not least via the establishment of the country’s new Ministry of Digital Transformation in August 2019.

Ukraine’s international partners, including both international financial institutions and individual partner countries, should also consider placing an emphasis on digitalization initiatives. Billions have been allocated since 2014 to help finance a variety of reforms in Ukraine. The return on these investments has been varied, to say the least. Looking ahead, President Zelenskyy’s flagship digitalization drive may now be the most effective way to invest in the country’s future.

The impeachment of President Trump is now over but the drama has had a profound impact on US-Ukrainian relations and on American public awareness of Ukraine.

Image: The recently launched "Diia" app is central to President Zelenskyy's vision for Ukraine as a "country in a smartphone"