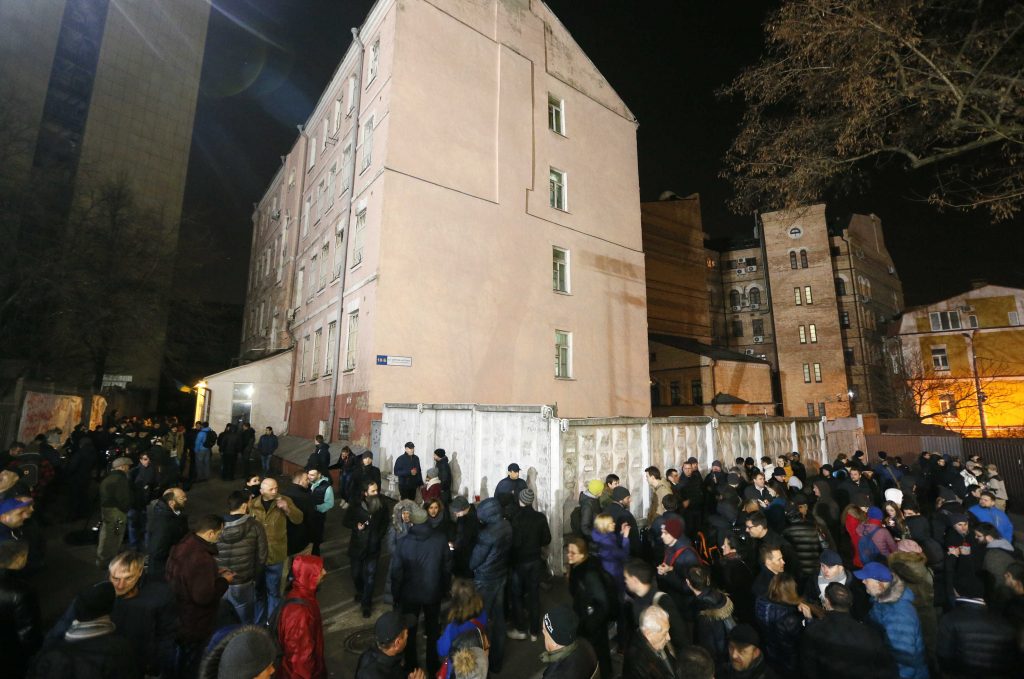 While the world is distracted by multiple crises, Ukraine’s ruling elites are trying to undo the modest progress the country has achieved since the Maidan Revolution.

Despite the mainstream narrative, when it comes to reforms in post-revolutionary Ukraine, the record has been anything but black and white. But if you need a consensus on the most outstanding achievements, most Ukraine watchers would probably agree on four: the establishment of market prices on gas, a globally hailed e-procurement system, the creation of the National Anti-Corruption Bureau of Ukraine, and the launch of an electronic declaration system that discloses the assets of public officials. The last two are now at the epicenter of the biggest attempt to rollback reforms since the Maidan Revolution.

Ukraine has fallen out of focus in the last year. Local rent-seeking elites haven’t wasted the opportunity and have started rolling back reforms that impede the profitable coexistence of big business and politicians. Ukrainian oligarchs, whose positions were damaged by the popular uprising of 2014, still managed to retain control over many key state institutions.

The real picture started to emerge last year with the government’s almost full purge of reformers. Around mid-2016 almost all key reforms in the country had come to a halt. But things quickly escalated this spring. In March 2017, the newly created National Anti-Corruption Bureau indicted Roman Nasirov, the head of the State Fiscal Service of Ukraine. Nasirov’s arrest is the biggest anticorruption case in history and a huge embarrassment for the General Prosecutor’s Office. Prosecutor General Yuri Lutsenko had been promising to launch big anticorruption cases but never did.

The retaliation was swift: the president’s parliamentary majority, in a bipartisan effort with key oligarchic groups and opposition politicians tied to former President Viktor Yanukovych, sped up the nomination of the auditor for the National Anti-Corruption Bureau (NABU). The auditor must determine whether the current management of the two-year-old institution was successful enough in fighting corruption. Anticorruption activists see this move as a disguised tactic to sack Artem Sytnyk, the 37-year-old head of NABU, and install someone less eager to prosecute graft. Auditor candidates from civil society were brushed off and a virtually unknown protégé from the ruling party was pushed forward through procedural violations. Only an uproar among key reformist MPs, foreign allies, and Ukrainian civil society stopped the candidacy. But another vote is soon to follow.

The next step was to curtail civil society, which plays a crucial watchdog role. It was cunningly combined with an attempt to water down the key reform of electronic declarations. Packaged in manipulatively formulated legislation, the same bipartisan group exempted junior officers, sergeants, and rank-and-file combatants who fought in eastern Ukrainian from the e-declaration requirements. One can easily see how bureaucratic maneuvering can add virtually any official to this group. This vote happened with procedural violations, too. The same amendment forces Ukrainian nongovernment organizations and their sub-contractors as well as journalists who write about corruption to declare their assets the same way officials do. Like Russia’s foreign agent laws, the move puts severe operational restrictions on Ukraine’s vibrant civil society. By adopting the amendments, “the authorities have openly declared war on civil society” for the first time since the Maidan Revolution, Mykhailo Zhernakov, an expert at the Reanimation Package of Reforms, wrote, and he’s right.

With Ukraine awash in a record amount of foreign aid and grants in recent years, there’s no doubt that enhanced transparency for NGOs is a must. At the same time, the new law exploits the drive for transparency in an effort to weaken the anticorruption movement. As someone who works extensively with NGOs in Ukraine, I find the environment in Kyiv one of the harshest in Eastern Europe. Already facing a human resources deficit, such a substantial increase in the operational obligations the new law requires will push plenty of civil society initiatives over the edge. Corrupt elites have marshaled enormous wealth in Ukraine in the last twenty-five years of their unchecked rule. For example, during pre-trial hearings, Nasirov had nine lawyers arguing on his behalf. NABU had just two detectives making their case. So, forcing the same transparency requirements on the anticorruption movement as the corrupt officials they are supposed to expose will make for a tragically unfair game.

Poroshenko signed the controversial amendment on March 27 amid growing calls from civil society and foreign allies to veto it. In a rare move, even the EU Commissioner for Neighborhood Policy criticized the law. Some of my anonymous high-profile sources in Brussels told me that it has the potential to endanger the implementation of Ukraine’s pending visa-free regime.

Buoyed by the passage of this amendment, Ukraine’s ruling elites will keep at it. A lack of international attention and ineffective diplomatic strategies on the part of Ukraine’s allies will embolden the counterrevolution forces. Things could quickly get out of control, with the rise of populism and the blockade in eastern Ukraine threatening the country’s recently restarted growth and the IMF’s $17.5 billion program.

It is time for Ukraine’s friends and donors to call the bluff of the country’s ruling elites by making clear that recent counterrevolutionary moves must be rolled back and Ukraine’s political leadership will face serious consequences in terms of political and economic support for any future ones. Trivial statements and tweets won’t work this time; old-school political pressure is needed. One of the main lessons of the Maidan Revolution for Ukrainian allies has been that local civil society is the best partner in delivering progressive change in Ukraine. Now is the time to reaffirm strong vocal support for it. And making sure that Ukraine’s ruling elites know the exact price for attacking reforms.

Maxim Eristavi is a nonresident research fellow with the Atlantic Council and co-founder of Hromadske International, an independent news outlet, based in Kyiv.

Image: People gather outside a court building to prevent the release of head of Ukraine's tax and customs service Roman Nasirov, who is under investigation over the suspected embezzlement, in Kyiv, Ukraine, March 5, 2017. REUTERS/Valentyn Ogirenko