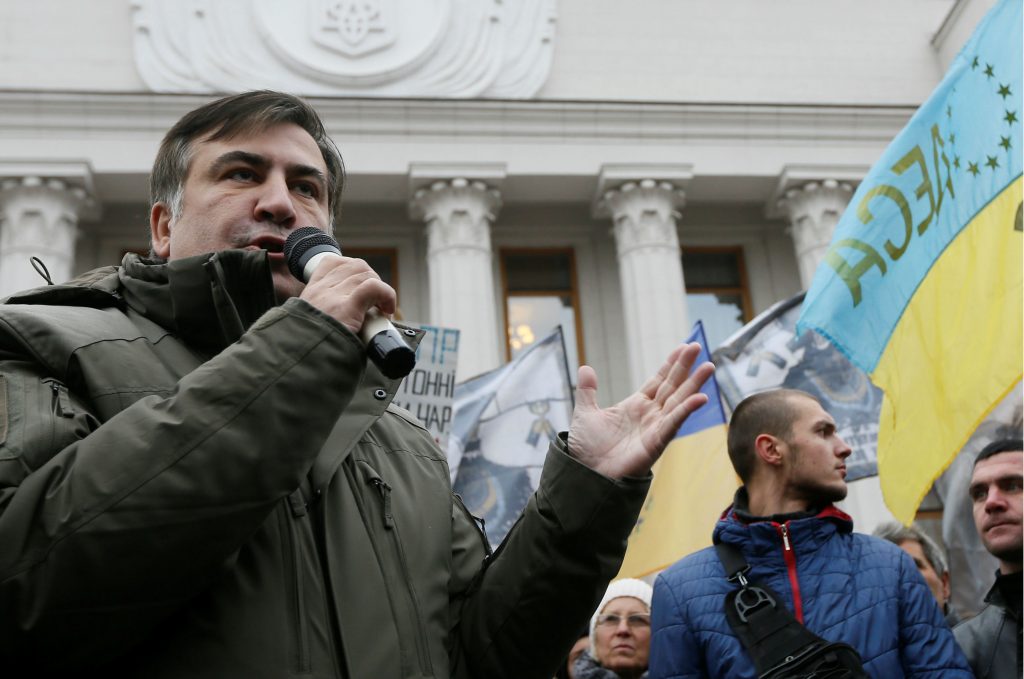 Ukraine has experienced some major reforms, particularly the ProZorro electronic procurement system, the restructuring of corrupt banks, and fundamental reforms in the gas sector. Nonetheless, the country still suffers from widespread corruption and a malfunctioning court system that has delayed major cases against allegedly corrupt officials.

In this environment, politicians on all sides have been rushing to claim that they are the true leaders in the fight for corruption. That isn’t a bad thing; their efforts illustrate a healthy political competition that is occurring within constitutional, parliamentary, and electoral bounds. It is likely to lead to progress in creating a new anti-corruption court and in improving the effectiveness of the procuracy, the police, and the recently established National Anti-Corruption Bureau and National Bureau of Investigation.

Ukraine is home to a combative, highly competitive political environment where political leaders are often prone to exaggeration and populism. By no means is the reform process easy and clear-cut. But it is broadly occurring within the context of legitimate democratic discourse, much of it critical of the government and the president.

Increasingly, however, politicians, who were once regarded as responsible voices, are drifting toward extremist rhetoric that is disproportional to the serious problems that exist in Ukraine’s political system. This language is unfortunately also anow starting to be accompanied by threats of violence from groups that are often armed and have often engaged in vigilantism.

On October 17, a coalition of organizations launched a protest outside parliament to push for more and faster reforms. After the protest of several thousand people deteriorated into physical attacks and intimidation of parliamentarians, most of the coalition’s members—which included mainstream opposition parties, nationalist groups, and anticorruption NGOs—withdrew their support for the protests. These days, the group numbers no more than fifty to 100 participants camped outside of parliament, swelling to roughly a thousand at larger protests on the weekends.

Abandoned by many of their former coalition partners, the remaining groups are now veering toward increasingly radical language that appears to set the stage for insurrection. This rhetoric is accompanied by calls for the use of force and violence against the state, a troubling sign that some politicians who began operating within the rule of law have now drifted far beyond it.

There are three politicians in particular who are leading the small group outside of parliament and whose rhetoric has become distinctly inflammatory. One is Mikheil Saakashvili, former Georgian president and governor of Odesa Oblast, who currently heads the Movement of New Forces; the other two are parliamentarians from the well-regarded centrist Samopomich party, Semen Semenchenko and Yehor Sobolev, who now head a small group they call the Movement to Liberate Ukraine from Oligarchs and Traitors.

Below is a sample of their recent rhetoric. All of the statements were made on November 26, 27, and 28 and were taken from videos posted on YouTube, Facebook, and organizational websites.

“Poroshenko is creating a Putin-style regime…”

“We have to destroy them or they’ll destroy us…”

“[An] organized criminal group that has seized the state…”

“Ninety percent of the Ukrainian general staff cannot be trusted, as they were trained in Russian military academies.”

“Poroshenko and these generals are creating a purely Soviet army.”

“Poroshenko and all the scum need to go and to be put in Ukrainian prisons.”

“We will use our registered guns and our right to self-defense. I as a parliamentary deputy take full responsibility for this.”

“Poroshenko and all his fellow travelers should be placed in jail. All their assets should be confiscated.”

“[Those in power are] criminal and non-Ukrainian.”

“We are in a country under occupation. Attacks can happen at any time and we will defend ourselves.”

“All this is being done in closed proceedings as in the times of Stalin. Even in Stalin’s times, it was not always so.”

“A part of the veterans from the struggle for independence told the lads that they will defend them with weapons in their hands…This is something I told the
heads of the National Police and the Security Service…This can ignite the process of the physical elimination of those responsible for the repressions.”

It is unfortunate to see such a rapid degradation in the political rhetoric of politicians who have gathered around Saakashvili’s banner. Whatever the failings of the Ukrainian political system, it is far from authoritarian, and these views are veering further away from responsible criticism in a system that has significant scope for peaceful protest and political contestation.

Responsible Ukrainian politicians, Western diplomats, and others who have been in regular contact with Saakashvili, Sobolev, and Semenchenko should urge them to lower the political temperature of their rhetoric. In a society with tens of thousands of fighters who have returned from the front, the elaboration of a narrative that those in power are illegitimate and are agents of a foreign power is a recipe for chaos and violence. A gradually reforming Ukraine under attack from Russia cannot afford the luxury of ignoring extreme political rhetoric.

Adrian Karatnycky is a senior fellow at the Atlantic Council and co-director of its Ukraine in Europe Program.