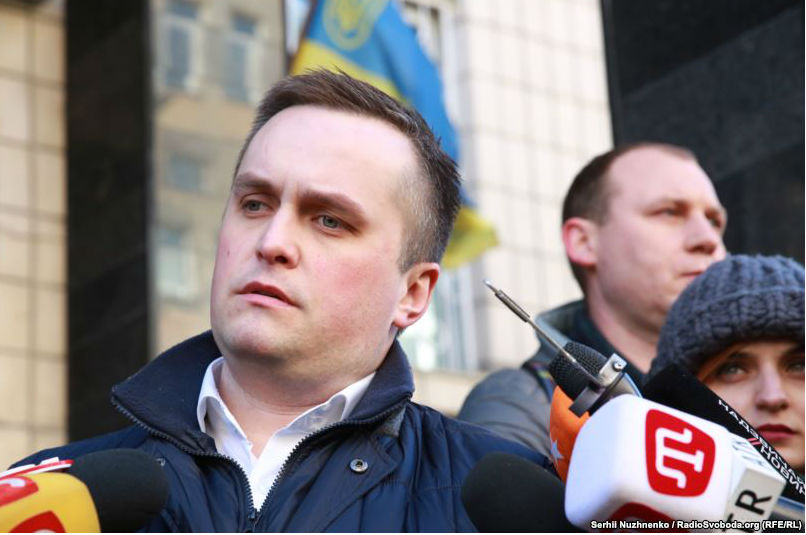 On September 11, Oleksandr Avakov turned thirty and received the best birthday present ever: the corruption charges hanging over his head were dropped permanently.

Oleksandr, who is the son of Ukraine’s Interior Minister Arsen Avakov—was suspected by NABU of cooking up a scheme to rip off the state to the tune of more than $520,000 by selling backpacks of poor quality to the Interior Ministry. The Specialized Anticorruption Prosecutor’s Office (SAPO) dropped the charges against Avakov’s son.

This example illustrates how Ukraine’s anticorruption fight has changed. Under pressure from the IMF and the international community as well as from pro-reform actors, the old guard finally eased its obvious obstruction of the creation of an independent anticorruption court. But now they are simply trying to ensure that the most important cases never make it to the courtroom, and sadly, in some cases they are succeeding.

The chief anticorruption prosecutor, Nazar Kholodnytsky, together with his deputy Volodymyr Kryvenko, seem to be their secret weapons.

Ukraine’s post-Maidan anticorruption infrastructure is a tripod, with three institutions—the National Anticorruption Bureau (NABU), SAPO, and the anticorruption court—playing equally crucial roles in the system’s performance. Kholodnytsky is the head of SAPO.

In March 2018, the public learned that Kholodnytsky had blocked rival NABU’s investigations. He was wiretapped in the course of a criminal case, triggered by the Prosecutor General’s office, and the results were shocking. On the recordings, hе ordered a subordinate to reject NABU’s appeal for a judicial warrant for their investigative activities. This happened in a case of attempting to bribe acting healthcare minister Dr. Ulana Suprun.

He also leaked information about the investigation to its subject, blocked an investigation against the former head of the National Agency on Corruption Prevention, and ordered his subordinates to distort crucial documents in a case against the mayor of Odesa, who is no angel. At least two NABU investigations were fruitless as a result.

The public and Ukraine’s international partners are furious.

Although SAPO prosecutors should be independent, Kholodnytsky still has a number of tools to influence them. As the head of SAPO, he controls all cases. SAPO prosecutors must get his agreement on all important procedural steps. Also, he defines the rate of bonuses for his prosecutors, which can go up to 300 percent of their salary.

But allegations regarding SAPO’s bias go beyond taped episodes.

SAPO closed a case regarding a false declaration by the director of a military academy. The official had decided not to declare an elite house he is residing in, under the pretext that on December 31, he was not there but on vacation, evading his responsibility to declare his assets.

Recently, a SAPO prosecutor closed a proceeding against a Narodnyi Front MP who failed to declare his financial obligations amounting to around $153 million.

Following the leak of the Kholodnytsky tapes, the prosecutor’s disciplinary commission considered his violations. However, on July 26, using a manipulative interpretation of the law, the commission merely stated that his behavior had been unethical. He was punished with a reprimand for speaking rudely, while the commission ignored his most serious misconduct.

However, Kholodnytsky isn’t off the hook yet. There’s an ongoing criminal case against him that could lead to his dismissal. Ukrayinska Pravda reported on July 26 that the Prosecutor General’s office prepared a notice of suspicion for Kholodnytsky. It was dated March 31, 2018, and it concerns leaking information, giving instructions to a witness before an interrogation, and influencing the court. Only Prosecutor General Yuriy Lutsenko can sign the notice of suspicion for Kholodnytsky, and he has been dragging his feet on this issue for more than six months.

Keeping Kholodnytsky in the post is the most obvious proof that the vicious circle of impunity in Ukraine has not yet been broken.

Establishing an independent SAPO was a condition of the EU visa liberalization program, the IMF tranche, and was a priority for the United States. However, not all of the independent safeguards for the selection procedure which were demanded by international partners were followed and some members of the panel that selected Kholodnytsky had serious ethical issues, so it’s really no surprise that they came up with someone so morally flexible.

Kholodnytsky needs to go. Some international partners have already spoken out. The US Embassy called for his resignation, while Brussels emphasized that SAPO should not fall under undue influence. The German Ambassador to Ukraine said that “if we had such an institution in Germany, and similar information in Germany, that person would one way or another not be in office.”

It’s high time to demand a swift, fair, and unbiased investigation of the criminal case against Kholodnytsky. The future of impartial prosecutions of high-profile corruption cases, in which international partners have invested so much of their money, time, and reputation, now lies in Lutsenko’s hands.

Olena Halushka is the international relations manager at the Anti-Corruption Action Center in Kyiv, Ukraine.