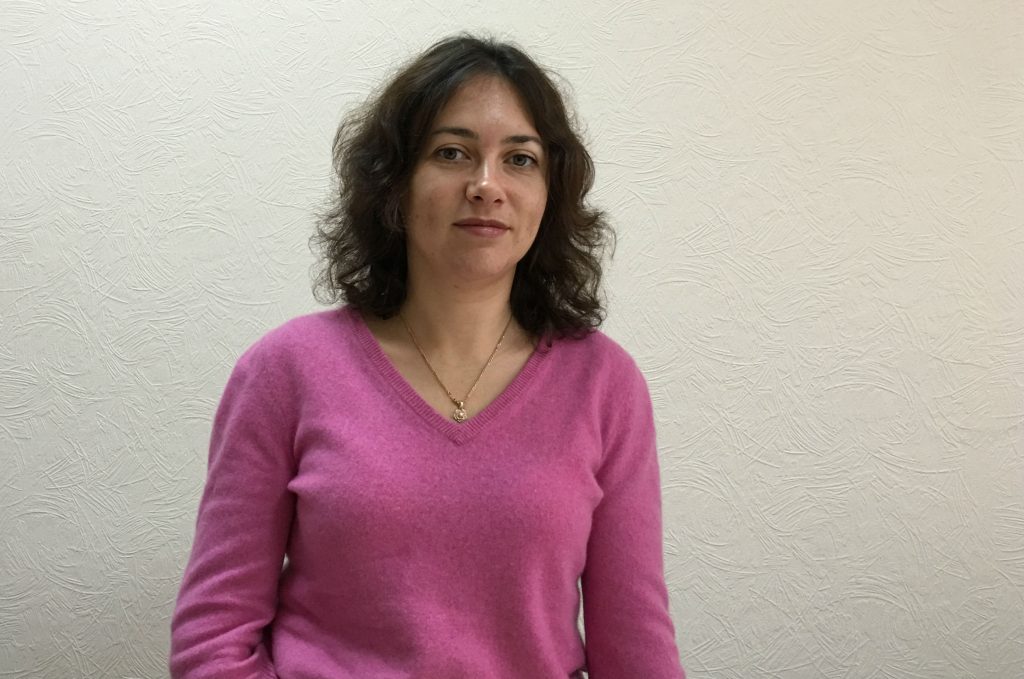 Lebanon, Turkey, and Jordan are not the world’s only major “refugee” hosting nations.

Ukraine too hosts enormous numbers of people who have had to leave their homes because of war. Millions fled their homes in 2014 after Russian operatives and tanks invaded Ukraine’s eastern regions and annexed Crimea.

But they are not labeled “refugees.” Instead, they are defined as “internally displaced persons,” or IDPs, and are living in hovels, on couches, in shelters, or sometimes five to a room throughout the country. Some of them have to rent flats, dorms, or hostels. According to Ukraine’s Ministry of Social Policy, 1.7 million Ukrainians are officially registered as IDPs. Approximately 50 percent of them have applied for financial help from the state, which amounts to about $34 per month for people who are able to work and $17 per month for disabled persons.

“Official statistics do not show the actual situation; the unified registry of IDPs was launched only a month ago,” said Tatiana Durnyeva, executive director of the Donetsk regional organization Committee of Voters of Ukraine. “Some people who are still residing in the conflict zone are forced to register as IDPs in the government-controlled area to receive their pensions, but those who live on the government-controlled area do not always register as IDPs for various reasons.”

The death and destruction caused by Russia’s occupation, in human terms, is horrific. Ukraine’s Ministry of Social Policy reported that 25,000 children live in towns and villages along the conflict line; they are still in insecure conditions. Because of Russian aggression, sixty-eight children have been killed and 158 have been wounded over the last two years. According to a February 2016 UNICEF report, twenty-eight children have died or were wounded by mines or other explosive devices. The conflict in the Donbas has affected the lives of more than half a million children in Ukraine. Each third child—200,000 children—needs at least some psychological assistance. “IDPs feel stigmatized and discriminated against. They are certainly frustrated by the loss of their homes, as well as the broken families and social bonds,” said Durnyeva.

The exodus from the east began immediately after the Revolution of Dignity drove Ukraine’s larcenous President Viktor Yanukovych back to Russia. Russians invaded, cities have been ransacked, and millions of dispossessed persons have been victimized. And Russia has not abated its aggression; the only reason it is not in Kyiv now is because of the Ukrainian military’s resistance.

“There has not been one day since the first ceasefire was agreed to over two years ago that there has not been shelling from the Russian-controlled side of the contact line. This is not a genuine offer to secure peace; it’s just a game,” wrote Hanna Hopko, a member of Ukraine’s parliament and chair of its foreign affairs committee.

This is a refugee catastrophe, but unlike those millions forced to flee Syria or Sudan, Ukraine’s dispossessed are invisible to the world. Imagine if two million Ukrainians had to live in camps in Poland. If this were the case, the world would finally see—and fully condemn—Russian President Vladimir Putin’s predation and flagrant breach of international law.

Durnyeva not only lost her home and possessions; her boyfriend, a career officer in the Ukrainian army, was killed by Russian soldiers a few months ago. “Beside his body were Russian food packages and other signs of Russian soldiers,” she said. “I do not have any doubt with regard to Russia’s invasion into Ukraine.”

Most of her family has relocated. Some of her relatives, who cannot travel, remain in the east near Russian-controlled areas. A friend who returned to the non-government-controlled area to get clothes was captured.

“On May 31, 2014, we left with one big suitcase and one small suitcase and no warm clothes. We thought it would be over by the summer before school started, but we soon understood nobody could go back. It’s unsafe for me to even think about going back right now.”

She and her two boys had to move to Kyiv. She works as an activist and registered as an IDP for her children to enter school.

“There are dorms where people are living many to a room. It’s quite common for families of four or five people to live in a one-room flat,” she said. “To rent a flat is often a problem; landlords do not want to rent apartments to IDPs.”

Her organization helps local communities near the conflict zone by advising people on available resources and their rights.

“In 2014, after the revolution, Russians came into the territory and started coming to political meetings, agitating, and passing around money to people to show up as protesters and agitate,” she said.

Now the war has become profitable and the Donbas has become a staging ground for crime and smuggling. “I think the war is an industry for oligarchs who do not want it to stop,” she speculated. “It’s business.”

And Russia has yet to be brought before the United Nations for waging this terrible war against Ukraine.

Despite the ongoing damage, Durnyeva hopes someday the war will end and she can return to her home. “I probably will go back one day, but not to the same Donetsk.”

Diane Francis is a Senior Fellow at the Atlantic Council’s Dinu Patriciu Eurasia Center, Editor at Large with the National Post in Canada, a Distinguished Professor at Ryerson University’s Ted Rogers School of Management, and author of ten books. She is a contributor to UkraineAlert and tweets @dianefrancis1.