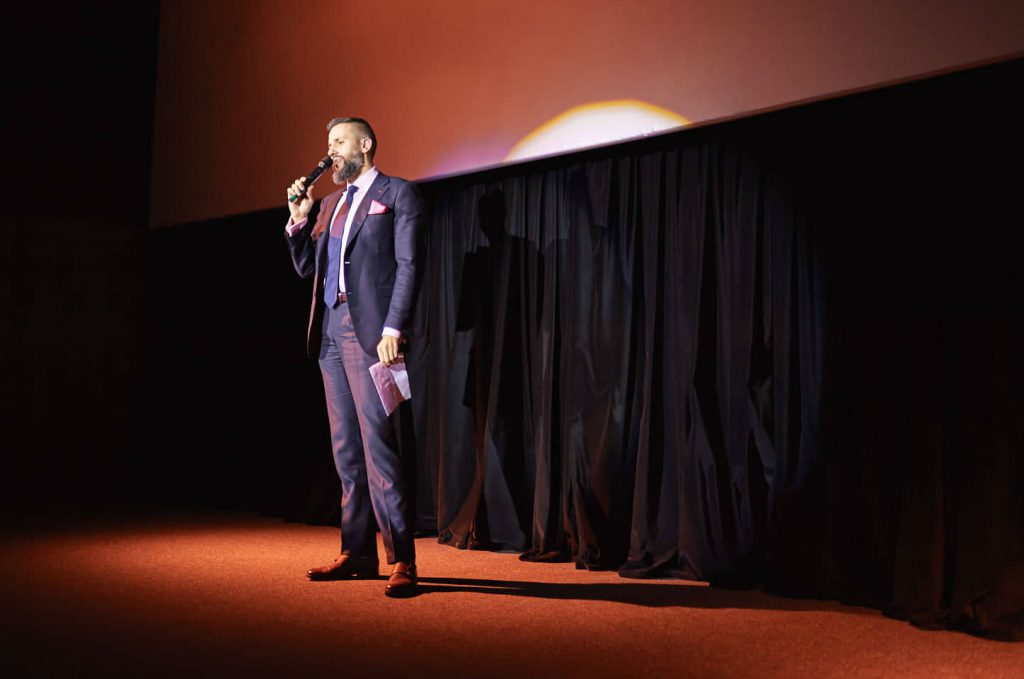 On December 7, about two hundred fifty Ukrainians gathered in Kyiv for the launch of a new social movement that looks set to become Ukraine’s first liberal political party.

People Matter is basing its platform on minimizing the role of government in the economy and reorienting the entire state around the concept of service; in American terms, it would be considered center right or libertarian. The movement is led by five prominent reformers with experience in and out of government: Kyiv entrepreneur and city councilman Sergiy Gusovsky; ProZorro founder and first deputy minister at the Economic Development and Trade Ministry Max Nefyodov; think tank executive Victor Andrusiv; open government expert Oleksiy Honcharuk; and NGO leader Oksana Nechyporenko. Its working slogan, “People Matter,” encompasses the vision for the movement, says Gusovsky, who thinks reforming the state comes down to having the right people in the right place at the right time.

At the end of the three-hour discussion, attendees were asked to give their time and money. The movement will be funded by small and medium-sized donations from ordinary people and businesses, Gusovsky said.

Of course, it all sounds splendid, but Ukraine already has more than 120 active political parties, and for the last months, reformers have done little besides trying to organize a unified political movement to contest the 2019 presidential election.

So far, the results aren’t impressive. There have been lots of feverish meetings, marathon conversations about potential partnership, and endless jockeying, but few tangible results.

But with the elections deadline nearing, parties and players are beginning to coalesce. Ukraine’s presidential election is less than four months away, and parliamentary races must be held by the end of 2019.

Among the old Maidan opposition parties, both Samopomich and Civic Position will participate in the presidential race, but neither is likely to make the second round without joining with other forces. There’s little hope for unity between the two since the leaders cannot stand each other. In October, Samopomich merged with DemAlliance, a liberal-minded party that was once promising, but the merger produced little more than a shrug of the shoulders from most analysts. DemAlliance doesn’t have much to offer Samopomich, whose polling numbers have dramatically declined since the party performed unexpectedly well in the 2014 parliamentary elections. Civic Position started out strong, but its leader Anatoliy Hrytsenko, while brilliant, isn’t presidential material.

In the new Maidan opposition forces, there are at least four groups hard at work, but none are expected to contest the presidential election.

Western readers will be most familiar with the first group, which is made up of the charismatic broadcast journalist Mustafa Nayyem, hard-hitting investigative journalist Sergiy Leshchenko, and NGO leader Svitlana Zalishchuk. All three are members of parliament with the Poroshenko Bloc and critics of the incumbent president. This group of MPs has been working behind the scenes to unify all of the reform parties and people in and out of government, but has so far failed. It faces two problems. First, the three MPs may want too much. They want to be in the next parliament, and in their dealings with political parties, they may have gotten too big for their britches.

The second issue is Leshchenko. A once crusading journalist, Leshchenko was caught up in a scandal that he’s never recovered from. Nayyem and Zalishchuk remain in high esteem in Kyiv and the West, but Leshchenko holds them back from easily being scooped up by an established political party. Unless they are willing to negotiate without Leshchenko, there’s no guarantee that this group will be in the next government.

Ukraine’s four new political forces that are vying for the reform vote.

A second group worth watching is made up of Hanna Hopko, chairwoman of the Rada Foreign Affairs Committee; Ivanna Klympush-Tsintsadze, vice prime minister for European and Euro-Atlantic Integration of Ukraine; Sergiy Kvit, former education minister; and some new deputies from the People’s Front political party including Andriy Levus and Serhiy Vysotsky. Since its leaders have held positions of power and know how to negotiate and lead teams, there’s every reason to watch them.

The third, People Matter, bears notice if it can build regional legs, raise money, and attract other big liberals and businessmen.

The fourth, European 100, is a political party made up of young leaders between twenty and thirty years old without any political experience. The brainchild behind it is Gennadiy Kurochka, a brilliant PR man with close ties to the presidential administration. On November 30, the fifth anniversary of the Yanukovych administration’s use of violence against students who were peacefully protesting the president’s refusal to sign an EU trade agreement, European 100 rolled out its project on the Maidan with heartfelt speeches in frigid temperatures. While the group expresses support for NATO and the European Union, displays great energy, and hearkens back to the values and vision of the Maidan, it’s not a serious force.

Even if these various groups can get organized quickly, build teams and regional offices, get on national television, and start to bring in real money, there’s still no unified candidate for the presidential race—unless Slava Vakarchuk gets in at the very latest minute.

Vakarchuk, the country’s beloved rock star, remains the last hope for a consolidated Maidan opposition candidate, and only God knows whether he’ll decide to run. Without Vakarchuk, the second round of the presidential election will likely be a choice between Petro Poroshenko and Yulia Tymoshenko, and for the millions who stood on the Maidan, the thousands who lost loved ones in the Donbas, and the millions who have been displaced, that would be beyond disappointing.