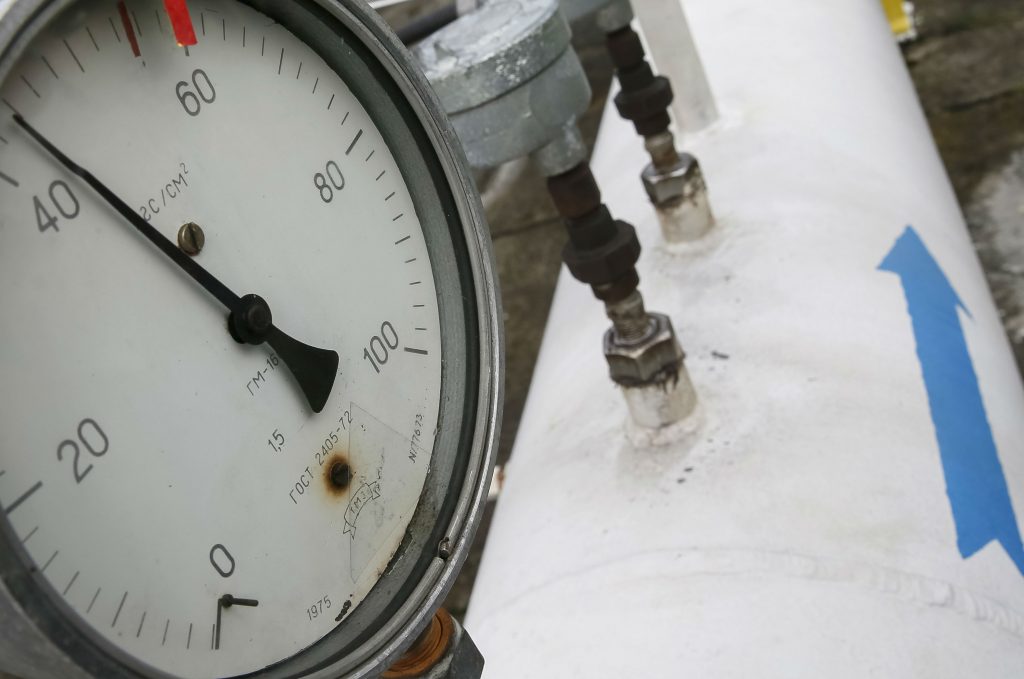 A pressure gauge and gas pipe are seen at a gas-measuring station near Uzhhorod, Ukraine, May 27, 2015. REUTERS/Gleb Garanich

Energy independence is a question of national security for Ukraine, and one that we worked on assiduously in 2017. Most observers know that Naftogaz emerged victorious in an $80 billion arbitration case in Stockholm, but that’s only part of the story. Here are the big five milestones that really mattered for the energy sector last year.

1. A Victory in Stockholm

Last month, Stockholm’s arbitration court ruled in favor of Naftogaz on all contentious issues concerning its gas supply contract with Gazprom. Most important, the so-called principle of “take or pay” will no longer weigh on the shoulders of Ukrainians. Neither will the absurd prices that could never have been justified in a competitive market. This decision is a great relief for the company and all consumers in Ukraine. It also depoliticized gas prices. In February, the arbitration tribunal is expected to decide on Naftogaz’s claims for multibillion compensation from Gazprom, as well as on the applicability of European and Ukrainian energy law to the transit contract.

In 2017, domestic natural gas extraction increased to 20.8 billion cubic meters, up 3.1 percent. State-owned Ukrgazvydobuvannya (UGV), which is also the country’s largest gas producer, increased production to a twenty-five year record high of 15.3 billion cubic meters, up 4.8 percent in one year. Until recently, UGV has been almost at the margins of profitability; today, it is one of the largest taxpayers. The growth in UGV’s production and the uptick among private companies in the market is a strong positive signal to potential foreign investors.

Additionally, the confirmation of the country’s ample gas reserves, the third largest in Europe, is reassuring. If we continue on this trajectory, it is possible to achieve full energy independence; in the long run, Ukraine can become a net energy exporter.

3. Transformation of the Electricity Market

Our electricity market needs change. It has high barriers to entry, excessive vertical integration, and limited alternatives to imported electricity. What we need is a genuine demonopolization of the sector, coupled with a modern and sophisticated regulatory framework, as a first step on the path to a fully liberalized market.

But change is coming. Parliament finally passed legislation to create a truly competitive environment that will help modernize the system.

The law is due to enter into force on July 1, 2019, and was conceived in accordance with the EU’s Third Energy Package. As Ukraine continues to harmonize its regulations and practices with the EU, this initiative creates a robust framework to introduce modern practices that have long been accepted in Europe, such as intraday trading, a bilateral agreements market, and an аncillary services market.

The law also defines new rules for the export and import of electricity, which should help stimulate domestic producers who will have to compete with international electricity suppliers. The law also provides transparent rules for connecting to networks and building new generating capacities, and creates incentive mechanisms for generation and network investments. Importantly, the law creates normative prerequisites to synchronize Ukraine’s energy system with that of continental Europe, which will enable the country to realize its export potential and obtain guarantees from EU system operators that ensure the safety of the system.

This is just the first step. It is now crucial to work out an array of detailed secondary regulations that will allow the introduction of a new model beginning on July 1, 2019. This is a chance for Ukraine to change its approach, but it all depends on the law’s implementation—which will occur at the height of campaign season.

4. The United States Will Continue to Sanction Russia While Stepping up Support for Ukraine

As the US Congress was passing the Counter-America’s Adversaries through Sanctions Act in 2017, the headlines failed to cover the depth and breadth of this legislation’s consequences for Ukraine’s energy sector. Apart from provisions to extend sanctions against Russia, it requires the US administration to develop an action plan to improve Ukraine’s energy security (section 257), including measures to increase the volume of energy, reduce Ukraine’s dependence on Russian energy imports, and liberalize energy markets.

Ukraine should remain the key transit country for gas from Russia to Europe, since it is the most economically logical route for energy transit to Europe. This year, Ukrtransgaz (the division of Naftogaz responsible for gas transit) delivered to the EU 93.5 billion cubic meters of natural gas without delays or interruptions. This constitutes the highest transit volume in the last eight years. We are a more than reliable partner.

I’m especially proud of the changes we’ve made to the tax code and the way it applies to the extractive sector. We’ve finally found a way to incentivize domestic gas production. While the legislation is complex, the premise is simple: we must curb energy consumption and increase energy production to achieve greater self-sufficiency.

The new legislation introduces a stimulation royalties rate for the extraction of natural gas from new wells, and creates a five-year stabilization clause for the new royalties, during which time the industry’s taxation conditions should not be changed. A separate rental fee for the extraction of minerals under the terms of the production-sharing agreement (PSA) has also been established; this will allow the PSA to be used for attracting large-scale foreign investment in gas extraction.

All things considered, Ukraine made significant progress toward energy independence in 2017.

It is still too soon to celebrate our success, as any legislative victory is only as good as its implementation. The National Energy Regulator, for instance, has been reformed on paper, but in reality continues to struggle. An increase in gas production will depend on the consistency and continuity of our fiscal policies. State-owned Naftogaz and its subsidiaries UGV and UTG remain vulnerable to political pressure, and susceptible to potential corruption and geopolitical challenges. International cooperation in energy requires an accompanying commitment from the government and president. And the decision on transit is still pending with the arbitration court. Our hope is to finally clear all of the barriers to unbundling Naftogaz in 2018.

As the United States celebrates Black History Month in February, the timeless guidance from Martin Luther King Jr. comes to mind: “If you can’t fly then run, if you can’t run then walk, if you can’t walk then crawl, but whatever you do, you have to keep moving forward.” And move forward we shall.

Olga Bielkova is a member of Ukraine’s parliament and sits on its energy committee. She tweets @OlgaBielkova.