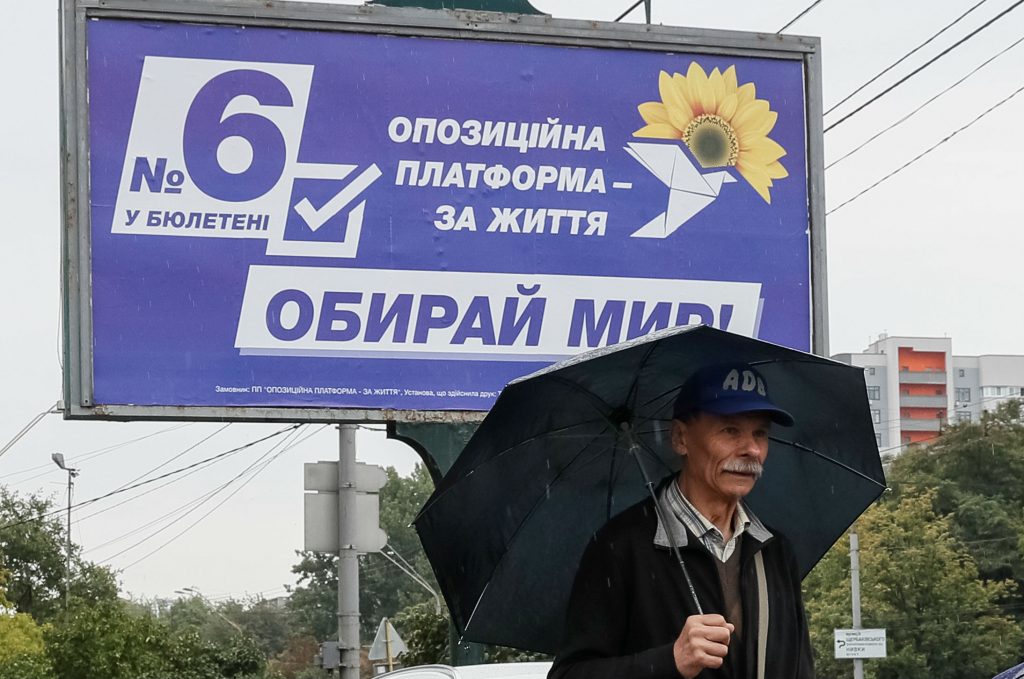 On July 21, Ukrainians go back to the ballot box to choose a new parliament. In April, voters made comedian and political novice Volodymyr Zelenskyy president. The outcome of Sunday’s parliamentary elections will determine Ukraine’s geopolitical course and policy choices over the next five years. As a long-time Ukraine hand, I offer seven predictions:

Second, the pro-Russian Opposition Platform-For Life party will finish in second with close to 15 percent. That percentage is almost identical to the ethnic Russian population in Ukraine. With potentially two dozen victories in single-mandate districts as well, Opposition Platform-For Life will have more than 60 MPs in the next parliament, making it the second largest faction. It’s certainly not enough to form a majority, but it is enough to ensure the likely return of Viktor Medvedchuk as the deputy speaker of parliament, a post he held briefly in 2000-2001.

Third, Petro Poroshenko’s European Solidarity party has stopped hemorrhaging voters and will receive 8-10 percent. A couple dozen MPs from districts (both as independents and under the party label) will be elected to give the party around 50 MPs. It’s a far cry from the once 140-member faction they once had, but it does keep them alive politically.

Fourth, Yulia Tymoshenko’s Fatherland party will return to parliament and win 7-9 percent. Combined with a few victories in single-mandate districts, she will command a faction of close to 30 MPs. Given that Tymoshenko started the presidential election campaign a year ago as the frontrunner, it’s a humbling fall to be looking at junior coalition partner status at best and insignificant opposition party leader at worst.

Fifth, Svyatoslav Vakarchuk’s Holos party will enter parliament and may benefit from a late breaking surge. The initial enthusiasm that fueled the party from one percent to almost ten in some polls seems to have settled at just under seven percent. However, Holos single-mandate candidates seem to be performing well in western Ukraine. Holos may be the recipient of a last-minute bump from undecided, western leaning voters, just as Samopomich experienced in 2014 and Svoboda in 2012.  In both cases, the polls before the election significantly underestimated their results on election day. A last-minute bump would give Holos close to 40 MPs in the next parliament.

Sixth, Opposition Bloc is polling at 2.5 percent, which is only half of the support needed to enter parliament. However, the big city mayors that lead the ticket have experience turning out the vote on short notice.  In addition, being listed as the first party on the ballot can add some votes that would otherwise go to Opposition Platform, which is listed sixth.

Seven, at the start of the campaign, Civic Position (Anatoliy Hrytsenko), Radical Party (Oleh Liashko), and Strength and Honor (Ihor Smeshko) all seemed to be within striking distance of winning seats in parliament. At this point, all three are out of steam, and their support has either flatlined or petered out. In addition, Svoboda’s campaign has never taken off and Samopomich’s days in parliament are coming to an end. That is not to say a member of two of Svoboda or Samopomich won’t win in a district, but there will be no factions of these parties in the next parliament.

Finally, the late surge in this campaign is from Prime Minister Volodymyr Groisman’s Ukrainian Strategy party, which is pushing four percent and has doubled in support over the last few weeks. As Ukraine enters a new political epoch that features comedians, singers, former presidents, and controversial pro-Russian politicians, the second longest serving prime minister in Ukraine’s history may find a niche with the electorate.  If Ukrainian Strategy passes the threshold, it won’t be by much and it will have a mere dozen or more MPs in its faction. However, doing so keeps the 41-year-old Groisman viable for the future.

All in all, I expect to see five or six parties in Ukraine’s next parliament, and the configuration of the next governing coalition is yet to be determined.

Brian Mefford is a nonresident senior fellow at the Atlantic Council and director of Wooden Horse Strategies LLC, a governmental relations and strategic communications firm based in Kyiv, Ukraine.