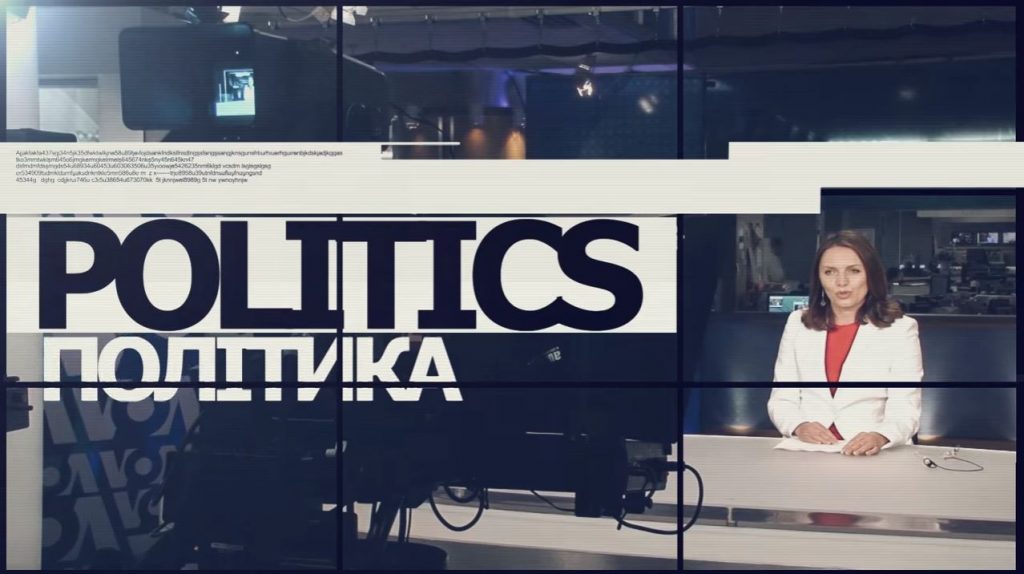 Last year, after years of debate and lobbying on the issue, public broadcasting was established in Ukraine. In a country suffering from a serious crisis of trust in the media, it looked like a chance to regain people’s faith.

The dramatic decline in citizens’ trust in media started in 2014, when central Ukrainian TV channels first misinformed viewers about Euromaidan events, and later distorted facts about the reality on the frontline when war broke out. All of the consequences of “oligarchization” of the media landscape came to light: again and again, the media was manipulated by top oligarchs to promote their political and business interests. Citizens had no illusions regarding freedom of the media. In July 2015, 66 percent of Ukrainians were sure that media content was imposed by the media’s owners, or by the government.

The government, in turn, controlled one of the national TV channels and the network of twenty-eight regional TV stations. They were funded by the national budget and often used as propaganda tools by national and local authorities. Poor and out-of-date, these stations played some role in informing and entertaining people, but had low ratings. It was obvious that such a huge state-owned media machine was out of step, and there were many legal initiatives challenging the situation. But the government was not interested in losing this media resource.

Thankfully, things changed after the Revolution of Dignity in 2014. The young, progressive-minded journalist Zurab Alasania was appointed to lead the state broadcasting company and turn it into a public broadcaster. Involving local media NGOs, think tanks, and international donors at all stages, he made the process inclusive and was assured the support of national media. In March 2015, the parliament adopted a law allowing state-owned media to enter the public broadcasting system. In April, the national old-style, state-controlled TV channel was rebranded and presented itself as a public broadcaster. In December 2015, the Supervisory Board was founded. Half of its members represent civil society: Ukrainian NGOs elected genuinely independent delegates to the body.

The national public broadcaster’s inclusion and transparency lead experts to conclude that the old state TV system finally has a new life and a human face. New formats have been introduced; taking advantage of updated technical infrastructure, they are more attractive to the audience. The channel is regularly monitored by Detector Media, a Ukrainian think tank that I represent; our reports show that, since October 2015, the channel’s news is free from manipulation, biases, and other violations of journalistic standards. The public TV channel has become a platform for experts and independent voices traditionally ignored by oligarch-owned channels. When the Panama Papers were published, the channel ran Slidstvo.info’s investigation into President Petro Poroshenko’s affairs—something that would have been unthinkable on the old state-owned channel.

Still, the reform’s implementers have had little time to exhale. Reforming the national channel is only the first step; it’s now time to reform the local state TV broadcasters as well, and this seems to be anything but simple. Local teams understand that their future following the transformations is unclear, and that many of them will lose their jobs or be replaced by younger, more progressive people. Therefore, there is strong resistance to reforms at the local level.

Furthermore, fragments of the old state media machine still exist and are to be reformed and included in the public broadcasting system as well; among them are Ukrainian National Radio, Kultura TV channel, and UkrTeleFilm. All of these institutions are reluctant to be reformed and are lobbying to undermine the effort. But Alasania, supported by civil society and still given a green light by the government, is determined to succeed.

Nonetheless, the consequences of establishing public broadcasting are still debated. Some experts are saying that the government will never win the information war with Russia if it gets rid of its media resources. On the other hand, skeptics are sure that, being funded by the government, the public channel will remain under its influence. Based on the experience of Moldova and Poland, they say that the independence of the Supervisory Board is temporary, and the channel will eventually be state-controlled again. Besides, ensuring the independence of all local broadcasters will be impossible, and eventually local elites will take control.

Evidently, these fears have some standing. Alasania, his team, and supporters have few guarantees of success, so more efforts are needed to ensure the changes’ sustainability and the independence of reformed broadcasters. The state still suffers from political instability. That being the case, nothing can be planned for the long term.

But the price of failure is high. To remedy the deficit of trust in the media, the balanced, non-biased, modern, and audience-friendly public broadcaster can not only restore citizens’ trust in media; as a platform for real political debates and independent voices, it can contribute to a completely new foundation of political participation and democratic dialogue on both national and local levels.

It’s too early to jump to conclusions; reforms are ongoing, and audiences require more time to notice the difference in quality and gain trust. As for the reformers, their challenge is to keep this window of opportunity open as long as possible and to do everything they can to ensure the changes’ sustainability.