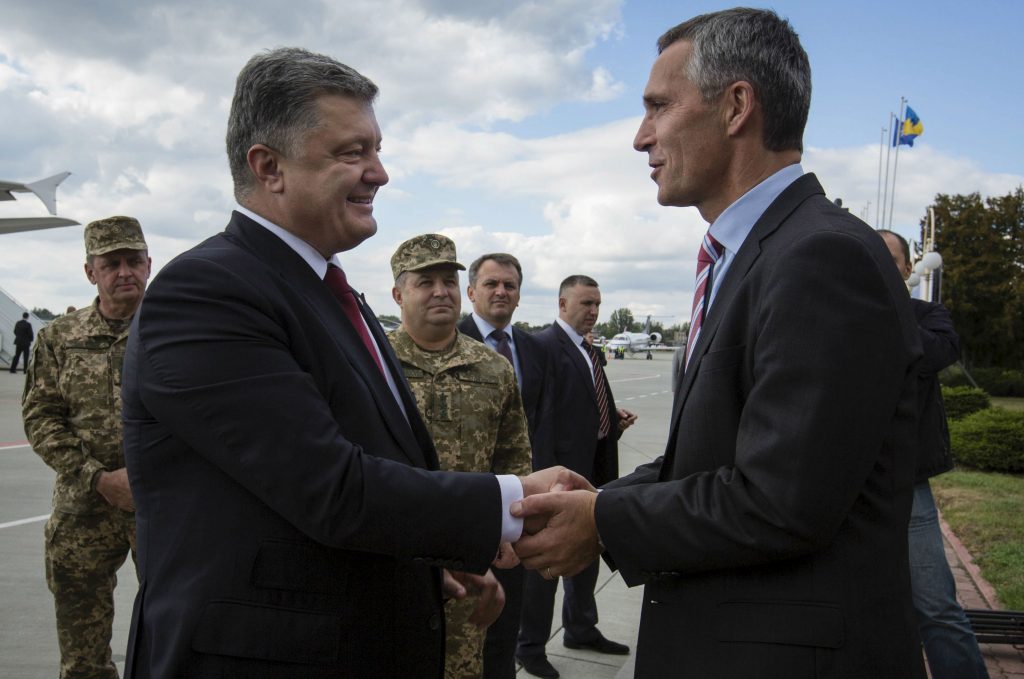 Moscow’s aggression against Kyiv has led to a marked growth in Ukrainians’ support for their country’s accession to NATO. During the last two years, Ukrainian public opinion has made a U-turn, from skepticism of the Atlantic alliance to an enthusiastic embrace. Until 2013, almost two-thirds of Ukrainians strongly opposed NATO membership. In a July 2015 poll, 64 percent of respondents supported joining the alliance, with 28.5 percent speaking out against it. Kyiv is actively introducing NATO standards into its army, and is pressuring the West to finally open NATO’s doors to Ukraine.

Yet the Ukrainian government and civil society’s loudly pronounced NATO accession plans are built on a grave analytical confusion. No NATO member country would wish ill to Ukrainians, and all of the alliance’s governments would welcome increasing security in Eastern Europe. Yet only a few would be prepared to commit themselves to participating in the military defense of post-Soviet republics, like Ukraine, that are currently outside NATO and therefore would not support their accession to the alliance.

Arguably, the quick accession of certain Eastern European countries to NATO in 1999 and 2004 was based on a temporary Western European misunderstanding of the nature and strength of Russian nationalism—a mix-up that has been cleared up following Russia’s recent aggressions in Ukraine.

Until recently, the public in many European countries stubbornly ignored or consciously downplayed both historic Russian imperialism and more recent political developments after the breakup of the Soviet Union. They did so even though, already in the 1990s, the writing on the wall seemed obvious. Among early indications of the continuing threat emanating from Moscow was the Kremlin’s ardent support of Slobodan Milosevic’s imperial schemes in the former Yugoslavia, as well as Russia’s consistent unwillingness to withdraw its illegally-stationed troops from Moldova.

Other ominous signs in the 1990s included the shocking surges of such outspoken fascists as Vladimir Zhirinovsky in Russian parliamentary politics and Aleksandr Dugin in post-Soviet intellectual life. These and a number of similar phenomena already occurred before Putin’s rise. Yet they were not, or were insufficiently, identified as problems within the EU’s relevant epistemic communities—i.e., foreign policy think tanks, highbrow mass media, specialized governmental departments, relevant international organizations, and European political science associations.

The dearth of published research and specialized journalism on Russian post-Soviet neo-imperialism and ultra-nationalism led to a lack of alarm among Europe’s opinion and decision makers. Until today, the entire international community of full-time researchers on Russia’s post-Soviet radical right—arguably one of the greatest threats to humanity today—consists of about a dozen long-term experts. Most of them live on temporary contracts and are busy sustaining their daily lives, unable to fully focus on advancing their findings on post-Soviet extremism and its growing impact on Russian domestic and foreign affairs.

After decades of practical experience with Tsarist and Soviet imperialism, the older nations of Eastern Europe—not least, the Baltic states—had a deeper understanding of the cycles and impulses of Russian politics, and were thus eager to act swiftly. During the mid-1990s, they spotted a small window of opportunity and pressed hard for NATO membership before the window closed again. Consciously or not, they took advantage of the misunderstanding of Russian affairs among Western media and political elites. As Russia was widely perceived as a modernizing, saturated, and self-sufficient nation-state, it seemed of little relevance whether this or that Eastern European country would be included in NATO. They thus did not understand the far-reaching obligations their countries took upon themselves when membership was extended to Riga, Tallinn, and Vilnius.

Only recently has the West come to perceive Russia as what it has been since 1991: a post-imperial state whose chances of democratization and moderation without massive Western help and resolute European integration are dim. It is not too bold a speculation to suspect that Estonia, Latvia, and Lithuania would have no chance to enter NATO today, if they had not done so in 2004. And if Estonia were not a NATO member now, then, all other things being equal, its eastern city of Narwa would probably be occupied by Russia today.

It’s no surprise that Ukraine, Georgia, and other post-Soviet countries are deeply worried about their security. Against the background of their territorial dispute and military confrontation with one of the largest military powers on earth, Ukrainians are naturally looking to NATO to provide them with help. Yet these hopes are destined to remain unfulfilled, as the West itself has become afraid of Russia. After Russia’s military interventions in Crimea, eastern Ukraine, and Syria, many people in Western Europe would be strictly against committing to a possible war with a country that has the capacity to eradicate the whole of humanity. Ukraine and Georgia will only have a chance to enter NATO once their confrontations with Russia are fully over, that is, when they won’t need NATO’s protection any more.

Andreas Umland is Senior Research Fellow at the Institute for Euro-Atlantic Cooperation in Kyiv and general editor of the Germany-based book series Soviet and Post-Soviet Politics and Society distributed outside Europe by Columbia University Press.