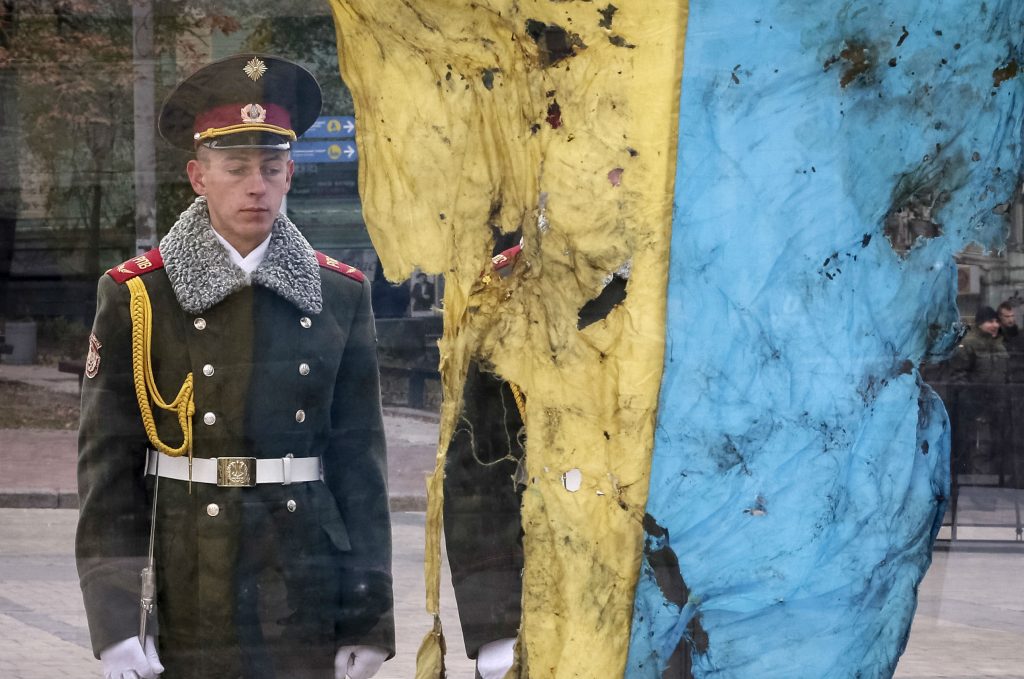 On February 27, Ukraine’s parliament voted to establish a new Ministry for Veterans, pending the approval of the Cabinet of Ministers. The parliament has been active on veterans’ issues, adopting more than thirty laws in the last three years to provide social services and protections. But more than twenty ministries and government departments handle veterans’ issues; there is no centralized authority and problems are passed from department to department. On the face of it, creating a single ministry from the already existing State Service on War Veterans and centralizing all the veterans programs will improve policies and programs for veterans. However, Ukrainian veterans warn that control of a new ministry could be the target of elite capture.

On May 18, the All-Ukrainian Union of Veterans organized a large public meeting to brief veterans on the plans for the new ministry. Parliamentarian Oleksandr Tretyakov, chair of the Rada’s Committee on Veterans, Combatants, and Participants in the Anti-Terrorist Operation, outlined the new ministry’s structure. Veterans felt that the point of the meeting was to get them to endorse Valentyn Lykholit as its head. Lykholit is a founder and ex-commander of the Aidar Battalion, and an organizer of the 2016 blockade of the occupied territories. In July 2016, Lykholit was detained based on accusations of kidnapping and robbery by the mayor of Severodonetsk while he commanded the Aidar battalion. After demonstrations by former combatants and a statement of support by Prosecutor General Yuriy Lutsenko, he was released.

The move to nominate Lykholit is the culmination of political machinations surrounding the State Service on War Veterans, which is the proposed core for the new ministry. In January 2018, Valentyn Manko, a former combatant and convicted criminal, was announced as the new head of the State Service on War Veterans. Veterans have protested the appointment, and Minister of Internal Affairs Arsen Avakov has announced that the position will be reopened.

Manko is controversial. In December 2015, he was implicated in a scheme to provide false testimony against Hennadiy Korban, then head of the UKROP political party and a close ally of the oligarch Ihor Kolomoisky. In exchange, criminal charges against Manko for robbery would be dropped. Veterans told me that Manko was given the position at the State Service on War Veterans in exchange for his collusion.

Also at the May 18 meeting, volunteer groups discussed their rapid transition from Maidan activists to volunteer groups that supplied and supported the Ukraine military in the Donbas. Today, as the government and military improve their logistics support for the war, these same groups are assisting in rehabilitation for the war’s veterans. State services are overwhelmed or non-existent. Volunteer groups are raising funds and arranging care for veterans with hepatitis—a disease that is spreading rapidly among soldiers on the front. They are also finding veterans housing and employment, and organizing social events during their stay in rehabilitation hospitals. These groups worry about the rise of “fake” non-governmental organizations, sponsored by oligarchs, that also provide veterans’ services and can profit from public donations and state funding, and use them to garner political support

While there is a lot of uncertainty about whether Prime Minister Volodymyr Groisman will actually form a Ministry of Veterans Affairs, the struggle by politicians and oligarchs to capture spending on social protections for veterans and to control this political bloc in the run up to the 2019 presidential and parliamentary elections is a big issue.

Many issues affecting veterans still need resolution. In many regards, government services can’t keep up and volunteers play a significant role in filling the gap, although volunteer groups acknowledge that they need additional training and support themselves. Treating health issues—tuberculosis, hepatitis, and suicides—is paramount. There is no unified code of military justice, nor separate military justice system. Military and veterans are tried in civilian courts and under civilian law for acts they are accused of committing while in military service. Like any volunteer who fought on the front in the early days of the war, women veterans, who served voluntarily or illegally in combat roles, do not have access to state benefits.

These issues are too serious to ignore, and too serious to allow government services to be the focus of predation and corruption. International donors need to raise concerns over elite capture of these much-needed services. Ukraine wants to be NATO compliant by 2020; NATO needs to articulate the need for anti-corruption measures and protections throughout military service, including the veteran’s administration.

Lauren Van Metre is a nonresident senior fellow at the Atlantic Council. She has supported peace processes in the Balkans and Eastern Europe while at the State Department, Department of Defense, and the US Institute of Peace. She tweets @resilienceworks.

Image: A Ukrainian soldier looks at a Ukrainian flag brought from an eastern region of the country during the opening ceremony of an exhibition showcasing new Ukrainian military equipment in Kyiv, Ukraine, October 14, 2015. REUTERS/Gleb Garanich