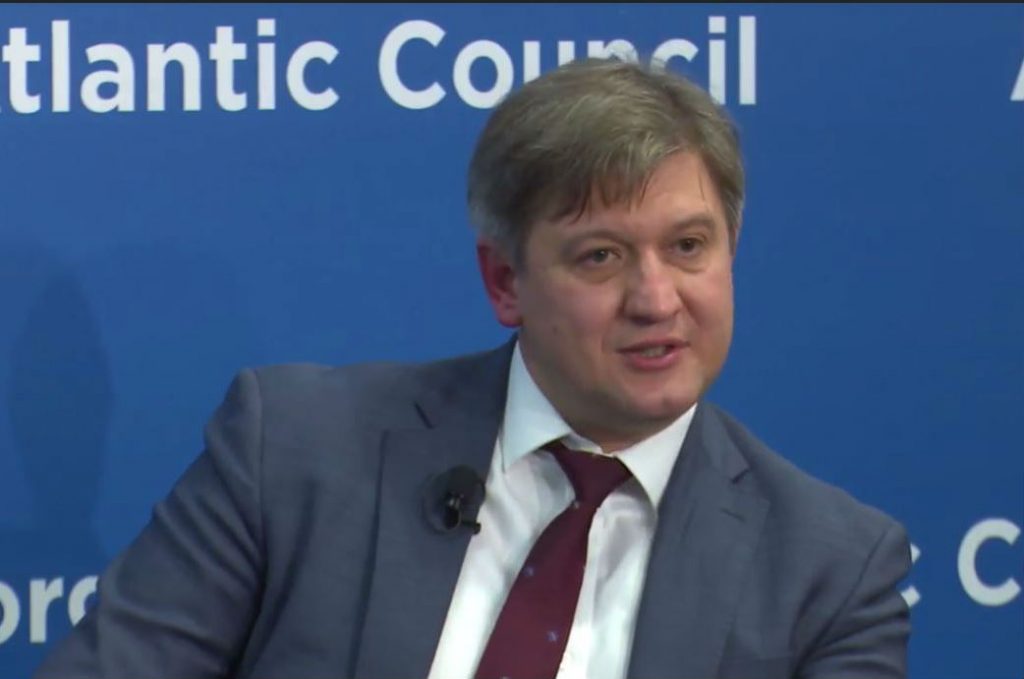 After a week of back-to-back meetings in Washington, Oleksandr Danylyuk is tired. He gladly downs a cup of coffee before we turn on our microphones to discuss Ukraine’s economy. The affable forty-two-year old finance minister is one of the few reformers left in Ukraine’s Cabinet of Ministers and has a reputation as a doer. He’s in town for the International Monetary Fund’s and World Bank’s annual meetings.

When Danylyuk took over after Natalie Jaresko stepped down in April 2016, expectations weren’t high, but he has exceeded everyone’s expectations. My colleague Anders Åslund captured it well: Danylyuk has “turned out to be the reform anchor in a government that has been less committed to reform than the previous government, and he has managed to keep the state finances in good order.”

The former investment banker managed to render elusive value-added tax refunds automatic, which pleases many foreign businesses, and has presided over a period of modest economic growth. In September, Ukraine returned to the international finance markets with the introduction of a $3 billion Eurobond, and analysts expect that there may be more offerings. Ukraine’s macroeconomic indicators are good, and Danylyuk has become one of the more convincing reform voices within the government—and someone that Ukraine’s formidable civil society actually respects.

After the Eurobond, some experts worried that Kyiv would have enough cash to coast, and would start to seriously stall on big-ticket reforms like justice, land, and energy. The country would have the cash it needed until the 2019 elections and wouldn’t have to embrace any more of the International Monetary Fund’s nettlesome demands, which require political compromise. (The IMF has insisted that Ukraine establish an independent anticorruption court and that it abides by an agreed upon gas price formula that will result in greater gas prices before it dispenses any additional money.)

Danylyuk tells me to ignore the rumors. He sees the link between the Eurobond and the idea that there will be no more reforms as “totally artificial.” He points out that IMF money goes to the international currency reserves of the National Bank while the Eurobond finances the budget. The IMF agreement stipulated that Ukraine return to the market this year, so the country is on track, he said. Plus, look at pension reform, he said: Ukraine passed pension reform two weeks after it had secured the Eurobond, which shows that reforms aren’t stopping.

Danylyuk praised the IMF multiple times in our conversation. “The country achieved a lot due to cooperation with the IMF,” he said.

Danylyuk is now pressing for a law to reform the financial investigation service (FIS), which will replace the much-hated tax police and economic units of other law enforcement agencies. The new FIS will eliminate pressure on business, he promised, and investigate real economic crimes. He describes it as a “very difficult reform” that is “as difficult as land reform” because it involves the Security Service of Ukraine (SBU), the general prosecutor’s office, and the national police. The law has been drafted but is stuck. “I think the law should be adopted by the end of the year,” he said.

In the past, oligarchic factions have used their influence in the Rada to influence the budget. When asked how he will ensure that the 2018 budget is different and free from oligarchic interests, he smiles and says, “By doing it.”

He added they’ve gotten good at minimizing the interests of oligarchs by delivering the budget on time. In 2016, the ministry delivered the budget on time and parliament passed it in its first and second readings on time, which restricts the shenanigans that parliament can attempt. In the past, the budget has been passed in a last-minute, chaotic fashion, inviting abuse. In May 2016, he announced that the ministry would submit a budget on time, which caused a fuss. He eventually persuaded the Cabinet to play by the rules. “We shouldn’t be afraid of disclosure,” he said. “We should be strong enough to submit it and defend it.”

“If we don’t believe in our policies, we shouldn’t be in government,” he concludes.