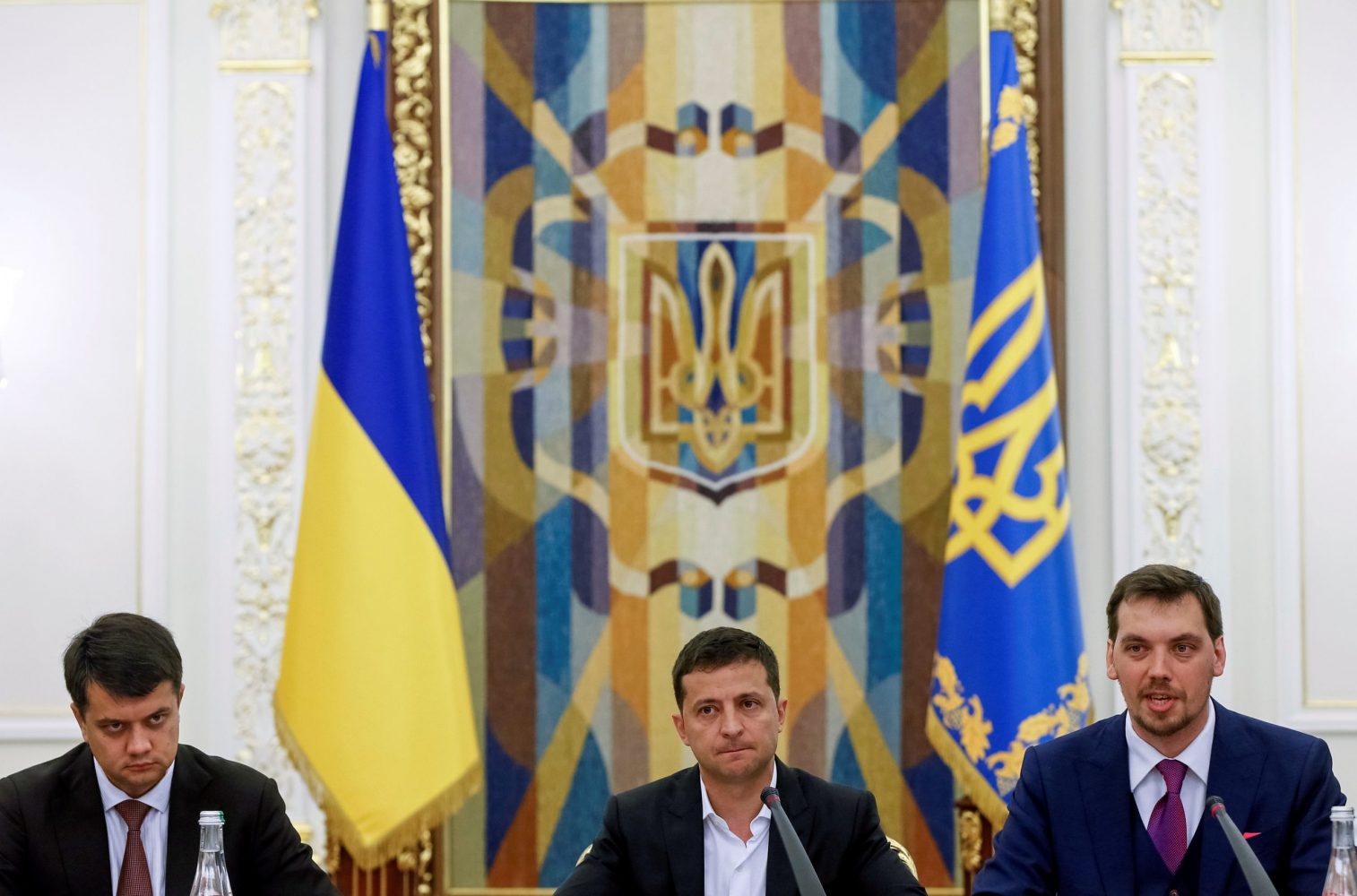 Last year was a crucial one for Ukraine. The country navigated two national election campaigns in less than six months, experienced mounting pressure from an unpredictable Russia, repaid around USD 12 billion in government debt, and found itself at the heart of a scandal that resulted in US President Donald Trump’s impeachment.

By the end of 2019, it looked as though Ukraine had emerged victorious. The country’s young new president Volodymyr Zelenskyy made no concessions to his Russian counterpart Vladimir Putin during their first face-to-face meeting in Paris. Meanwhile, thanks in part to US sanctions that blocked Russia’s Nord Stream 2 pipeline project, Gazprom finally agreed to pay Ukraine’s Naftogaz USD 2.92 billion in accordance with a Stockholm arbitration ruling, and signed a new five-year gas transit contract with Ukraine.

With many of the figures who had dominated the country’s political landscape since the early 2000s sidelined in favor of a new generation of leaders, Ukraine entered the New Year period amid an unfamiliar sense of economic optimism. Nevertheless, a number of significant economic issues remain unresolved as Ukraine moves into 2020.

One year earlier, Ukraine had begun 2019 with politics dominating the national agenda and economic themes significantly less visible. This reflected looming presidential and parliamentary elections. It was also partially due to the strong positive momentum the national economy had gained in 2016-18 as the country’s post-crisis recovery took shape. During 2014-15, Ukraine suffered huge economic losses from the annexation of Crimea and war in the Donbas region, with the country deprived of up to 25 percent of its industrial assets. At the same time, the collapse in ties with Russia saw bilateral trade experience an almost fourfold decline between 2013 and 2016. By the end of 2018, three years of economic growth had allowed Ukraine to reclaim around half of these 2014-15 losses in dollar terms. The major issue facing the government, I would argue, was an enormous debt burden coupled with growing defense spending and a shrinking tax base. This raised the prospect of a possible default.

Developments in 2019 caught many observers by surprise, with Zelenskyy’s election triumph serving to change the economic dynamic in the country. As it became increasingly clear in March 2019 that President Poroshenko would lose the upcoming presidential poll, Ukraine’s national currency began to gain against the dollar, providing the first indication that capital inflows might increase. Following his victory, President Zelenskyy then reappointed Finance Minister Oksana Markarova, making her one of only two members from the previous cabinet to remain in her post and allowing her to continue a profound revolution in Ukraine’s financial policy.

Hryvnia-denominated government bonds gained new ground in 2019 and generated record international interest, helping pave the way for a series of National Bank interest rate cuts throughout the year. As a result, the government was able to meet its obligations without support from international financial organizations, while pushing state debt below 50% of GDP for the first time since 2013. This has created a strong macroeconomic negotiating platform for the Ukrainian government ahead of fresh talks with an IMF mission that is expected in Kyiv in the coming weeks. However, it does not mean Ukraine’s economic outlook for 2020 is exclusively rosy.

While the Finance Ministry and National Bank have delivered a significant degree of financial stabilization, the steep rise of Ukraine’s national currency had itself become a problem by the end of 2019. In recent years, the Ukrainian economy has benefited from an Association Agreement with the EU that has allowed the industrial sector to increasingly rely on exports to the EU. Ukraine’s agriculture sector is also highly dependent on exports. Last year, the strength of the hryvnia began to undermine these two crucial sectors of the Ukrainian economy. Agricultural production remained flat in 2019, while industrial production contracted seven percent in the fourth quarter.

The new government, which began work in late August 2019, has also been the source of additional economic headaches. Plans for new taxes on individual entrepreneurs and small businesses brought thousands of protesters onto the streets. Meanwhile, the issue of agricultural land sales remains unresolved, with the final version of a bill ending the longstanding moratorium on sales still not delivered.

This creates a unique constellation of contradictory signals. On the one hand, 2019 brought a series of considerable economic achievements: GDP rose by approximately 3.75 percent; average salaries grew by over 10 percent year-on-year to hit an all-time hryvnia high of UAH 10,700 (around USD 440); consumer spending skyrocketed by almost 12 percent. At the same time, dissatisfaction with government policies is on the rise due to complications in business conditions and the absence of satisfactory progress in both tax and land reform.

This makes it easy to believe that Prime Minister Oleksiy Honcharuk’s cabinet is a transitional one that may not last much longer. Indeed, some long-serving MPs are publicly making bets on Honcharuk’s removal by no later than May 2020. The recent scandal involving taped recordings of the PM questioning President Zelenskyy’s understanding of economic issues is seemingly over, but the departure of the current government may still come sooner rather than later.

If such a change does indeed take place, I would argue that it would represent the first time in recent Ukrainian history when a government was replaced based on economic rather than political considerations. In this case, the best choice to lead the new government may well be Finance Minister Oksana Markarova, since the main challenges facing Ukraine in 2020 are of an economic nature. Switching from policies of financial stabilization to policies promoting economic growth has proven the most difficult task facing all reformist post-Communist governments. As Ukraine addresses this challenge, the country deserves to be managed by someone expert in economic issues rather than political maneuvers.

Vladislav Inozemtsev is the Director of the Centre for Post-Industrial Studies (Moscow, Russia)