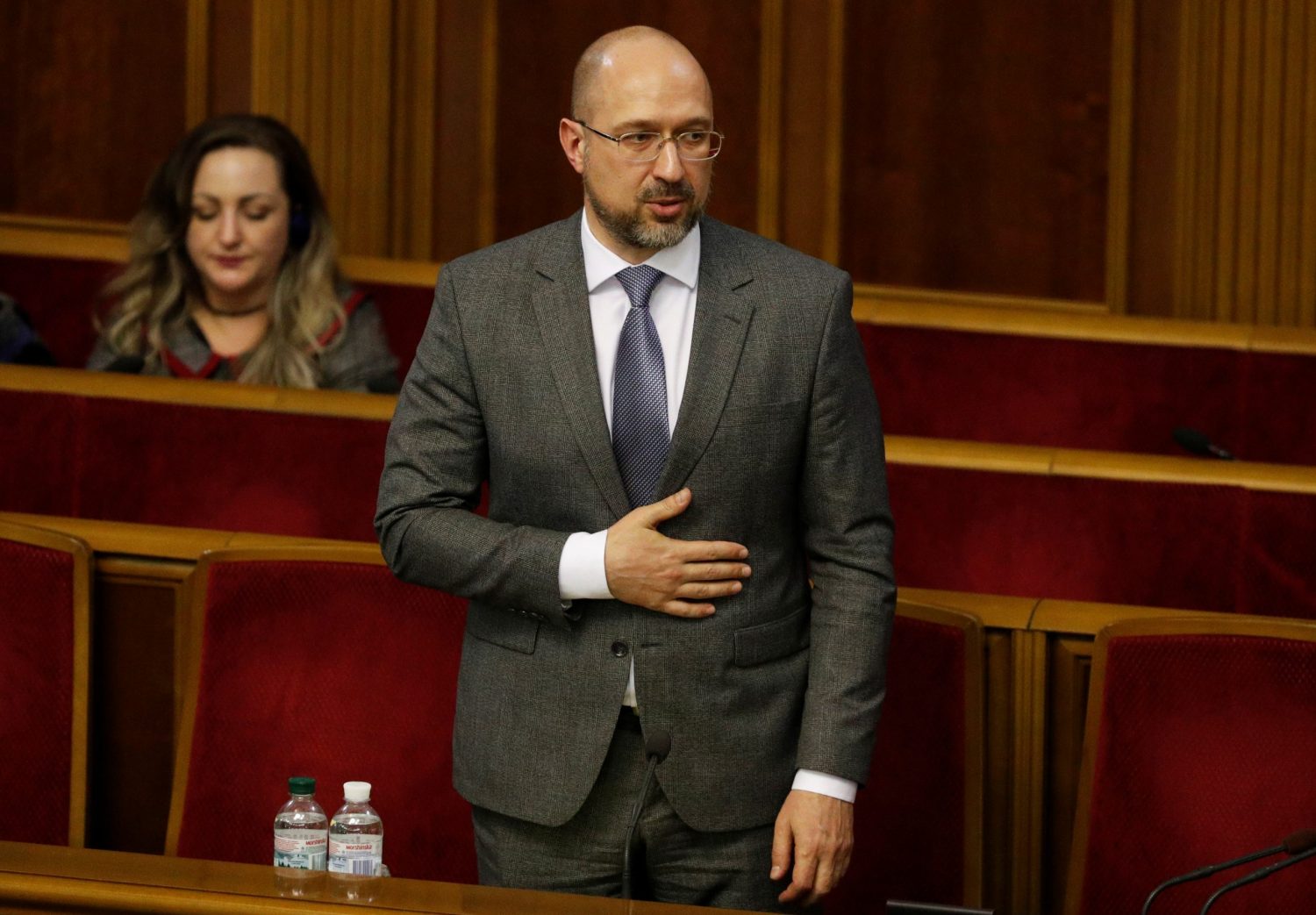 Ukrainian President Volodymyr Zelenskyy announced a major cabinet reshuffle on March 4 that brought the curtain down on his first government after just six months. Former energy sector executive and regional governor Denys Shmyhal now takes over from Prime Minister Oleksiy Honcharuk, while key cabinet members including the ministers of finance, economic development, energy, defense, and foreign affairs have also all been replaced.

Zelenskyy justified the sweeping changes by pointing to the poor performance of the outgoing administration, which he accused of being well-meaning but ineffective. In contrast, the incoming government has been touted as more experienced and capable of achieving results. However, some members of the new cabinet bring questionable baggage to their new roles. Many are tied to the country’s oligarchs or held posts in discredited prior administrations, raising questions about their commitment to the transformational reform agenda that first catapulted Zelenskyy to the presidency in spring 2019.

Unsurprisingly, critics have slammed the reshuffle as a return of the old guard and a triumph for oligarch interests that signals the end of President Zelenskyy’s claims to represent a break with the corrupt past in Ukrainian politics. Such verdicts are somewhat premature, but a near-complete change in government so early in Zelenskyy’s presidency inevitably fuels doubts over his leadership skills and ability to bring about fundamental change.

As they seek to prove themselves, the Ukrainian president’s new appointments do not have the luxury of time. Past experience throughout the post-Soviet world indicates that incoming administrations typically enjoy a limited window of opportunity to implement significant reforms, and the clock for Zelenskyy began ticking in mid-2019. Consequently, the window for meaningful change may already be closing in today’s Ukraine.

The new Ukrainian government inherits a mixed reform report card from its predecessor. Although Oleksiy Honcharuk’s administration was only in office for half a year, significant progress was made in some areas. In the energy sector, the government largely resisted populist pressures to reverse the transition to market pricing, while the unbundling of Ukrainian state operator Naftogaz’s transmission systems will help facilitate better integration into European markets.

After decades of delays and false dawns, privatization is finally moving forward with over a thousand items on the list to go under the hammer. These range from small plots to major industrial enterprises. New legislation has been passed paving the way for public-private partnerships to upgrade Ukraine’s national infrastructure of ports, airports, roads, and railways. Meanwhile, the boldest reform initiative has been the attempt to end a twenty-year moratorium on the sale of agricultural land, which has passed its first reading and looks set to be one of the most challenging issues on this year’s parliamentary agenda.

Despite these examples of progress, there are many warning signs that the forces which have derailed systemic reforms in Ukraine for decades are once again gaining ground. All manner of populist and underhand tactics were employed to block the reform efforts of the Honcharuk government, ranging from bribery and intimidation of individual MPs and officials, to staged rallies and mass demonstrations featuring paid protesters. Multimedia campaigns sought to discredit anti-corruption measures such as higher salaries for ministers and other public sector executives, while individual anti-corruption activists faced accusations and harassment. These efforts were geared towards maintaining the dysfunctional status quo and preventing reforms from taking root. Ukraine has been here before, and the lessons of the past are not encouraging.

President Zelenskyy’s 2019 election success was not the first time a new Ukrainian leader came to power with a popular mandate for change. Indeed, since Ukraine first gained independence in 1991, there have been numerous windows of opportunity which have subsequently been slammed shut by the chief beneficiaries of the country’s unreformed economy.

Ukraine’s first big reform drive in 1992 was led by Minister of Economy Viktor Pynzenyk, but the baby steps he was able to take lasted only a few months before advocates of quiet privatization convinced Ukraine’s first post-Soviet president Leonid Kravchuk to fire Pynzenyk. This was a key moment in the evolution of the oligarchic economic system that continues in Ukraine to this day.

Following a change of president in 1994 and the election of Leonid Kuchma, Pynzenyk returned as Deputy PM responsible for reforms. Once more, progress initially proved possible and the foundations were laid for a national currency. However, by mid-1996, the oligarchs had managed to convince Kuchma to turn his back on further reforms.

Reform windows would open briefly on three further occasions over the coming two decades of Ukraine’s post-Soviet progress. Following his 1999 reelection, Kuchma again flirted with a reformist agenda. However, his attempt to deploy “gas princess” Yulia Tymoshenko in a poacher-turned-gamekeeper role to clean up the country’s energy sector provoked such strong protests that it eventually led to her removal and temporary imprisonment.

The next window of opportunity came in the wake of the 2004 Orange Revolution, which saw millions of Ukrainians reject the discredited post-Soviet status quo while demanding a transition to the democratic freedoms taking root elsewhere in Central Europe. Orange hopes turned sour in less than a year, however, with President Yushchenko and Prime Minister Tymoshenko engaged in personal squabbles while the country’s oligarchs reasserted their authority.

Ukraine’s oligarch clans made an even more unlikely comeback after the 2014 Euromaidan Revolution. With bloodshed in central Kyiv and Russian forces occupying whole regions of the country, many expected the trauma and turbulence of the period to spark a decisive shift away from the oligarchic system. Instead, the window of opportunity closed within less than two years. In his February 2016 resignation letter, Economy Minister Aivaras Abromavicius made clear who had closed it, namely the corrupt and powerful lobby of vested interests who benefited from an absence of reforms.

This trend of limited reform opportunities followed by strong push-back is not unique to Ukraine. Russia experienced a similar trend in the early 1990s when it first attempted reforms under Yegor Gaidar. Slovakia faced the same issues during the same period, and it took the threat of delayed EU membership to encourage a return to the reform agenda. Nor was this exclusively a post-Soviet phenomenon. On the contrary, it had been identified in Latin America decades earlier. Smart leaders in post-Soviet Central Europe such as Balcerowicz in Poland moved fast to introduce irreversible reforms in order to overwhelm the opposition.

The lessons of history are clear for the new Zelenskyy government, while the challenges they face are painfully apparent. Oligarchic vested interests are already working hard to close Ukraine’s current window of opportunity for reform. Only the rapid entrenchment of extensive reforms can prevent these vested interests from succeeding.

If the country’s newly appointed cabinet of ministers genuinely seeks to transform Ukraine, it must act with a sense of urgency. Failure to do so will leave the Ukrainian electorate frustrated once again and on the lookout for the country’s next champions of change.