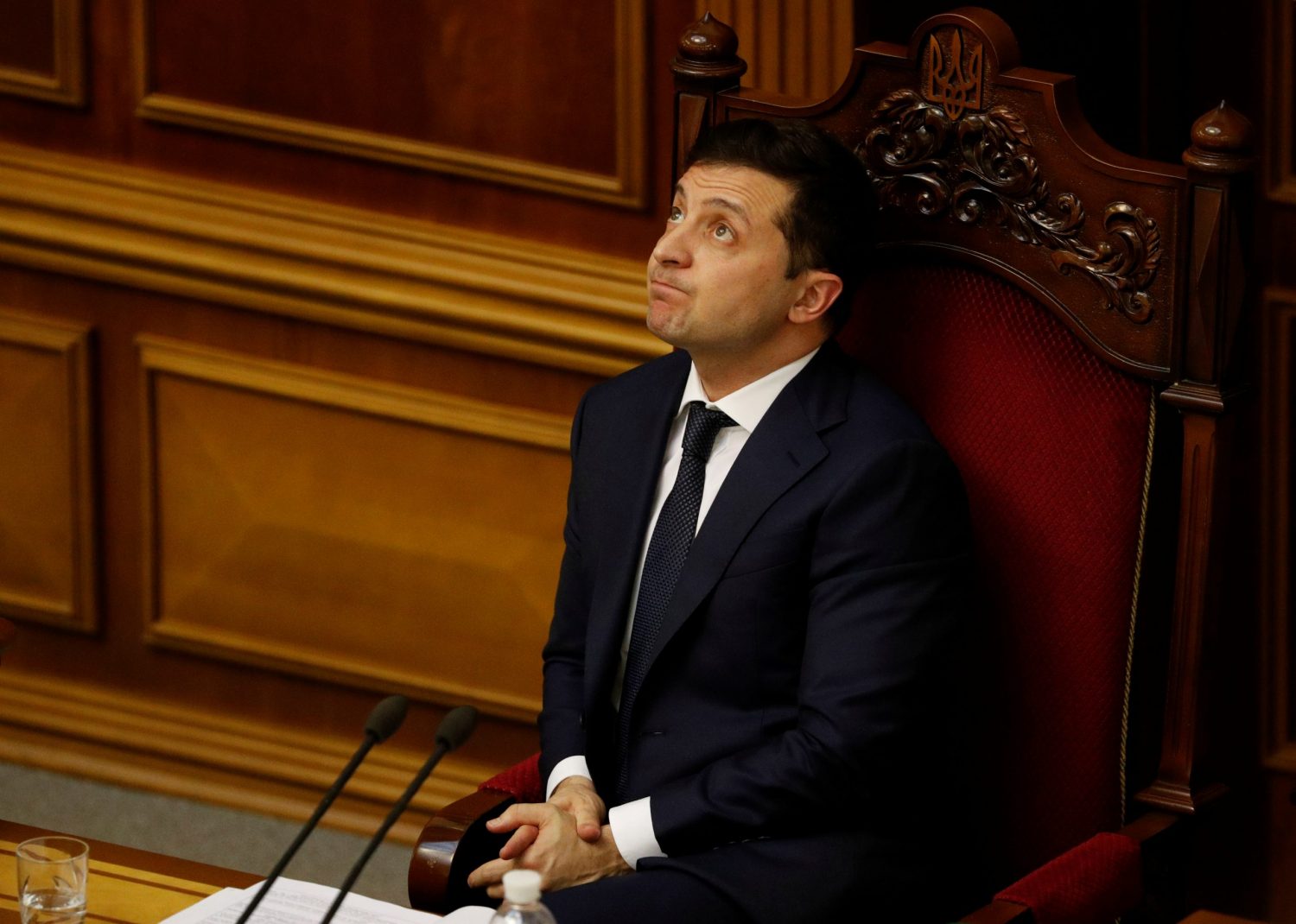 Ukrainian President Volodymyr Zelenskyy has just replaced most of his cabinet, including his prime minister. His office will spin this as a sign of renewal. In fact, it’s an indication that Zelenskyy is already in serious trouble.

Less than one year ago, Zelenskyy was able to win the presidency because he was all things to all people. That quality helped him and his amorphous party, Servant of the People, triumph in last year’s presidential and parliamentary elections. However, it is no way to run a country that faces enormous economic and political challenges.

His inexperience as a policymaker — inexperience that Zelenskyy’s closest advisers also share — may finally be asserting itself and overshadowing the optimism that accompanied his 2019 election victories. Mistakes and missteps have become the norm. Confusion in the corridors of power abounds. Backstabbing and rumor-mongering — always signs of something amiss within a ruling elite — have increased. His administration seems confused about how to proceed with the sale of agricultural land, one of its most important declared reforms.

The absence of a defining strategy hinders all leaders, but the problem is especially acute in the case of Zelenskyy, as his and his party’s landslide victories have concentrated enormous power and responsibility in their untrained hands. Like it or not, Zelenskyy is now the linchpin of Ukraine’s political system. He runs the entire show. It’s as if he were the star of a reality TV series called Ukraine and has suddenly realized that, as its producer, director, and scriptwriter, he doesn’t know how to proceed.

Given this lack of policy-making expertise, the result has been seat-of-the-pants improvisation, half-baked ideas, and policies produced by an under-cooked political elite led by tech-savvy media people with minimal understanding of governance. As a result, a visibly frustrated Zelenskyy has taken to fuming and scolding in the manner of weak strongmen who know they bear full responsibility for goings-on they do not fully understand or control.

Not surprisingly, most of Ukraine’s intellectual elites have turned, or are turning, against Zelenskyy. Some of their criticism is excessive and unfair. Nevertheless, the bottom line, for Zelenskyy at least, is that this elite questions, if not, in fact, rejects, his legitimacy. Zelenskyy still remains popular with the public. But no democratically elected president can survive long as an effective leader if the intellectual elites regard him as a usurper or, worse still, a stooge of Putin or the Ukrainian oligarch, Igor Kolomoisky.

Zelenskyy’s current style of government is least suited to deal with the four challenges he needs to resolve as soon as possible.

First on the list, Zelenskyy has to deliver on all the populist promises he made to the electorate. In particular, this means ending the war with Russia, quashing corruption, and expanding the economy at a seven percent clip. A philosopher-king would be hard-pressed to meet these goals; a short-tempered tyro, whose popularity and legitimacy rest on public expectations of extremely rapid change, is sure to stumble. Over time, the temptation to pass the buck, blame parliament for his own missteps, and focus on enhancing his own authority may become irresistible.

Second, the politically inexperienced Zelenskyy has to transform his parliamentary deputies into an effective legislative branch without concentrating too much authority in his own hands. Many Ukrainians might be willing to overlook some dictatorial tendencies in exchange for reform, but the West and Ukraine’s intellectual class will not.

Third, the diplomatically inexperienced Zelenskyy has promised to reintegrate the occupied territories of eastern Ukraine, seemingly unaware of the fact that the Donbas has consistently opposed Ukraine’s move westwards ever since independence in 1991. Reintegrating this area into the Ukrainian body politic, especially with Russian agents and pro-Russian separatists still around, would be tantamount to political suicide for the Ukrainian state. If the occupied territories rejoin Ukraine as vassal statelets of Russia, they will stop all reform and destroy Zelenskyy’s presidency.

Fourth, despite impressive economic growth in 2019 and some good economic policies adopted by the former Minister of Finance Mylovanov, many economists point to the high likelihood that Ukraine will face worsening economic conditions in 2020. The country’s GDP is currently expected to grow by 3.5 percent, with the possibility that the coronavirus crisis may lower this growth rate as the global economy slows down. If serious land reform is not passed, Ukraine’s economy could slow even more.

All these challenges will require a coordinated, systemic response, something that Zelenskyy and his administration have thus far not produced. If Zelenskyy and his new cabinet do not retake the reform initiative immediately, political isolation and continued degradation will follow. Ukrainians will not tolerate a second-rate authoritarian who can’t deliver on any of his promises.

Under such a scenario, a third popular uprising along the same lines as the 2004 Orange Revolution or the 2014 Euromaidan Revolution becomes increasingly likely, unless a palace coup results in his removal from office. Needless to say, neither a popular insurrection nor a coup would enhance Ukraine’s stability and attractiveness to foreign investors. The Kremlin, however, would view either eventuality with glee.

What should Zelenskyy do? Above all, he must realize that, despite his fantastic electoral victories, he cannot govern alone. He needs the expertise, experience, and professionalism of the democratic opposition, both to develop sound policies and to protect himself from popular ire. Zelenskyy is not yet a banana republic dictator. It is not too late for him to pause and reach out to patriots for help in running a hugely complicated country.

Alexander J. Motyl is a professor of Political Science at Rutgers University-Newark.