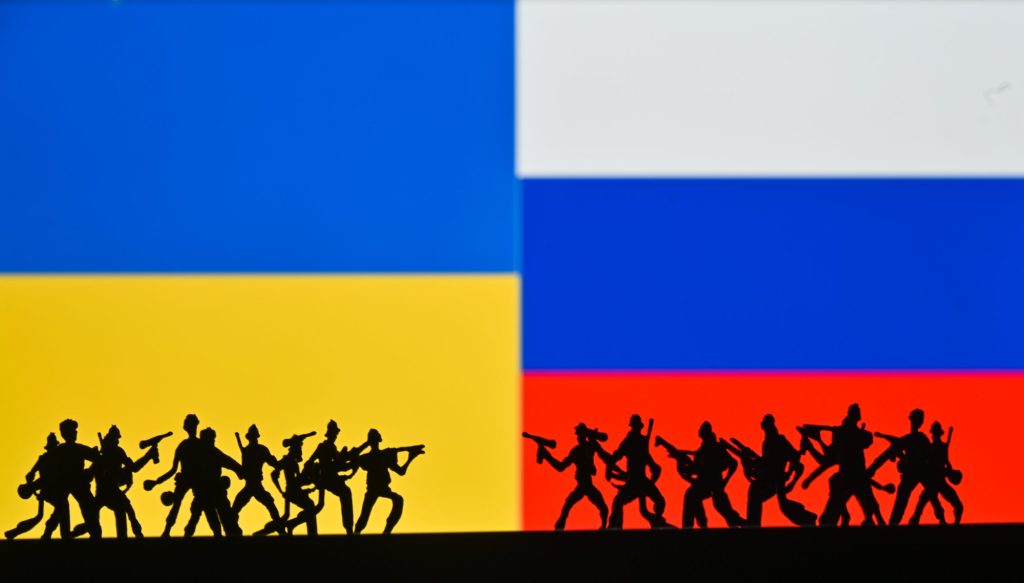 A series of audacious recent Ukrainian attacks in occupied Crimea and across the Russian border in Belgorod have signaled a new stage in the war, with Ukraine increasingly seizing the initiative and setting the military agenda. Panic is now slowly spreading among ordinary Russians, with significant numbers reportedly fleeing Crimea and Belgorod.

This shift in the dynamic of the six-month conflict has clearly registered in the Kremlin. The war is still far from over, but with Ukraine visibly growing in boldness and Russian offensive operations rapidly running out of steam, Putin is showing signs of seeking a return to the negotiating table.

While a decisive military victory currently looks to be beyond Russia’s capabilities, it remains unclear if the war will enter a prolonged stalemate or whether Ukraine can force Russia to retreat. Unlike Russia, Ukraine has large reserves of soldiers and does not appear to be facing any imminent recruitment issues. However, the Ukrainian military remains highly dependent on the country’s Western partners for the weapons it requires in order to mount a serious counter-offensive.

Some in Berlin, Paris, and Washington had earlier worried that providing Ukraine with more potent weapons would provoke Putin into a new escalation. Instead, recent weeks have seen Russia partially lift the blockade on Ukraine’s Black Sea ports while expressing a readiness to allow international inspectors to visit the Zaporizhia Nuclear Power Plant in southern Ukraine, which is currently under Russian control. Meanwhile, high-profile Kremlin emissaries such as former German Chancellor Gerhard Schroeder have announced Putin’s readiness to negotiate.

It is possible that Putin realizes he is now in danger of losing and is trying to recover his position via diplomacy. So far, Ukrainian officials have downplayed the prospect of any high-level peace talks. However, as the war drags on with no end in sight, Ukraine is likely to face mounting international pressure in the months ahead to engage in fresh diplomatic initiatives. It is therefore vital to clarify Ukraine’s key conditions in advance.

The fundamental fear is that Putin will try to secure an early ceasefire and consolidate his gains, as he did with the two Minsk agreements of 2014 and 2015. This would merely set the stage for a new war in the coming years once Russia has licked its wounds and regrouped militarily.

As Ukrainian President Volodymyr Zelenskyy has rightly insisted, the first and most obvious condition for future peace talks is the recovery of all occupied Ukrainian territory. This means Crimea and the so-called people’s republics of eastern Ukraine as well as regions occupied during the past six months. Re-establishing Ukraine’s territorial integrity is the only way to secure a sustainable peace.

Putin’s disregard for all international agreements shows that the only credible security guarantee is NATO membership plus a strong Ukrainian military. Considering Ukraine’s outstanding performance in the current war, NATO should be proud to offer the country a fast track to membership as Finland and Sweden have just received. If the alliance is unable to reach a consensus on Ukraine, similarly cast-iron security guarantees from individual leading powers will be necessary but may not prove sufficient to allay Kyiv’s justifiable concerns.

Third, Russia must pay war reparations for the devastation it has caused in Ukraine. The Kyiv School of Economics has assembled a database and assessed the direct physical damage during the initial months of the invasion at USD 110 billion, while Ukraine’s GDP is set to fall by at least 35 percent or USD 70 billion in 2022. The final cost in terms of material damage alone is likely to be far higher.

Western governments should facilitate the financing of Ukraine’s post-war rebuilding by confiscating USD 316 billion of currency reserves belonging to the Russian Central Bank and frozen since the first days of the invasion. Other sources of Russian funding should be identified and legal mechanisms put in place to direct this money to Ukraine. Securing Russian reparations should be one of Ukraine’s key requests to the country’s Western partners.

Fourth, the Russian Black Sea Fleet must permanently evacuate its leased naval base in Crimean port city Sevastopol. The Russian invasion of Ukraine began with the 2014 seizure of Crimea. This operation relied heavily on Russian forces stationed in Sevastopol. Conveniently, the Kremlin has already unilaterally revoked the 2010 Kharkiv Agreement that extended Russia’s lease on Sevastopol until 2042.

Fifth, at least two million Ukrainians have entered Russia since the start of the invasion, with many subjected to forced deportation. All Ukrainians who so desire should receive permission to leave Russia. The thousands of Ukrainian children taken to Russia and subjected to illegal adoption must be returned to Ukraine.

Sixth, Russian soldiers and officials who have committed serious war crimes should be prosecuted at the International Criminal Court in The Hague. Fortunately, the Ukrainian authorities have already begun the process of registering and documenting Russian war crimes in great detail.

These six conditions should serve as a basis for any potential peace talks. The West must fully support Ukraine at this critical juncture and overcome their fear of humiliating and provoking Putin. The evidence of the past six months indicates that when faced with resolute opposition, the Russian dictator is more inclined to back down than escalate.

Western leaders should therefore focus on providing Ukraine with the weapons it needs to win the war, while also sending a clear message to Moscow that sanctions will remain in place until Russia has fulfilled all of Ukraine’s conditions. Above all, they must avoid the temptation to offer concessions in exchange for what would likely be little more than a pause in the fighting.

Ukrainians understand the futility of trying to compromise with the Kremlin. They recognize that the war will only end when Russia is defeated. Ukraine’s international partners must also embrace this sentiment and present a united front to Moscow ahead of any future peace talks. Instead of fearing how Putin may react if he loses, they should worry about what he will do if he wins.

Anders Åslund is a Senior Fellow at the Stockholm Free World Forum. His latest book is “Russia’s Crony Capitalism: The Path from Market Economy to Kleptocracy.”