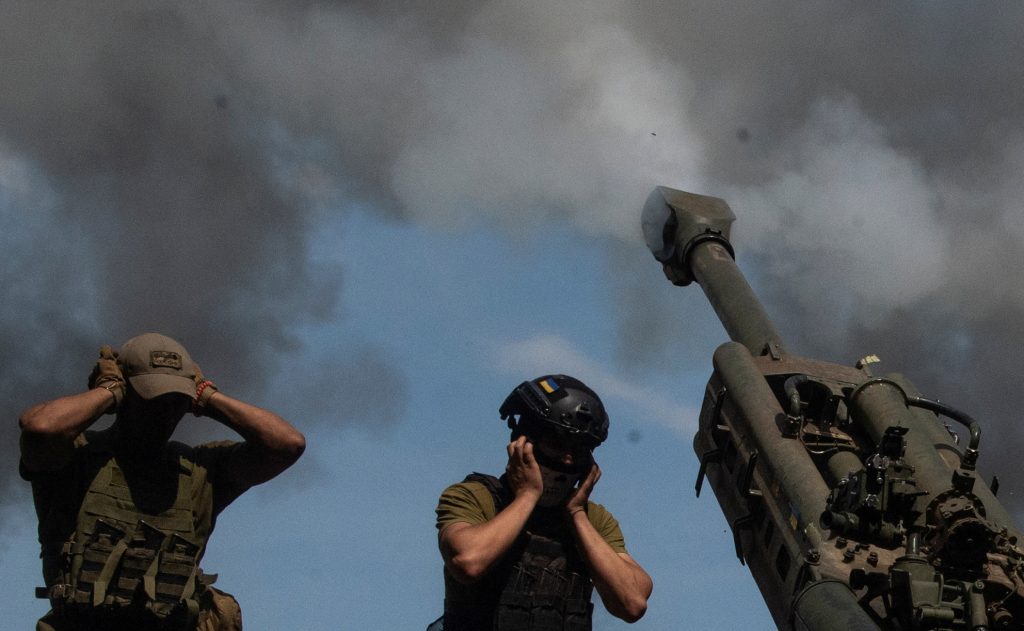 Six months ago, Russia launched a full-scale invasion of Ukraine. Since then, Russia has occupied 13% more of the country, killed thousands of Ukrainians, leveled major cities along with countless towns and villages, strangulated Ukraine’s economy, taken Europe’s largest nuclear plant hostage, and caused hundreds of billions of dollars in damage. Russian soldiers have committed unspeakable war crimes and thousands of Ukrainian children have been forcibly relocated to Russia. One-third of Ukrainians have left their homes, sparking the largest refugee crisis since World War II.

Back in February, I was one of the few analysts who fully expected Moscow to invade. Most remained skeptical in spite of Washington’s full-throated insistence and intelligence that an invasion was looming. The first six months of the war have continued to challenge assumptions. These are the six biggest surprises to me.

1. The utter failure of the international system to restrain Russia

Diplomacy failed, US threats flopped (US President Joe Biden even sent Russian President Vladimir Putin a letter outlining the US response to an invasion), and a beefed-up NATO presence in Eastern Europe before the invasion did nothing. The international system is now failing Ukraine in seeking justice for war crimes and restitution for billions in damage. Even after six months of war, the West has nothing real to offer Ukraine in terms of permanent security guarantees.

2. The sheer brutality of the Russian army toward “brotherly” Ukrainians

The Russian army has a long history of brutal violence, but it seemed unthinkable that soldiers would engage in the mass rape, torture and killing of civilians whom the Russian regime officially considers their Slavic brothers. And yet this is exactly what they did in towns and villages on the outskirts of Kyiv. Russia’s deliberate bombing of a theater in Mariupol that was known to be sheltering women and children defies belief.

As Andrii Osadchuk, a Ukrainian MP with the Holos party recently reminded me, it previously seemed unthinkable that the Russian army would eliminate Russian-speaking village after village in southeastern Ukraine, thereby destroying its own political stronghold in the country. Russia’s actions in southeast Ukraine alone expose the myth of Slavic brotherhood.

3. The US administration’s failure to communicate what the war is really about

President Biden didn’t ask the American public to do anything beyond pay higher prices at the pump. He has done a ton for Ukraine, and he and his team deserve huge credit for many things, but messaging to the public isn’t one of them.

Dashing off an op-ed for elites in the New York Times explaining what the US will and will not do in Ukraine isn’t enough. It’s not quite as bad as when President George W. Bush told the American public to go shopping after 9/11, but Biden’s inattention to messaging to the American public doesn’t get high marks.

Russia’s war in Ukraine will be long and drawn out. The outcome of the war depends on how long the West will sustain the effort with weapons and financial support. It all hinges on public opinion in the end. The lack of public messaging during the first six months of the war is a shame because Biden has an extraordinary gift for connecting with average people and fervently believes in the cause of freedom.

4. Zelenskyy’s growth from showman to statesman

Less than a year ago, Ukrainian President Volodymyr Zelenskyy came to Washington for a visit. I couldn’t figure out why he bothered with no real achievements to show. He was trying to boost investment in Ukraine without engaging in the real work of reform. In his first two years in office (2019-2021), he showed little interest in the often boring and complicated details of policy, opting instead for quick fixes. Rather than overhaul the courts, he flirted with the idea of investment nannies who would help Western businesses if they encountered any problems with Ukraine’s notorious law enforcement and legal systems.

Fast forward to today and Zelenskyy has become the Churchill of our times. He began the war by rejecting overtures to leave Kyiv and govern from western Ukraine or Poland. He has since inspired the world with his personal heroism and courage while brow beating Western governments to do more and explaining to the world the price of freedom.

As a war leader, Zelenskyy has a reputation for respecting his generals and leaving the big strategic decisions up to them. He has also become a staunch defender of Ukraine. During his 2019 presidential election campaign, many people questioned Zelenskyy’s patriotism and commitment to Ukraine. Up until February 24, he showed willingness to compromise and negotiate to end the war. No longer.

The Kremlin never understood how much Ukraine fundamentally changed since the country’s 2014 Euromaidan Revolution. Moscow failed to grasp that the reforms put in place over the past eight years were genuine, however haltingly they were implemented. This was especially true in terms of military reforms.

As Daniel Szeligowski at the Polish Institute of International Affairs points out, Russians completely misinterpreted polling data from Ukraine showing that Ukrainians disliked their political authorities but trusted the country’s military. This led to the disastrous conclusion in Moscow that if Russia could wipe out the Ukrainian military, Ukrainians would be glad to accept new leaders. How wrong they were.

Ukraine is not a failed state. Six months after the start of the Russian invasion, Ukraine’s banking system continues to work. Ukraine pays public sector workers on time. Hospitals and schools still function. The state railway moved millions of Ukrainians out of harm’s way. Central election data was closed and moved abroad to protect it from Russian hackers. Government ministries partnered with volunteers to deliver humanitarian goods and medicine across the country. Ukraine’s weak state institutions have proved surprisingly durable during war.

What surprised you the most? We would love to know.

Ukraine’s remarkably resilient response to Russia’s February 2022 invasion has highlighted the impressive nation-building progress made by the country since the chaotic early years of the post-Soviet era.

Failure to hold anyone accountable for the crimes of the Soviet era has fostered a climate of impunity in modern Russia that has paved the way for the genocidal invasion of Ukraine, writes Alexander Khara.