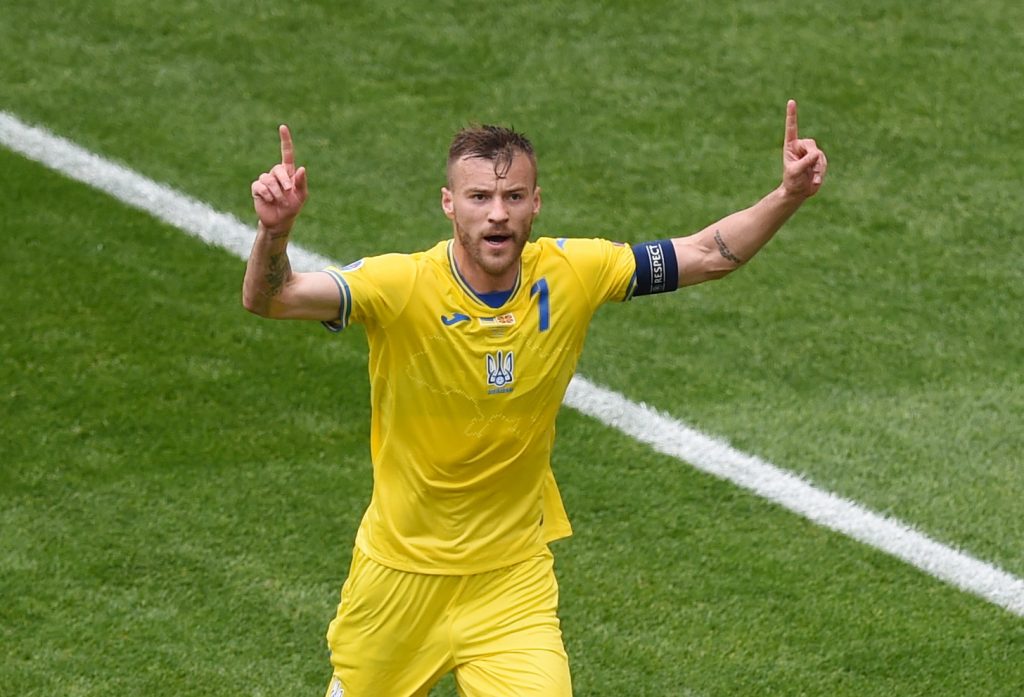 On the eve of his country’s September 1 World Cup qualification tie in Kazakhstan, Ukrainian national soccer team captain Andriy Yarmolenko gave a press conference in the Ukrainian language. At first glance, it may not be immediately apparent why a prominent athlete speaking his national language is in any way remarkable. However, given the traditional dominance of the Russian language in Ukrainian football and many other aspects of the country’s pop culture, Yarmolenko’s gesture had real meaning.

The footballer himself certainly seemed to recognize the significance of his linguistic choice. He was also quick to acknowledge the pressures facing other public figures who might not have complete confidence in their Ukrainian language skills. While Yarmolenko grew up speaking Ukrainian with his parents, he freely admitted to feeling self-conscious about his Ukrainian and fearful that he would be ridiculed for making grammatical mistakes or using vocabulary borrowed from the Russian language.

Yarmolenko is not the only Ukrainian soccer star to make the switch to Ukrainian. National team trainer Oleksandr Petrakov recently followed his captain’s example and spoke with the press in Ukrainian ahead of the team’s game against France in Kyiv. Alongside him was veteran national team goalkeeper Andriy Pyatov, who also opted for Ukrainian and declared that he would personally like to see more of the national team speaking Ukrainian in future.

This recent preference for the Ukrainian language among high-profile footballers is a sign of the times in a country at war where feelings of patriotism are running high and language has long been a heavily politicized issue. The media coverage generated by the linguistic choices of Yarmolenko and his colleagues also highlights just how marginalized the Ukrainian language remains in many areas of the country’s everyday life, despite 30 years as the only language with official status in an independent Ukraine.

Russian imperial attitudes towards the Ukrainian language are perhaps best summed up by the 1863 Valuev Circular, an imperial decree by the Russian Minister of Internal Affairs which declared matter-of-factly: “A separate Little Russian [Ukrainian] language never existed, does not exist, and shall not exist.”

While the Ukrainian language was being systematically suppressed, Russian was elevated. Anyone living in czarist or Soviet Ukraine who sought to advance in society, business, politics, or education needed to speak Russian. It was the language of government and the lingua franca in all of Ukraine’s major towns and cities. At the same time, Ukrainian was accorded an inferior status and stigmatized as a peasant tongue associated primarily with rustic village life.

This situation began to change with the Soviet collapse and the decision to make Ukrainian the official state language of newly independent Ukraine. However, progress was relatively slow until the 2004 Orange Revolution, which brought Viktor Yushchenko to the presidency. Under Yushchenko, significant progress was made towards expanding the role of the Ukrainian language in contemporary Ukrainian society.

This was never going to be an easy task. Generations of modern Ukrainians grew up in a world that was almost completely dominated by the Russian language, with millions continuing to regard Russian as their native tongue. While knowledge of Ukrainian has always been fairly widespread throughout the country, the standard of Ukrainian has often been poor. Many Ukrainians still speak a dialect known as Surzhyk, which is a mix of the Russian and Ukrainian languages. Others, including the footballer Yarmolenko, remain self-conscious about their Ukrainian language fluency.

Politics looms large over the entire language debate, of course. While Russian has traditionally been the dominant imperial language in Ukraine, some Russian speakers now claim that it is they who are being linguistically oppressed. They point to post-Soviet legislation designed to promote the use of the Ukrainian language and argue that such policies discriminate against the millions of native Russian speakers in Ukraine.

The continued political potency of the language issue was most immediately apparent in 2014, when the Kremlin weaponized the Russian language in a bid to justify the military seizure of Crimea and intervention in eastern Ukraine. With Moscow openly championing the cause of Ukraine’s allegedly downtrodden Russian speakers, Ukrainians began to quip that they were suddenly afraid to speak Russian in case Putin sent tanks to “protect” them.

Seven years on, it is increasingly obvious that Putin’s decision to play the language card has backfired disastrously. By linking his imperial aggression so directly to the defense of Russian speakers, he has tarnished the language and placed all Ukrainian supporters of greater Russian language rights under a toxic cloud of suspicion.

Putin’s weaponization of the Russian language has also accelerated the revival of the Ukrainian language that began following independence in 1991. Since the onset of Russian aggression in 2014, Ukraine has passed a number of laws strengthening the status of the Ukrainian language in areas ranging from the arts and education to the media and service sectors. These measures enjoy a notably high degree of public support. Around 60% of Ukrainians back language quotas for TV and radio stations, for example, while a 2020 survey found that clear majorities in all regions of the country favor the use of Ukrainian in education and by state officials.

The recent decision by some of the country’s top soccer stars to begin speaking Ukrainian during their public appearances is the latest small but symbolic step in what is a wider renaissance of the Ukrainian language. Pushed to the margins of Ukrainian society and deliberately downgraded for centuries, the Ukrainian language is now thriving once again thanks to a combination of Ukraine’s own nation-building progress and the traumatic consequences of Russian aggression.

This process is far from over. Indeed, the language issue is likely to remain politically sensitive in Ukraine for many years to come. However, the days when the Ukrainian language suffered from second-class status are now being increasingly consigned to the past.

Image: Ukraine's national soccer team captain Andriy Yarmolenko (pictured here celebrating a goal during Euro 2020) recently attracted attention by conducting a press conference entirely in Ukrainian. His gesture was the latest small step forward in what many see as an ongoing renaissance of the Ukrainian language. (REUTERS/Mihai Barbu)