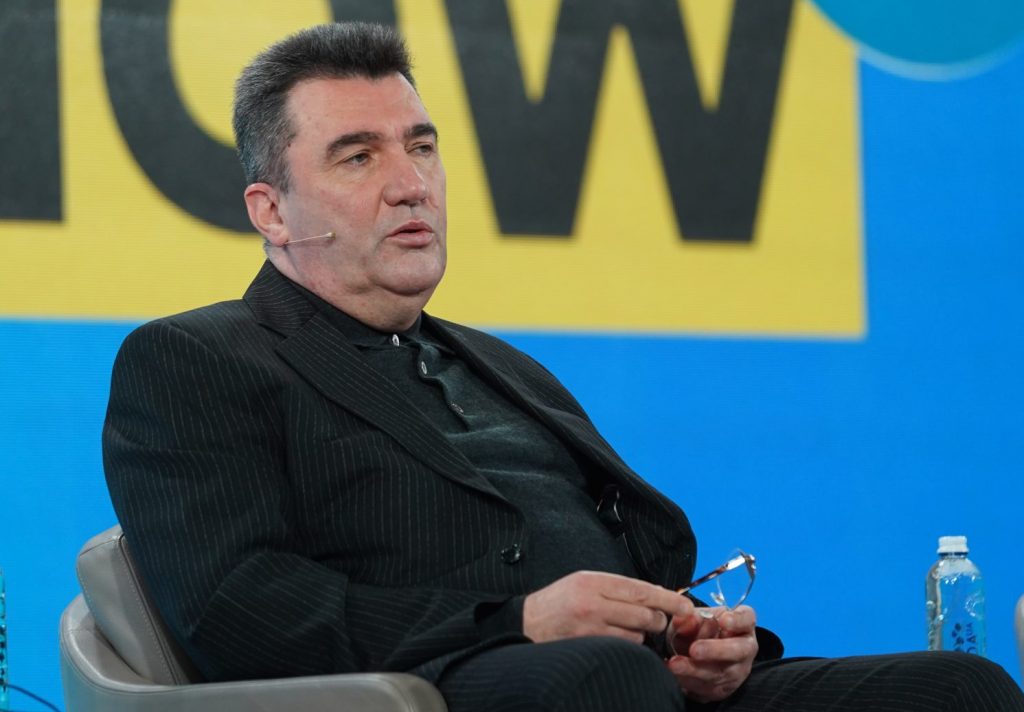 Ukraine has an unlikely new political star. He is a gruff, plainspoken 58-year-old former veterinarian who wears ill-fitting suits and rarely cracks a smile. Yet over the last two months, Oleksiy Danilov, Secretary of Ukraine’s National Security and Defense Council, has become Ukraine’s most compelling voice for reform and justice.

With President Volodymyr Zelenskyy’s ratings plummeting and his government facing challenges from rising COVID fatalities, inadequate vaccine supplies, economic decline, and no signs of an end to Russia’s war in the Donbas, Danilov has been the one official who has begun to effectively communicate a sense of purpose and progress on the key issues troubling the Ukrainian public.

Most Friday nights, Danilov is a fixture on Ukraine’s highly-rated national prime time talk show, where he takes on the country’s oligarchs, illegal privatizations, the machinations Russia’s fifth column in Ukraine, and “treasonous” votes in past parliaments. He also peppers his media appearances with broader commentary, as when he called on students and faculty to reject the candidacy of a discredited former parliamentary speaker for the post of Rector of Kyiv State University, or when he recently opined that English should supplant Russian as Ukraine’s second language.

Danilov’s new-found media prominence is not based on any inherent powers, as he himself is always at pains to make clear. His position as secretary of the National Security Council is, after all, primarily advisory and administrative. Danilov’s influence springs directly from President Zelenskyy’s decision to try revive the Council in order to address a series of vexing issues as matters of national security.

Within the terms of the Ukrainian Constitution, the National Security and Defense Council is a “coordination body to the President” that “controls the activity of bodies of executive power in the sphere of national security and defense.” Its membership is largely determined by the President but must include the Prime Minister and Interior Minister, along with the ministers of defense and foreign affairs, who are both appointed by the president.

For much of its quarter century history, the council has focused primarily on external threats and has usually been summoned to show national unity in the face of external crises. It has traditionally been a backwater when it comes to domestic politics and policy.

But all that changed on February 2 when, at the initiative of President Zelenskyy, the NSDC voted to impose sanctions on Russia’s fifth column in Ukraine. This included the takeover of assets belonging to a pro-Russian parliamentarian who is the nominal owner of a large news media empire. The sanctions against legislator Taras Kozak and his TV news channels 112, NewsOne, and Zik were justified by his alleged participation in trade with the Kremlin-controlled “people’s republics” in Russian-occupied eastern Ukraine.

Two weeks later, sanctions measures were extended to include the assets of Opposition Bloc-For Life leader Viktor Medvedchuk and his wife.

On March 19, the NSDC mandated a far-reaching audit of the ownership and extraction of Ukraine’s subsoil resources, mainly energy fuels and minerals. This involved examining the conditions under which all leases, concessions, and production-sharing agreements had been issued since 1994. Explaining the decision, Danilov declared: “if there were violations in the licensing of these resources, they will be returned to the Ukrainian people.”

In addition, the Council made a decision calling for a review all decrees issued by Yanukovych, who has been convicted of treason in Ukrainian courts. The review aims to ascertain which of the former Ukrainian president’s decrees endanger national security.

Critics suggest the weekly announcements of sanctions and presidential decrees are carefully orchestrated PR stunts. If these measures run out of steam, the critics will be proved right. However, if they retain their current momentum, these sanctions cumulatively can become instruments of systemic change in the country’s corrupted legal and economic systems.

The flurry of sanctions undertaken by the Council and Zelenskyy may have been inspired by recent US policy moves. In September 2020 and later in January 2021, the United States government announced sanctions against Ukrainian MP Andriy Derkach and his associates, who were labeled as Russian agents engaged in interference in US elections. Reacting to these decisions, Zelenskyy is believed to have asked his staff whether there were similar sanctions mechanisms Ukraine could employ against those it deemed as threats to national security.

Danilov’s legal team and that of President Zelenskyy then set about developing the parameters for the extension of sanctions measures formerly employed against foreigners in order to target Ukrainians. These parameters appear to extend sanctions to Ukrainians and corporate entities held by Ukrainians if they are found to have engaged in economic cooperation with terrorist entities, if they have been convicted of treason, or have if they have taken foreign citizenship (as in the case of Yanukovych and his allies).

The recent role of the NSDC is not entirely unprecedented.

Following the 2004 Orange Revolution, Ukrainian President Viktor Yushchenko twice attempted to use the National Security and Defense Council to influence domestic policy. The first attempt was an effort to check the power of Prime Minister Yulia Tymoshenko, and the second came during a battle over power and influence with Prime Minister Viktor Yanukovych. Both attempts ended in failure.

This time, with a Kremlin-driven war simmering in eastern Ukraine and parts of the country occupied by Russia, President Zelenskyy has revived the NSDC by focusing on Russian-linked domestic threats to national security. This more expansive definition of national security has great resonance with the public and much of the Ukrainian political elite.

To be sure, most of the decisions of the National Security and Defense Council, along with President Zelenskyy’s decrees, are and will be subject to court challenges. But in Ukraine’s unpredictable courts, the only thing that can be predicted is that most cases will take years to adjudicate. For the moment, at least, the Council’s far-reaching decisions will remain in force. This means that Oleksiy Danilov is set for an extended period at the center of public attention.