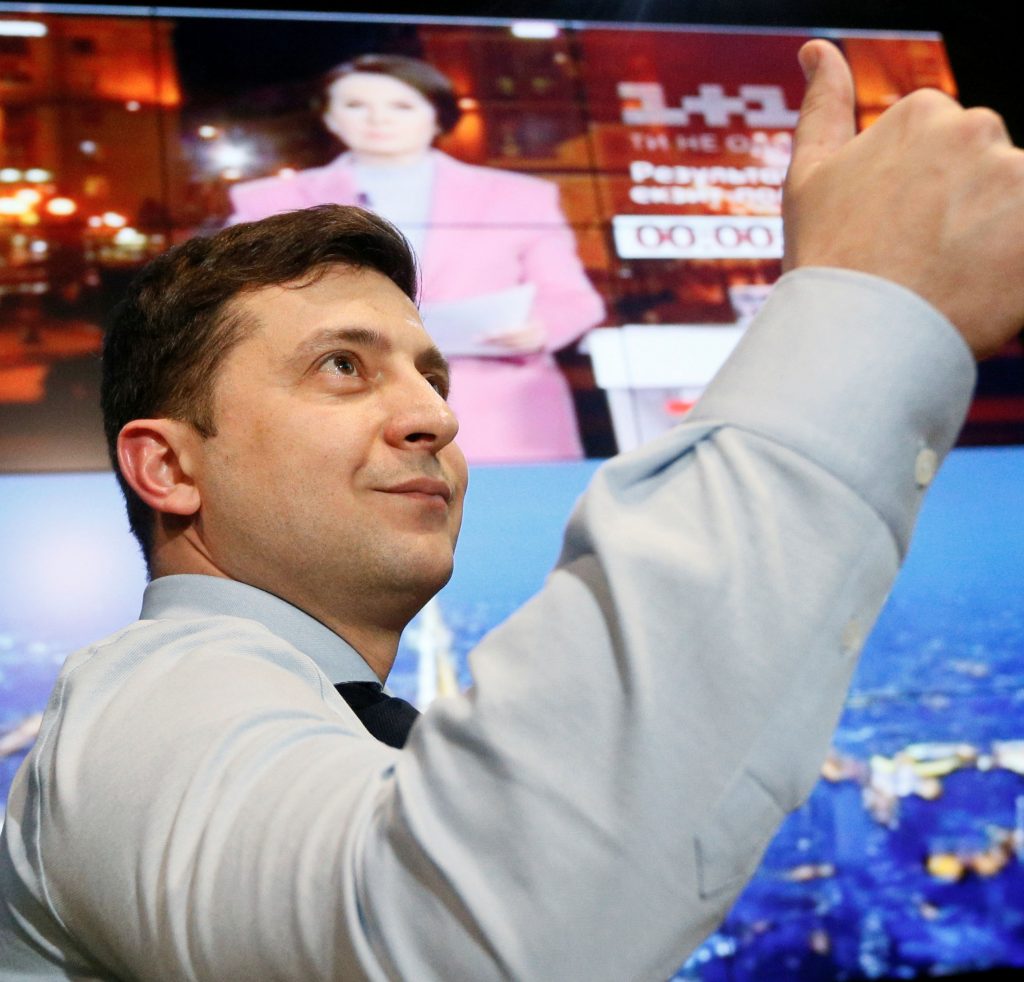 Volodymyr Zelenskiy’s stunning victory in the first round of Ukraine’s presidential election on March 31 would have sparked scenes of mass panic in virtually any other European country. With a novice comedian poised to take over the country’s top job and assume responsibility for an ongoing war with Russia, many people would have begun packing their bags, stockpiling tinned food, and preparing for impending catastrophe.

There was little evidence of this in Ukraine in the first days of April as the dust settled on Zelenskiy’s triumph. The majority of Ukrainians simply shrugged and got on with their daily lives, perhaps pausing to gossip about the latest political circus as they enjoyed the fine spring weather. The economy did not crash and there was no rush on the country’s banks. Instead, the Ukrainian national currency actually strengthened slightly against the dollar. Once again, Ukrainians had provided a reminder of why they are the undisputed world champions when it comes to coping with crisis.

The truth of the matter is that while Zelenskiy’s rise has generated breathless international media coverage, in the broader Ukrainian context it is not such a big deal. For a country that has witnessed decades of chronic political instability topped by two post-Soviet revolutions and a five-year war with a global superpower, electing a clown as president is hardly the end of the world. Admittedly, many Ukrainians believe Zelenskiy’s rise is a huge and untimely gamble, but few doubt that Ukraine will survive. After all, Ukraine always survives.

The ability to recover from national crises is plugged into Ukraine’s DNA. This quality shines forth from the first lines of the country’s national anthem, and it remains as evident today as it was back in the early 1860s when those rousing lyrics were first penned. Ukraine’s post-Soviet travails are comparative trifles when compared to the apocalyptic events of the twentieth century, which saw the country facing genocidal onslaughts from both sides as it found itself at the epicenter of the entire totalitarian epoch. If Hitler and Stalin failed to extinguish Ukraine’s dream of statehood, untested political adventurers such as Zelenskiy and totalitarian tribute acts like Vladimir Putin’s have comparatively little chance.

Ukraine’s crisis coping skills are ultimately an unwelcome if necessary attribute. They are the product of a tragic history that has fueled division and dysfunction while scarring and traumatizing the nation in ways that will take many more decades to heal. Nevertheless, anyone wishing to understand today’s Ukraine must take this unique record of resilience into account. To international observers, the country can often appear hopelessly chaotic. Indeed, foreign politicians, journalists, and investors looking in from the outside could be forgiven for assuming that the odds remain heavily stacked against Ukraine. Such negative perceptions come as no surprise but miss the point. In reality, contemporary Ukraine only makes sense when viewed within the context of the almost inconceivable fortitude displayed by successive generations of Ukrainians. For the Ukrainian nation, history has been the ultimate stress test. The country’s continued survival may at first glance appear miraculous, but perhaps we should really expect nothing less.