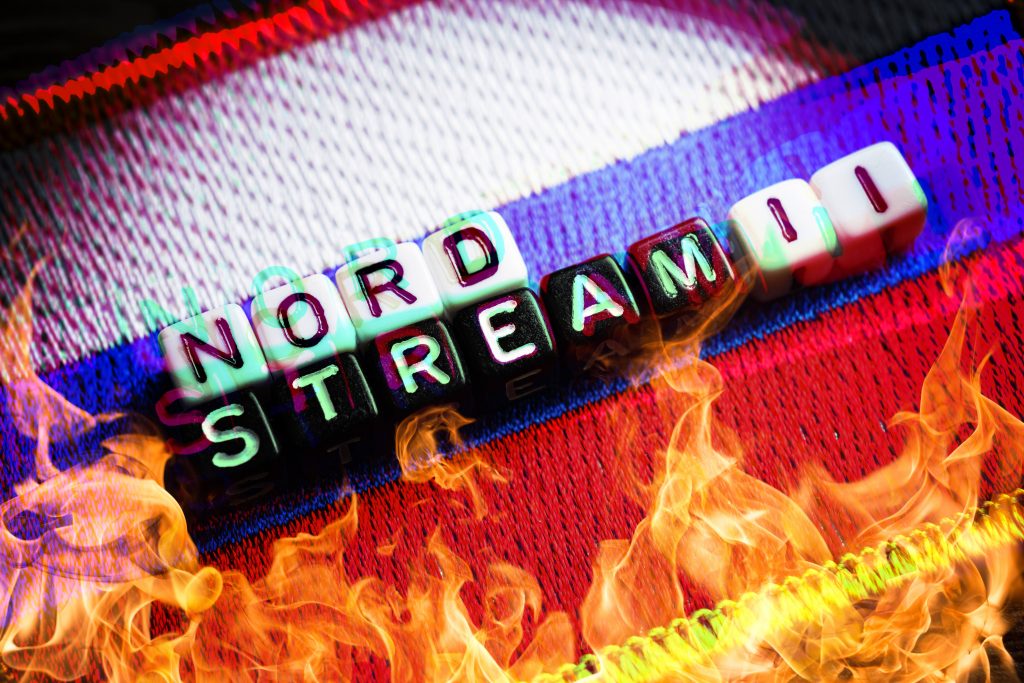 Editor’s note: US senators are expected to vote in the coming days on a bill to introduce new sanctions against Russia’s Nord Stream 2 pipeline. The controversial energy infrastructure project had earlier been opposed by the US but the Biden Administration waived sanctions in May 2021 in a bid to repair ties with Russia’s pipeline partner Germany. On the eve of the vote, representatives of Ukrainian civil society have issued the following appeal calling on senators to back sanctions.

As representatives of Ukrainian civil society, we call on the US Senate to back the new bill sanctioning the Nord Stream 2 pipeline and encourage the Biden Administration to swiftly provide Ukraine with defensive weapons.

In July 2021, the US and Germany committed themselves to “hold Russia to account for its aggression and malign activities by imposing costs via sanctions and other tools.” Since then, Russia has maliciously cut gas flows to European countries, contributing to the creation of an artificial gas shortage that caused gas prices to spike to record levels. This has threatened Europe’s ability to supply heat during the winter season. The US has responded by sending shipments of liquefied natural gas (LNG), reminiscent of the delivery of coal to West Berlin by airlift during the Soviet blockade in 1948-1949.

The revenues of Russian gas giant Gazprom last year approached the highs of 2013-2014. However, just as then, Russian President Vladimir Putin will use these profits not to improve the lives of Russians but to expand and modernize his armed forces and embark on new foreign policy ventures.

Since late October 2021, Russia has amassed more than 120,000 troops close to the Ukrainian border along with the logistical support for a major new offensive. This menacing build-up had been accompanied by increasingly belligerent rhetoric from senior Russian officials.

We believe the green light given to the Nord Stream 2 pipeline in May 2021 served as one of the key triggers for the current crisis and must be urgently revised. At present, Ukraine’s gas transit system is vital for the delivery of Russian energy supplies to the EU market. Since the outbreak of Russian hostilities towards Ukraine in 2014, the need to keep this transit system operational has served as a critical deterrent against an escalation in Russian aggression.

However, the Kremlin has been working for many years to reduce this reliance by bypassing Ukraine with projects such as Nord Stream 1, TurkStream and Blue Stream. If Nord Stream 2 becomes operational, it will eliminate the deterrent value of Ukraine’s gas transit system and free Putin to expand his attack on the country.

US Secretary of State Antony Blinken claimed on January 9 that if Russia renews its aggression against Ukraine, “it would certainly be difficult to see gas flowing through [Nord Stream 2] in the future.” We cannot agree. On the contrary, there are good reasons to believe that if Russia damages or destroys Ukraine’s gas transmission system, Germany will not halt Nord Stream 2. Indeed, Putin may be counting on it.

Germany could justify such a controversial decision by citing the lack of alternative pipeline routes and arguing for the need to address Russian aggression via dialogue and diplomacy. Kevin Kuehnert, a senior official from the Social Democratic Party (SPD) which leads Germany’s new coalition government, recently confirmed these fears, telling Reuters that Nord Stream 2 “should not be mixed up with responses to Russia's territorial controversies with Ukraine.”

There are many other reasons why Nord Stream 2 should be sanctioned. It undermines transatlantic unity as most Central and Eastern European countries oppose the project. The pipeline will make Europe more dependent on Russian gas and increase Putin’s geopolitical leverage over the continent, while violating EU energy legislation and the European Union’s Green Deal. It also contradicts the White House’s anti-corruption memorandum.

The coming days are a critical period for Europe. Putin is currently weighing up the risks and benefits of a dramatic escalation in his war against Ukraine, and Nord Stream 2 will play an important role in these calculations. It is critical to deter him now before it is too late. Putin must be sent a clear and unambiguous message that Nord Stream 2 will not be allowed to enter service. We therefore urge the US Senate to adopt the new bill introducing sanctions on the pipeline.

We also call upon senators to encourage the Biden Administration to provide Ukraine as soon as possible with the necessary defensive weapons to help the country defend itself against Russian aggression. This should include anti-aircraft, anti-drone, and anti-sniper systems along with access to signals intelligence and satellite data.

Russian aggression against Ukraine is part of a mounting global confrontation between democracy and a resurgent brand of authoritarianism championed by Vladimir Putin. Nord Stream 2 is one of Putin’s most important geopolitical weapons. By blocking this pipeline, the US can make an important contribution to protecting Ukrainian sovereignty and safeguarding European security while defending America’s own national interests.

Hanna Hopko, Head of the Rada Committee on Foreign Affairs (2014-2019), Board Member at the ANTS National Interests Advocacy Network

Olena Halushka, Board Member at the Anti-corruption Action Center

Mykhailo Gonchar, President of the Center for Global Studies “Strategy XXI”, Adviser to the Secretary of the National Security and Defense Council (1996-2000)

Lesia Matviychuk, Head of the Board of the Center for Civil Liberties

Mykhailo Zhernakov, Chair of the Board of DEJURE Foundation, Judge of the Vinnytsia District Administrative Court (2012-2015)

Ostap Yednak, Secretary of the Rada Committee of Environmental Policy and Nature Protection (2014-2019), Board Member at the ANTS National Interests Advocacy Network

Agiya Zagrebelska, Head of the Board at the Antitrust League

Ostap Kryvdyk, Advisor to the Speaker of the Parliament of Ukraine (2016-2019), RCDS Member

Image: US senators are expected to vote in the coming days on a bill to introduce new sanctions against Russia’s Nord Stream 2 pipeline. (image/Christian Ohde via Reuters Connect)