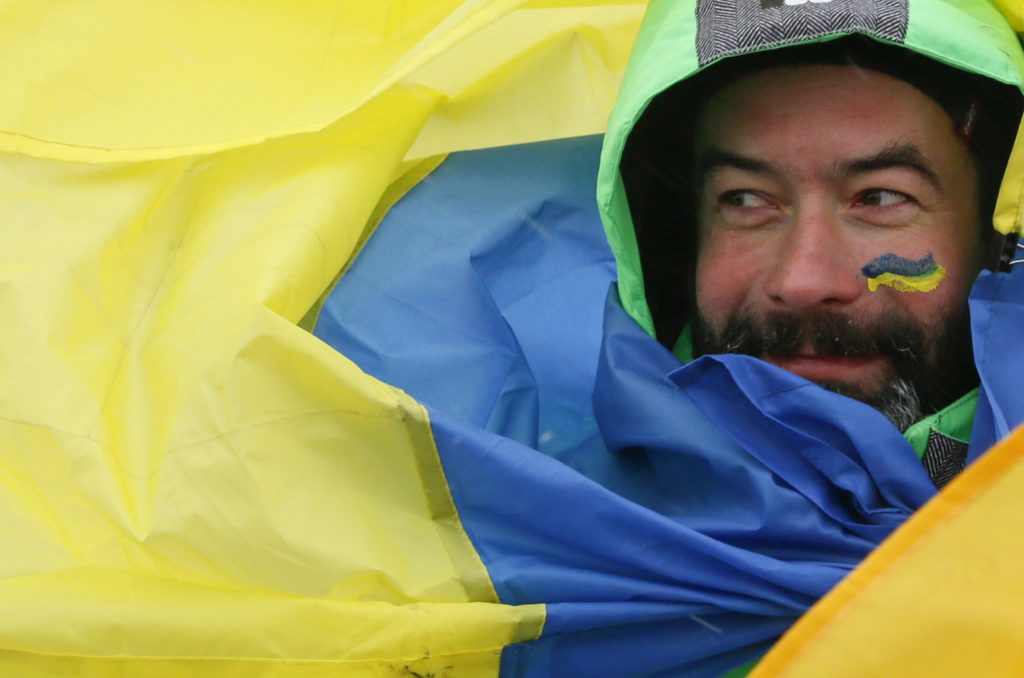 My source leaned forward and said in a muffled voice: “The latest news is that grey cardinal Igor Kononenko’s men have been placed inside Ukrainian Railways, and Member of Parliament Sergei Fayermak of the People’s Front is now in charge of all the seaports.” This conversation with a government insider took place in the middle of January. Three months had passed since President Petro Poroshenko declared that “the decisive work on reforming the country will begin” after the October 25 elections. Instead, the only thing that’s begun is the exchange of one network of state cash flow with another.

The air smells of rigged elections, and that means it’s time for politicians to make money with double the vigor. The legacies of the Polish reforms have been perversely misconstrued in Ukraine, and the country is enduring shock but no therapy. Time is running out and the people’s trust has been squandered. The level of public support for Prime Minister Arseniy Yatsenyuk has fallen to 1 percent. Poroshenko’s approval rating is around 5 percent.

Most citizens consider the fight against corruption the President’s responsibility. His inability to sacrifice the little things—like the general prosecutor—for the sake of the bigger picture is dragging his ratings to rock bottom. The procuracy is hoping for the collapse of the National Anti-Corruption Bureau (NABU) with its fingers crossed: At the end of 2015, Prosecutor General Viktor Shokin wrote an angry letter to Artem Sytnik, the head of NABU, asking him to investigate dozens of cold cases that had been lying around for decades. Thankfully, a new law saved NABU from this avalanche of unfinished prosecutorial casework, finally giving NABU a chance to fight corruption.

Of course, one could write an entire dissertation on corruption in Ukraine. A group of French diplomats recently shared with me their experiences in dealing with Ukrainian cronyism. In one case, a Rada Deputy allegedly arrived at a French bank with 100 million stolen dollars. He was not punished, and in a previous Ukrainian parliament he was appointed head of a group on interparliamentary cooperation between the Rada and France’s National Assembly. French supermarket firm Leroy Merlin has been struggling for many years to get our justice system to pay to attention the monopoly set up by competitor Epicenter. One of the deputies from the National Front has been trying to engineer a takeover of the beverage company Marie Brizard Wine & Spirits for several months now, and French diplomats are forced to attend court hearings, hoping that their presence will keep the judges from handing down corrupt rulings.

This has been going on for decades. Many have forgotten that in the middle of the 1990s Motorola announced its departure from the Ukrainian market because of Pavlo Lazarenko. In the 2000s, agrobusiness group Alfred C. Toepfer International gave out tens of millions of dollars in bribes to avoid paying taxes (to have a reimbursement of VAT). Years later it admitted the crime to the American courts and paid a fine of $17.8 million. It is no surprise, therefore, that in Ukraine there is still no IKEA, a company that refuses to operate in corrupt countries.

It is often said that in order to defeat corruption we must do whatever it takes to ensure that no bribes are given whatsoever. However, no less is important is the necessity to set a precedent of harsh punishments for those who engage in bribery. This is what Italy did in the 1990s when it began the “Mani Pulite” or “Clean Hands” investigation. After years of cronyism between politicians and local clans, investigators began to sense they had the support of the people. Refusing to back down, they eventually defeated corruption. The name of Milan’s prosecutor, Antonio di Pietro, can now be found in the nation’s history books.

Today we have a similar situation in Ukraine, when society is ready to give carte-blanche to the leader who will fight corruption until the end.

On January 18, a public anticorruption forum in the city of Kharkiv took place for the third time. Three thousand people showed up, despite the fact the city was covered in snow, that the event occurred at the end of a work day, and that it was hosted outside of the downtown area. This proves that people are worried about more than just cheese and sausage. They understand that we’ve lost our army and territory directly due to corruption. Because of corruption the hryvnia has collapsed and the economy has spiraled into a depression.

Still, we must remember that even the brightest leader cannot fight corruption alone. Recently, I went to the regions to study the public’s reaction to Mikheil Saakashvili, the Odesa region’s local governor and ex-president of Georgia. Our electorate very easily creates idols out of men. People are reacting to Saakashvili the way they reacted to Viktor Yushchenko twelve years ago and Yulia Tymoshenko eight years ago. They forget that Saakashvili is famous not for sweet speeches, but for unpopular reforms.

We continue to wait for our “messiah,” who will fix all of our problems. We don’t realize that every person is responsible for a small personal mission to pressure the government anyway he can to fight corruption. Anticorruption forums must start to appear in every city. Those who fight corruption must sense our support. That is how Clean Hands defeated corruption in Italy. Thus we must prepare for a lasting battle—one we are obligated to win.

Sergii Leshchenko is a member of parliament in Ukraine and former deputy editor of Ukrayinska Pravda. This article was originally published in Russian by Novoe Vremya. Joshua Solomon translated the article.