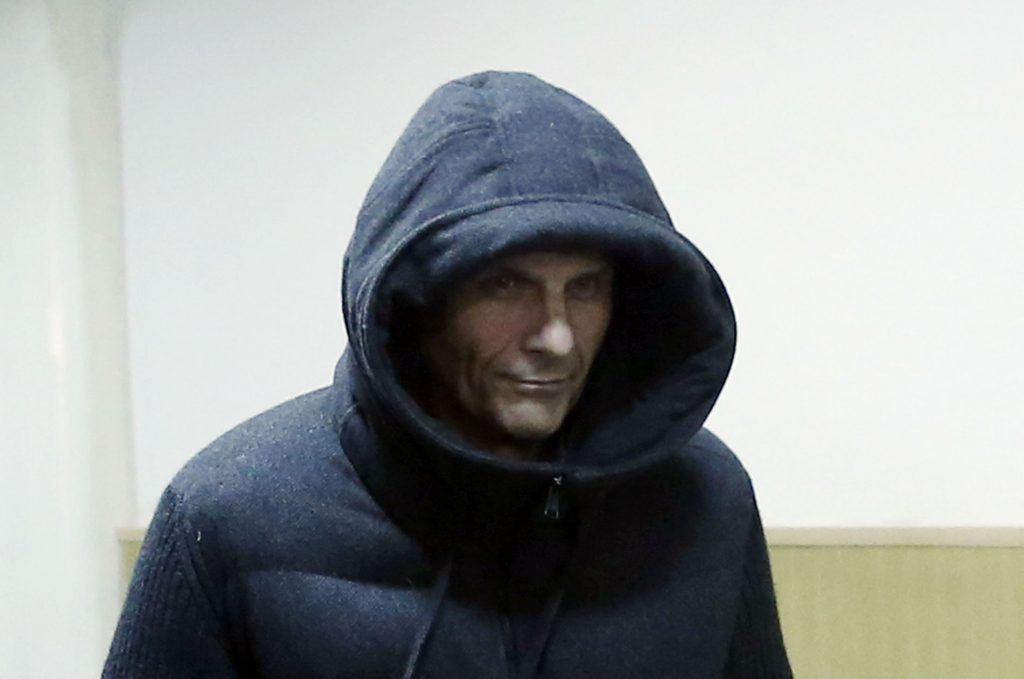 To international observers, Russia’s ruling party might appear to be a typical political organization. But in fact, there is a deep connection between Russian President Vladimir Putin’s political party, United Russia, and organized crime. The party has become riddled with corruption and lawlessness, and the way to fortune and unbridled power in Russia today is to curry favor with the party, where high-level political appointments inevitably lead to access to wealth through criminal and kleptocratic networks.

United Russia emerged shortly before the 1999 parliamentary elections. It was then a political movement called Unity, and Russian oligarchs actively supported it from the start. Unity won a majority of seats in the State Duma in the 1999 elections, and in 2001, the movement was converted into a party and changed its name to United Russia.

Meanwhile, Putin was gradually consolidating his power in the country, and United Russia became a key element of the new system. Relying upon a media monopoly, the use of administrative resources, and financial support from oligarchs, United Russia gradually gained control over the entire legislative branch and all levels of government, from the federal to the municipal.

However, not many Russian citizens share the president’s opinion. According to a poll conducted by the Levada Center in 2013, more than half of all Russians considered United Russia to be a party of crooks and thieves, and 62 percent of the population believed that Putin’s subordinates were only interested in strengthening their personal authority and financial benefits.

Russians’ attitude toward the ruling party is hardly surprising. Over the years of a de facto political monopoly, many top United Russia representatives have been involved in widely publicized criminal cases. With ever-increasing frequency, State Duma members, senators, governors, and mayors representing the ruling party have been imprisoned on charges of corruption and bribery, and even of masterminding murders.

In the 1990s, criminal organizations either opposed the state or bribed its representatives. However, the turn of the twenty-first century was marked by a new trend: organized crime groups began penetrating government structures through United Russia. Thugs from the 1990s traded their leather jackets and gold chains for business suits and party membership cards and soon they too were occupying government offices. Criminal elements essentially began using the structure of the country’s main political party as a means of upward social mobility; it allowed them to integrate into the government system and to gain access to resources.

This process led to a dramatic increase in corruption and to wide-scale theft of the nation’s wealth. Criminal structures were establishing strict control over entire sectors of the Russian economy. Several regions were left completely at the mercy of organized crime groups acting under the protection of the United Russia party.

United Russia’s leadership claims that criminal activity among the party’s representatives is a rare phenomenon. However, the number of criminal cases against United Russia officials who occupy government positions suggests the opposite. In fact, the geography of crime involving members of the ruling party covers the entire country, as well as every level of government. But although law enforcement bodies have achieved some success, they are generally unable to curb the corruption that has pervaded the entire country and in some cases has even reached the international arena.

The entire country is in the clutches of a venal system. In order to get access to the feeding trough of public funds, one must simply share one’s profits with those who offer protection from above. As a result, since United Russia’s rise to power, the party has established itself as a route to upward mobility for criminal elements. These criminals have adapted, and have managed to successfully integrate themselves into government bodies by using the party’s resources.

In supporting United Russia, Russian citizens are contributing to a corrupt system that poses a danger to the state itself.

Ilya Yashin is a Russian activist and liberal politician in Russia, and the deputy chairman of the People’s Freedom Party (PARNAS).

Image: Former governor of Sakhalin region Alexandr Khoroshavin is escorted inside a court building as he attends a hearing in Moscow, March 4, 2015. In 2015, he was arrested on bribe-taking charges; after his arrest, it was discovered that he had set up a system of extortion and bribery on a vast scale. REUTERS/Maxim Zmeyev